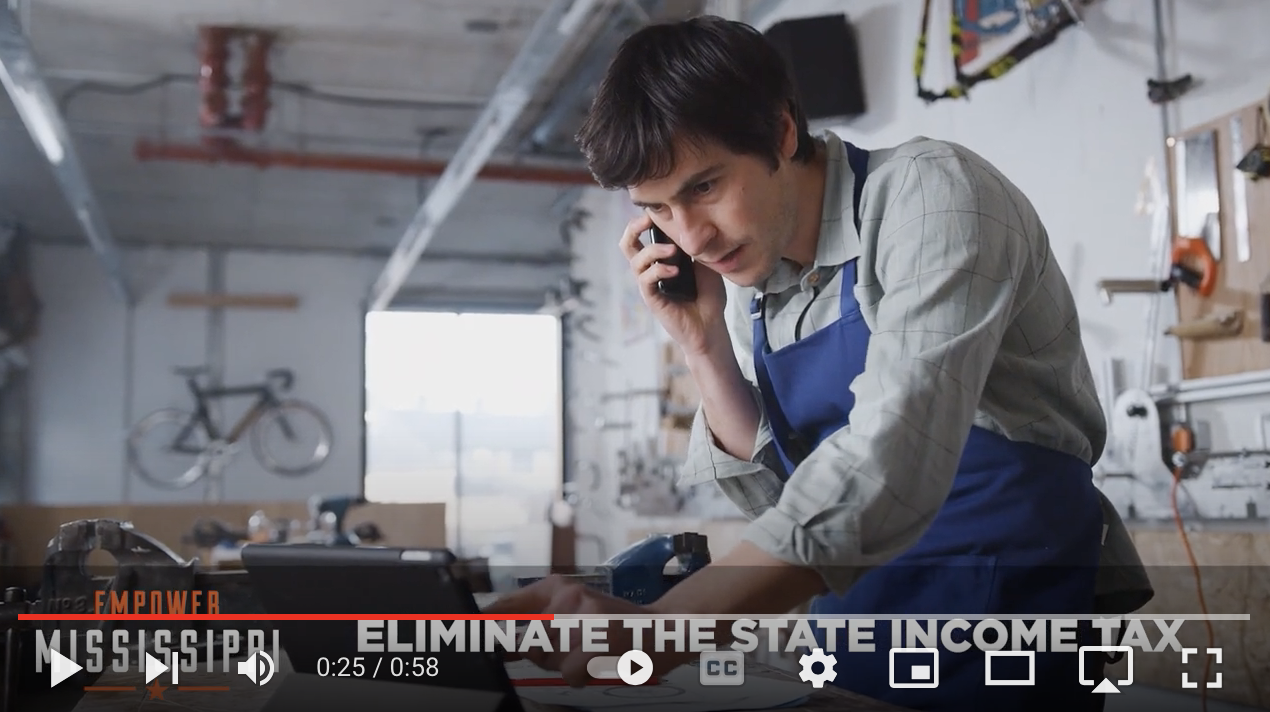 Empower Mississippi released a new video that is running on social media in support of income tax repeal proposals moving in the legislature.

Under House Bill 531, the mechanism for repeal begins by raising the personal exemptions to $37,700 for single workers and $75,400 for married workers. The remainder of the income tax elimination would occur in subsequent years by allowing for a reasonable rate of growth in government spending, 1.5 percent, but applying any revenue collected over that rate of growth to increase the exemption until the tax was completely repealed.

Empower has also released detailed information on how the income tax repeal, as outlined in HB 531, would impact different people.

Empower has spent two years building the case for income tax repeal, which culminated in a report last year that provides dynamic modeling under two scenarios for eliminating the income tax, a comparative analysis that demonstrates that states without income taxes can both sustain reasonable government spending and thrive economically, and some policy considerations for lawmakers weighing transformative tax reform.