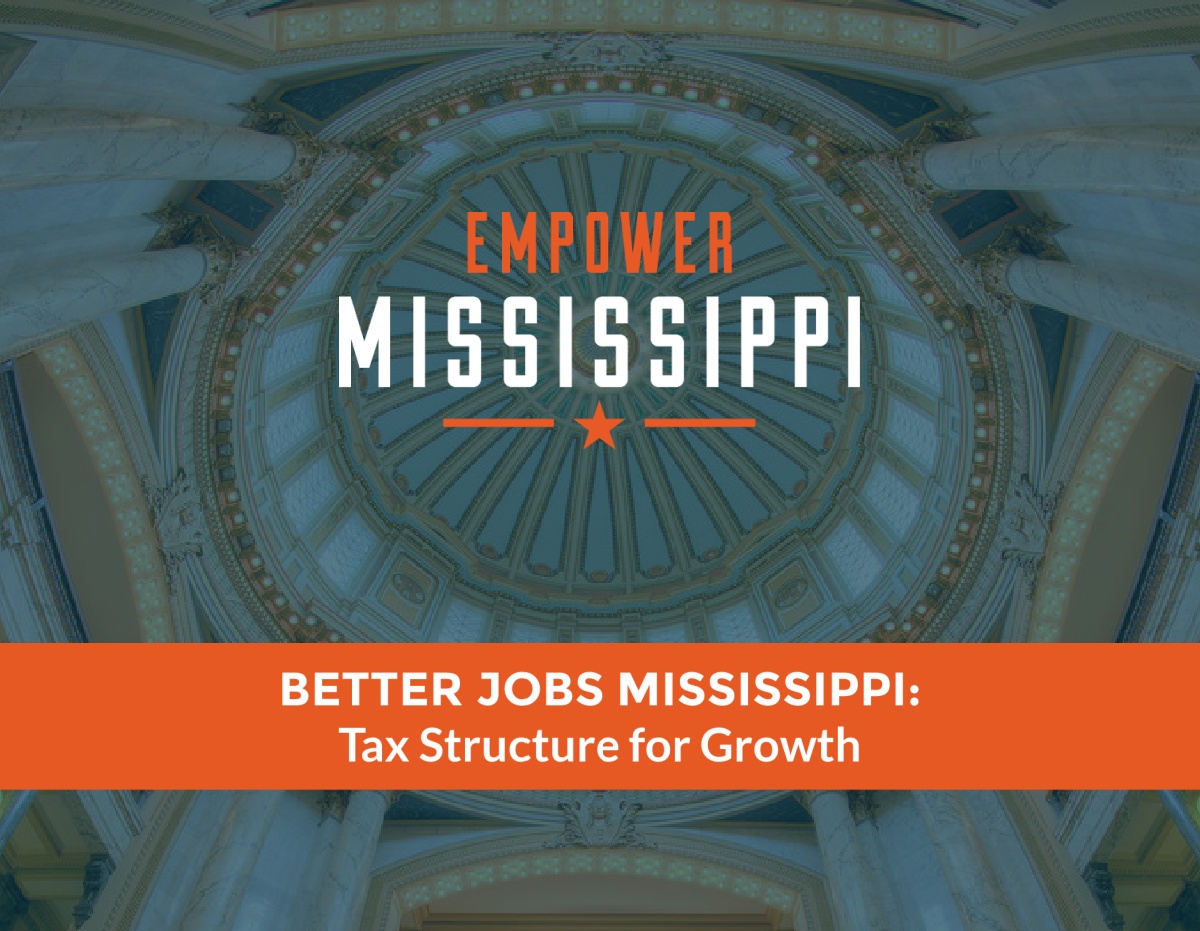 Empower Mississippi has released a new report that provides dynamic modeling under two scenarios for eliminating the income tax, a comparative analysis that demonstrates that states without income taxes can both sustain reasonable government spending and thrive economically, and some policy considerations for lawmakers weighing transformative tax reform.

“Empower embarked on this effort to provide lawmakers academic research on the potential impact of eliminating the income tax in Mississippi, as well as actionable insights into how other states operate without income taxes,” said Empower President Russ Latino. “After performing the dynamic and comparative analysis, we are convinced that if structured correctly, the elimination of the income tax could have a profoundly positive effect for all Mississippians, allowing families to save more and invest more into their communities and growing opportunity.”

The comparative analysis in the report demonstrates that Mississippi has struggled over the last decade, with the lowest median household income in the country, the second-lowest labor force participation rate, and stagnate real GDP and population growth. Meanwhile, revenue to the state government has increased by nearly a third, and Mississippi has the 17th highest tax burden in the country.

Finally, the report offers analysis of how consumption taxes might be adjusted to ensure that government funding is sufficient to provide for core functions, effective use of triggers, and the importance of a strong fiscal rule to ensure long-term success.