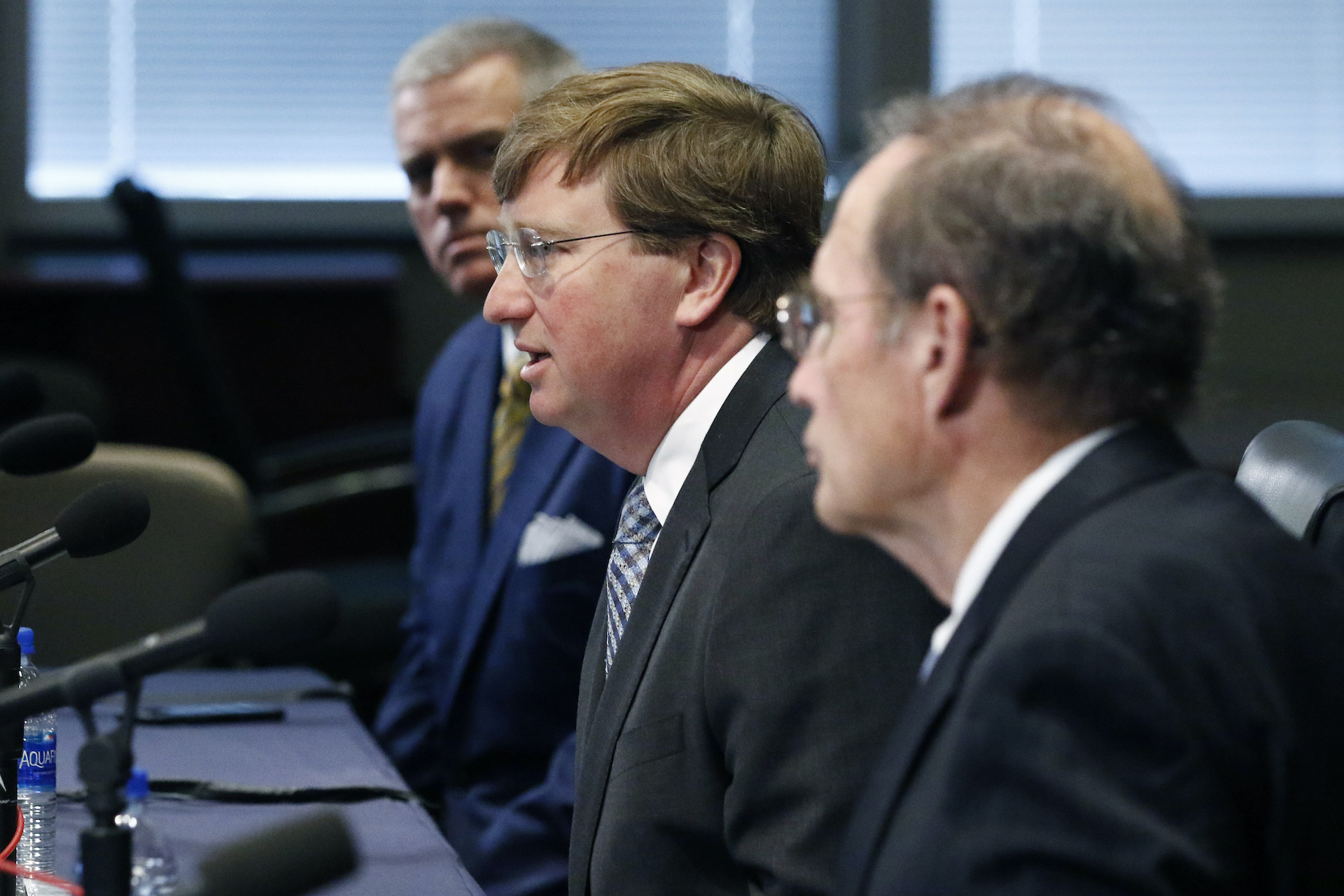 For the last year or so, the state of Mississippi has been abuzz with the idea of eliminating the income tax. Gov. Tate Reeves has named it a top priority. The Mississippi House of Representatives has twice passed a proposal to do so and we have explained and evaluated the impact of the most recent version, the Mississippi Tax Freedom Act of 2022, in past installations.

This week the Mississippi Senate outlined its own proposal for tax relief, though it has not yet been filed in bill form. So how do the two plans compare?

Under the Senate plan, Mississippi taxpayers would receive a one-time rebate between $100 and $1,000, with the amount based on a percentage of a taxpayer’s 2021 tax liability, and the 4 percent income tax bracket would be phased out over the next four years. The legislature has previously eliminated the 3 percent income tax bracket on the first $5,000 of taxable income. The 4 percent bracket currently applies to the next $5,000 of taxable, for a maximum tax liability of $200. This means that under the Senate plan, Mississippians would experience up to $1,050 in tax savings in the first year, including the one-time rebate. Thereafter, taxpayers would experience $100 in tax savings in the second year, $150 tax savings in the third year, and $200 tax savings in the fourth year and every year to follow.

After year four of the Senate plan, Mississippians would not pay income taxes on the first $10,000 of income. The Senate plan would keep the 5 percent bracket intact on all income over $10,000, essentially a flat tax. However, the tax base will be narrowed with fewer payers. The House plan, by contrast, would eliminate income taxes for all taxable income up to $40,000 for a single filer and all taxable income up to $80,000 for a married filer in year 1, including available standard deductions. This represents an immediate $1,585 tax savings for the single filer and $3,520 savings for the married filer to continue in perpetuity.

A review of how the House and Senate plans would impact various people. 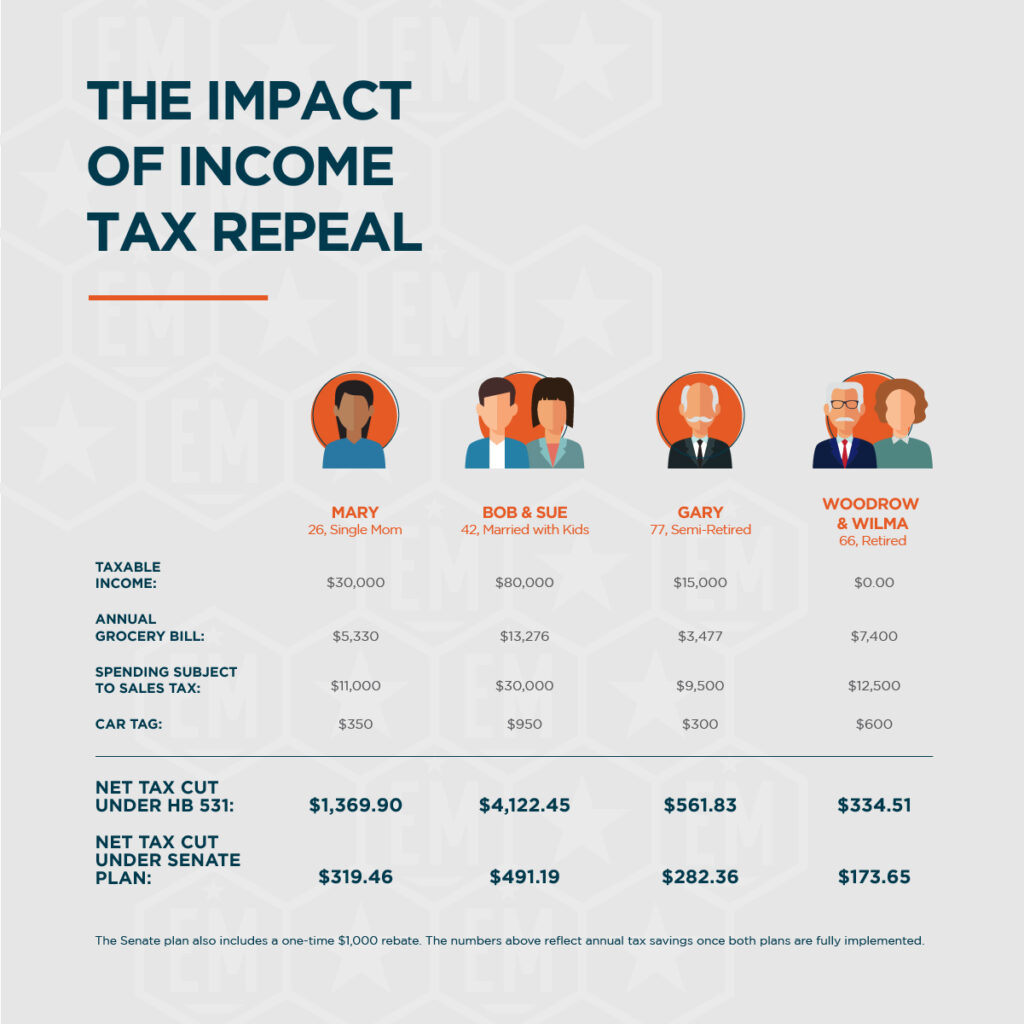 Thereafter, the House plan would gradually phase out the remaining income tax on single earners making over $40,000 and married owners making over $80,000 using growth in revenue to government over 1.5 percent to reduce the tax burden. To partially fund the larger initial cut, the House plan proposed a 1.5 percentage point increase in the general sales tax, bringing Mississippi’s rate to 8.5 percent. The Senate plan does not include an offset to the general sales tax.

While the House plan represents a substantially larger tax cut on net, it has faced criticism of being too large of a cut to allow for sustained government spending. It has also faced questions about how the increase in the general sales tax will affect certain populations, including low-income earners and retirees. The Senate plan avoids some of these questions by going much smaller and not including any offsets. While scenarios we’ve run show that even with the increase in general sales tax, the overwhelming majority of Mississippians would experience a much larger net tax cut under the House plan, more analysis can and will be done in future installments to analyze the potential fiscal impact and sustainability of the two proposals.

What is clear is that both plans present an opportunity for additional conversation about how best to position Mississippi’s economy to be competitive for the future. That’s a positive step. Both plans also present a contrast, with a Senate plan that is simple and safe and a House plan that is bold and slightly more complicated. Fortunately, we’re left with a lot of room for negotiation toward a transformational impact in Mississippi.