Another path to income tax repeal 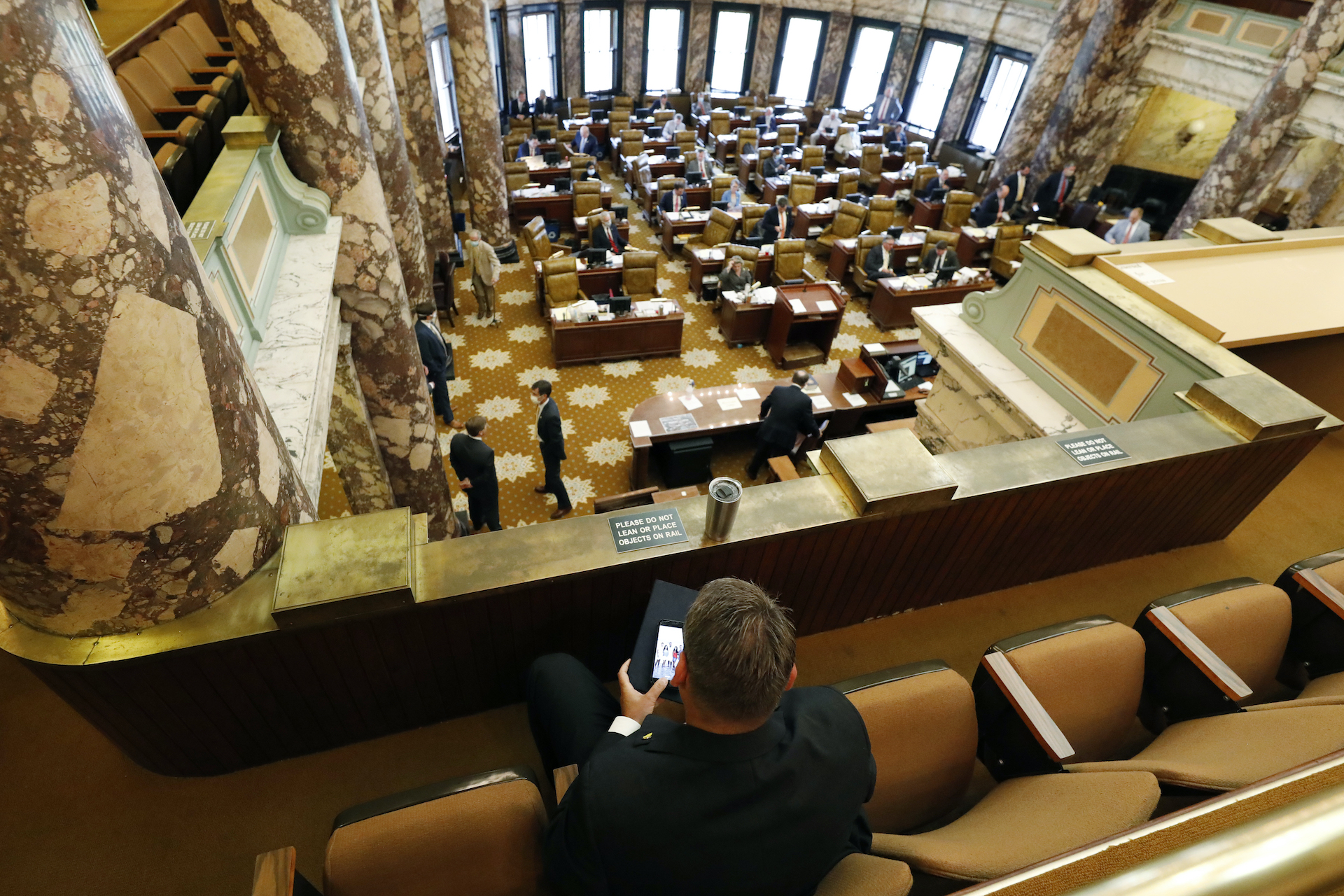 In the classic children’s story of Goldilocks and the Three Bears, the title character finds herself in a situation of testing three bowls of porridge, three chairs, and three beds to find the one that works for her. One bowl of porridge is too hot, one too cold. One chair is too big, one chair is too small. One bed is too hard, one bed is too soft. But for Goldilocks, each of the third options was “just right.”

In the debate over tax reform, there are two competing proposals presently on the table. The House plan, which would eliminate the income tax, is perceived by its counterparts in the Senate as being too big and risky. The Senate plan, which would phase out the 4 percent bracket over 4 years, is perceived by their counterparts in the House as being too small and safe. But in Goldilocks, and here in real life, we are not limited to only two options. There is middle ground to be found that could be “just right” if people are serious about delivering transformative tax relief to Mississippians, as they should be.

In recent weeks, we’ve done a breakdown of the differences between the House and Senate plan designs and the impact both would have for taxpayers. Not surprisingly, the House plan represents a much larger net cut, even when the general sales tax offset is factored in.

We also have a breakdown of how the state could afford to implement a plan like the House’s using massive surpluses, reserves, and natural growth over time. Both of these breakdowns are helpful if you want to understand the current state of play and what’s at stake.

While I think the House plan can work and yield big dividends if the legislature is willing to tighten its belt, it would be a mistake to think either it or the Senate plan is the only way.

There are other ways to set us on a path to eliminate the income tax. As an example, one path would be to start by creating a 4 percent flat tax. This would represent a 20 percent reduction in the top marginal rate that applies to all income over $10,000. Most economists would tell you that reduction in rates is how you get the quickest impact on an economy because you immediately deploy and attract capital in the private sector. By creating a 4 percent flat tax, the legislature would make Mississippi immediately competitive with surrounding states. Louisiana just reduced its top marginal rate to 4.25 percent, for instance.

There are more than sufficient resources to move to a 4 percent flat tax on all income as a starting point to eliminating the income tax. Last year, the state collected more than a billion dollars over the revenue estimate. It is on track to do so again this year. We’re projected to have over $4.4 billion in reserves next year. Even if the legislature increased its spending from $5.8 billion to $6.1 billion, and even if revenue fell from the current $7 billion trajectory to $6.5 billion, we could afford to create a 4 percent flat tax tomorrow without dipping into reserves.

Unlike the House plan, a plan that starts by creating a 4 percent flat tax could be implemented without an offset in the general sales tax and with far fewer questions about whether we can afford it. Unlike the Senate plan, it could be combined with a fiscal rule that allows the remainder of the income tax to be phased out by reducing the rate using revenue growth above a trigger. The plan could easily incorporate some additional grocery tax and car tag relief if those are popular elements of the current plans.

In the quest to make Mississippi the most job-friendly and competitive state in the country, we need not limit ourselves to one mechanism for achieving income tax elimination but recognize there are many tools at our disposal.

What is important is the bigger vision to move Mississippi forward.