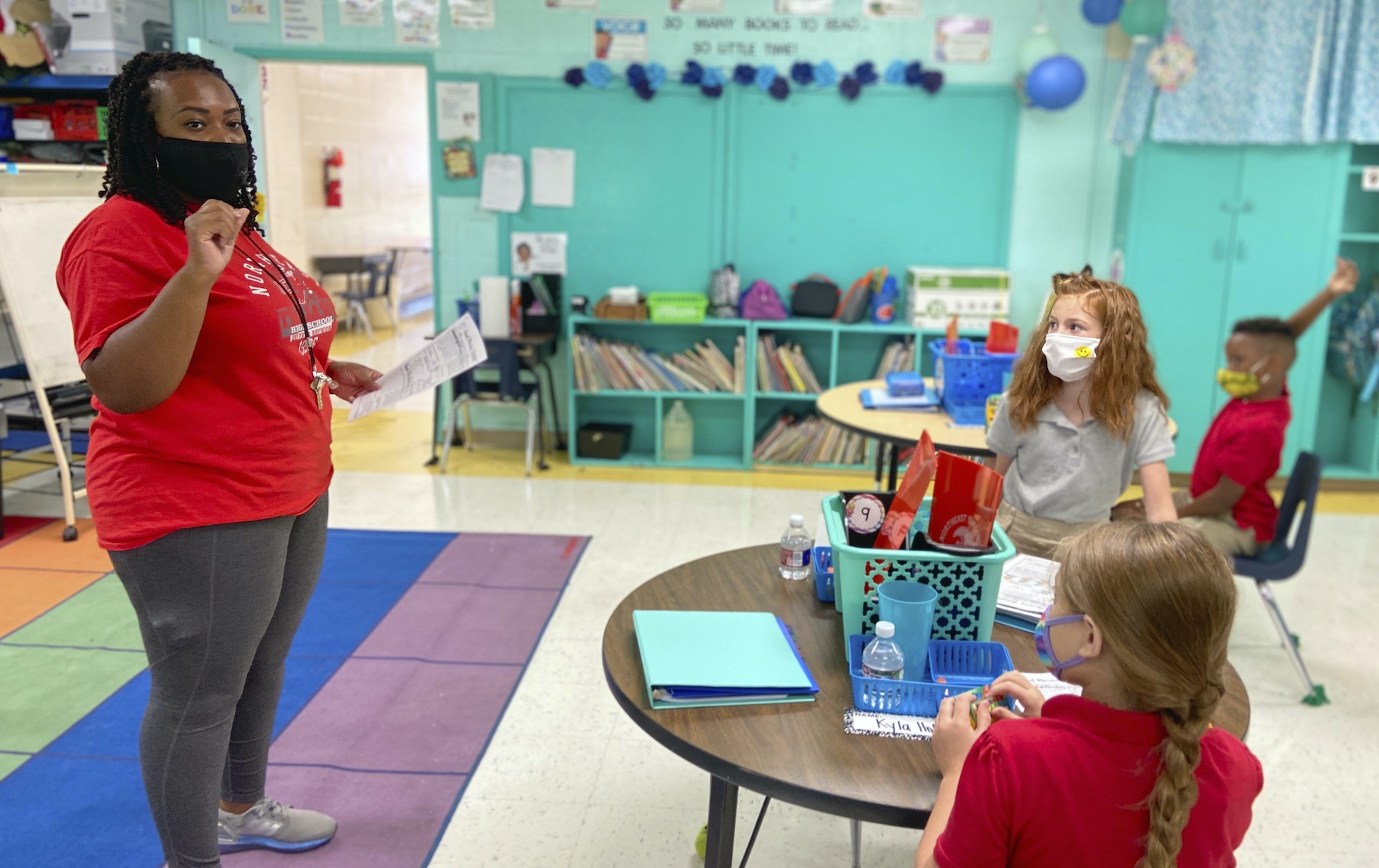 On the morning after the Mississippi House of Representatives passed both a landmark income tax elimination and a landmark teacher pay raise, I rolled out of bed, picked up my phone, and was confronted by an ad from a special interest group that purports to represent parents with kids in public schools. This ad suggested teachers should support the teacher pay raise, but oppose income tax elimination.

As a parent of two kids in Mississippi public schools, the ad certainly didn’t speak to me. As someone who has been around politics for a while, it struck me as a peculiar tightrope to walk. As someone who can do at least some basic math, it seemed the ad was asking teachers to work against their own self-interest.

First, a word on the tightrope. Teachers deserve to be well paid and the legislature is right to try and address the question of compensation in a thoughtful way. I think most voters, and among them, most taxpayers would agree. But make no mistake, government, including key priorities like education, is funded by taxpayers.

Whether the Senate plan or the House plan, taxpayers are about to make a huge investment into teacher salaries. To simultaneously suggest that these same taxpayers shouldn’t also get some financial relief, in the form of getting to keep more of what they earn, seems odd and counterproductive. Indeed, I don’t think it’s a position most teachers would hold.

Second, teachers would directly benefit from income tax elimination, a reduction in the grocery tax and a reduction on car tags, all of which are features of the current proposal. They would get to keep more of what they currently make and more of any raise the legislature passes this year.

Here’s an example. Meet Mary. Mary is 26, a single mom, and an elementary teacher. After the current head of household exemptions and available deductions are applied, Mary takes home about $30,000 in taxable income. If the current proposal were to be fully implemented, Mary would stand to save over $1,300 a year in tax payments. 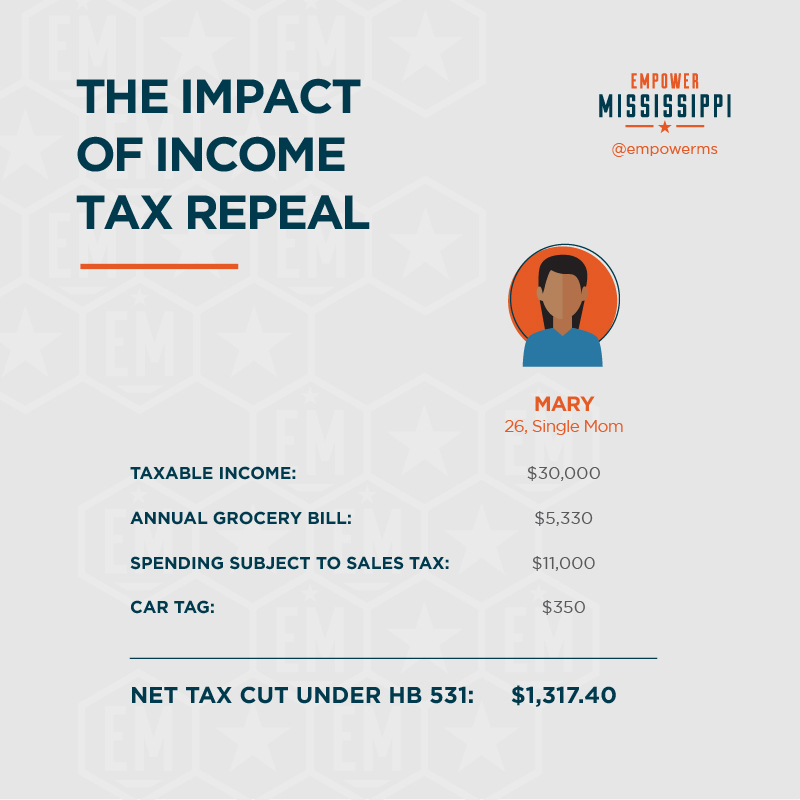 Many teachers with experience and advanced certifications will experience even greater savings. Notably, many teachers also have working spouses that would benefit directly from tax savings on their own earnings. This is to say nothing of the secondary benefits of living in an income tax free state. The nine states that operate without income taxes have experienced both economic and population growth that eclipses not only Mississippi but national averages.

A natural byproduct of keeping more of your earnings is spending more of your earnings. This creates new jobs and higher salaries. It also makes our environment more likely to draw capital investments. And since people will have more money to spend and the number one thing people spend money on is housing, home values will increase. And since home values generate property taxes and property taxes fund local schools, districts will have more resources to spend.

But what of the claim that the state will have less money to spend on education? The ad I saw suggested ominously that 1/3 of the general fund budget would be cut. This is, in a word, dishonest. The current proposal is designed to offset the loss in income tax revenue through three streams.

For almost all but the very biggest spenders, this trade-off would result in a substantial net tax reduction. The second wave of income tax elimination only occurs with revenue growth over time. The bill is designed to allow for a reasonable rate of spending growth on core priorities, like education. Revenue growth over that is then applied to “buying down” the income tax.

In sum, I don’t think many teachers would want to deny other working citizens tax relief. Teachers, themselves, stand to benefit from tax relief that will allow them to keep even more of any raise passed this year. And the notion that the tax relief would lead to education cuts is disconnected from the way the bill is designed.