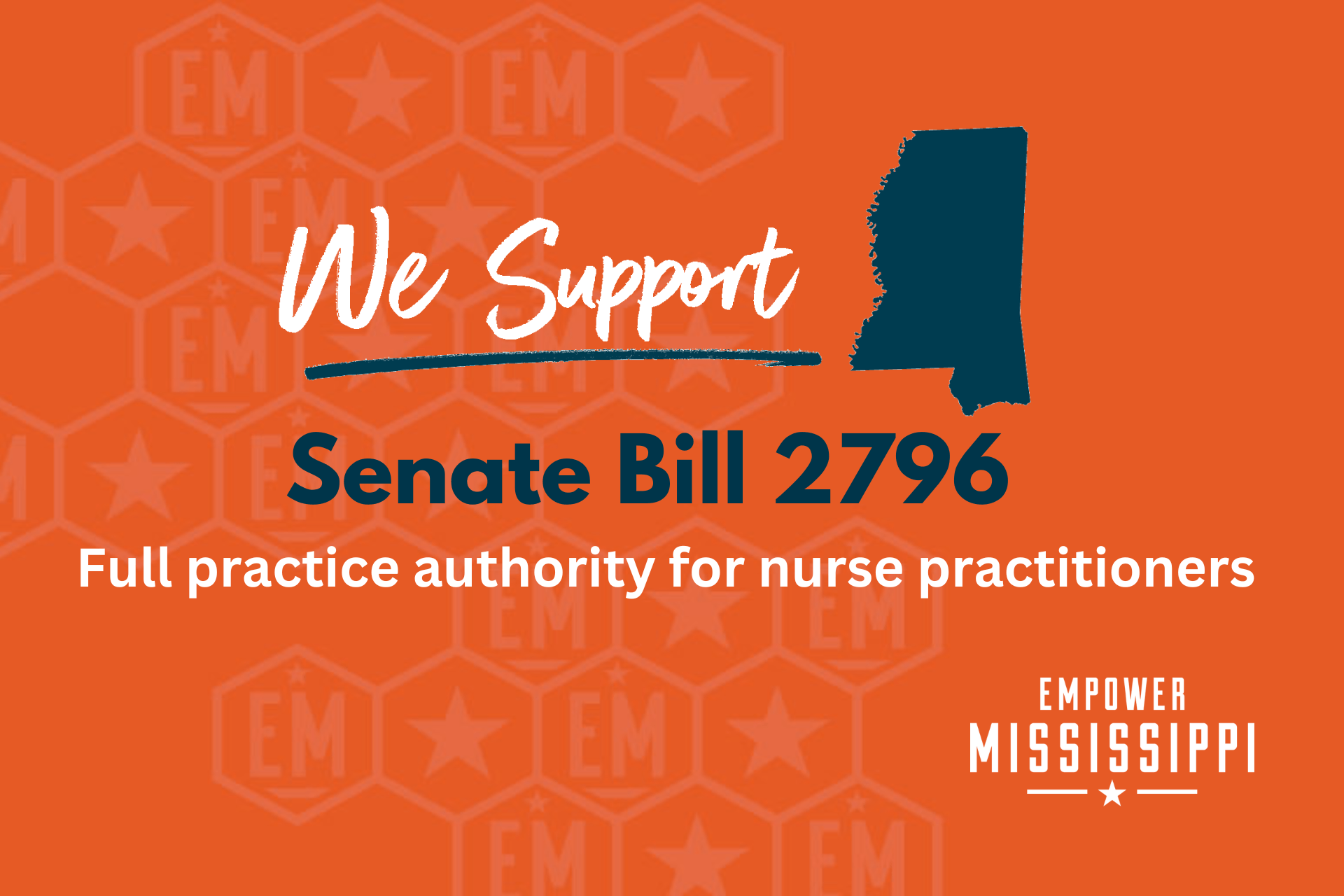 A majority of states now provide nurse practitioners with full practice authority and it is trending in that direction. Last year two more states joined the mix and there are now 26 states, plus the District of Columbia that have removed this nursing barrier. By enacting this legislation, Mississippi would join those states.

Mississippi, like the country as a whole, is projected to face a shortage of physicians within the next decade. The National Institute of Health predicts that Mississippi will need an additional 3,709 doctors by 2030, a substantial increase from our current pool of 5,714 active physicians.

The math to hit this mark with new physicians becomes quite difficult when you realize that a full third of active physicians today are 60 or older, and likely to retire soon. But the number of physicians is not the only issue. Location matters. More than half of all active Mississippi physicians are clumped in four metropolitan areas, leaving vast swaths of rural population without access.

The U.S. Department of Health and Human Services estimates that states could reduce their physician shortages by two-thirds by easing restrictions that keep nurses from independently treating patients.

Additionally, studies show that patients have confidence in the care they receive from nurses. A Duke University study concluded that nurse practitioners provided comparable or superior primary care, better results, and equal or higher levels of patient satisfaction compared with physicians.

A study by the Census Bureau and the University of Hawaii estimates adults are 11 percent more likely to receive a routine physical exam in states that expanded practice authority, while the rate of emergency room visits fell by more than 21 percent. As we all know by now, having access to a regular source of care that is not an emergency room is better for our health, and better for our wallets.

SB 2796 died in committee. You can read the bill here.