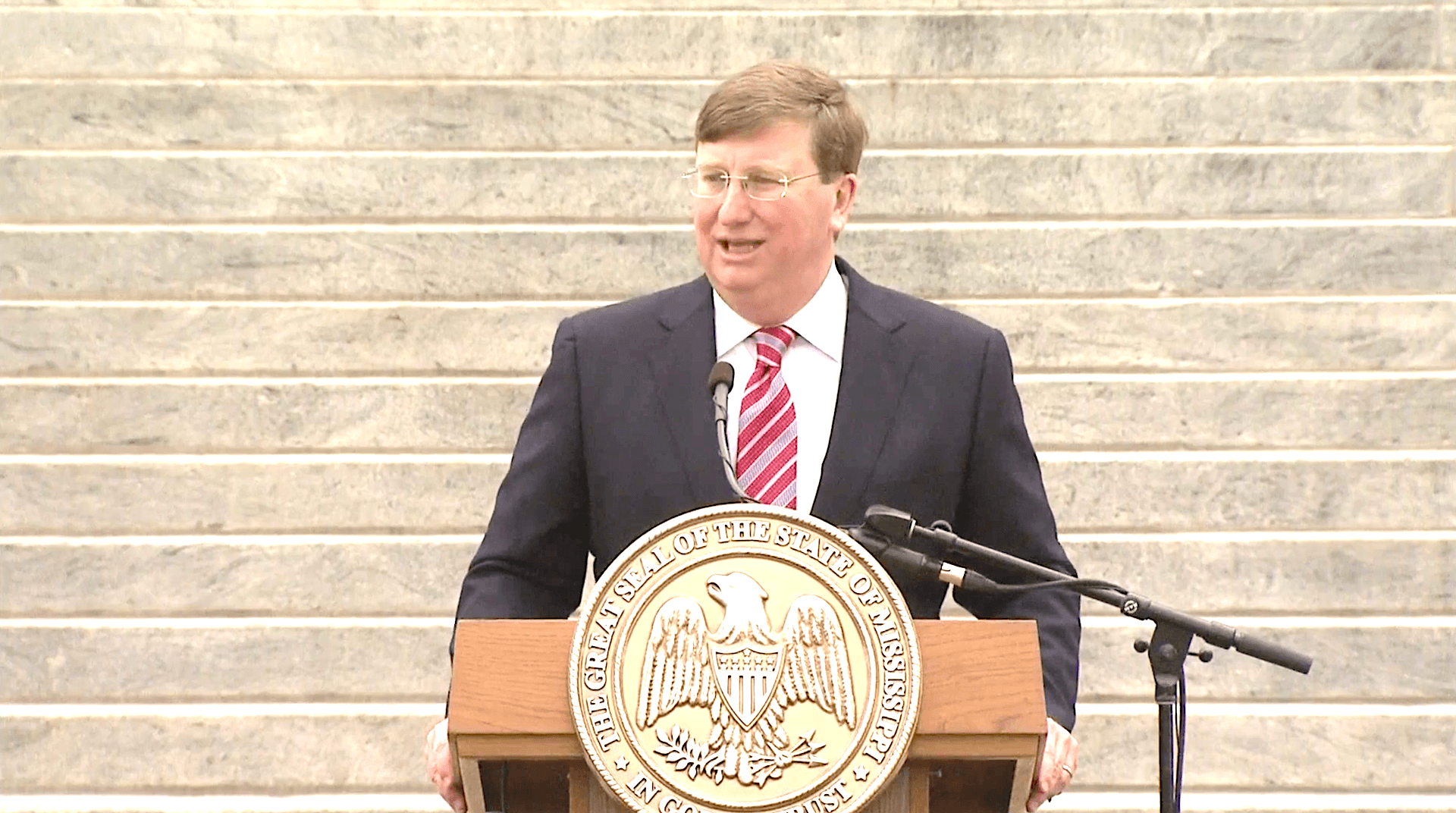 Saying it is time for a bold move, Gov. Tate Reeves called for the elimination of the state’s income tax during his State of the State address today.

“I believe that in order to fully capture the potential of this historic moment, we must think big,” Reeves said. “We need a bold move. This is the time for an action that will turn heads all across the country and get money and people flowing in. And I believe that move is the elimination of the income tax. It is a reward for our hard workers, and an incentive for others to invest here, to grow here, and to live here.

“We can transform our economy. We can do it in a smart way, recognizing that it will take a few years to phase it out. But we can change a generation of lives here, by attracting the jobs and wages we deserve. I am ready to work with legislators on this, and I know that there is an appetite for this type of boldness.”

Few states need to transform their economy more than Mississippi.

Mississippi’s population declined by more than 11,000 residents last year, continuing the trend of being one of only two states in the Southeast to shed population.

According to data from the U.S. Census Bureau, Mississippi’s population has declined to 2,966,786. This is similar to the official data from 2010, meaning the state will experience essentially no growth over the past decade when official numbers are released. The state’s population peaked at 2,991,892 in 2014 but has been slowly declining since that time.

The same can’t be said for states without an income tax. Those nine states, which include Florida, Tennessee, and Texas, have experienced both population and economic growth that has resulted in dramatic personal and household income increases over the last decade, particularly in comparison to Mississippi. Each of the nine states also has a substantially higher labor force participation rate.

“We have to respect the workers of Mississippi enough to recognize when we can show restraint and stop taking from them,” Reeves added. “Allow them to spend their money that they make, and it will grow our economy beyond belief.”