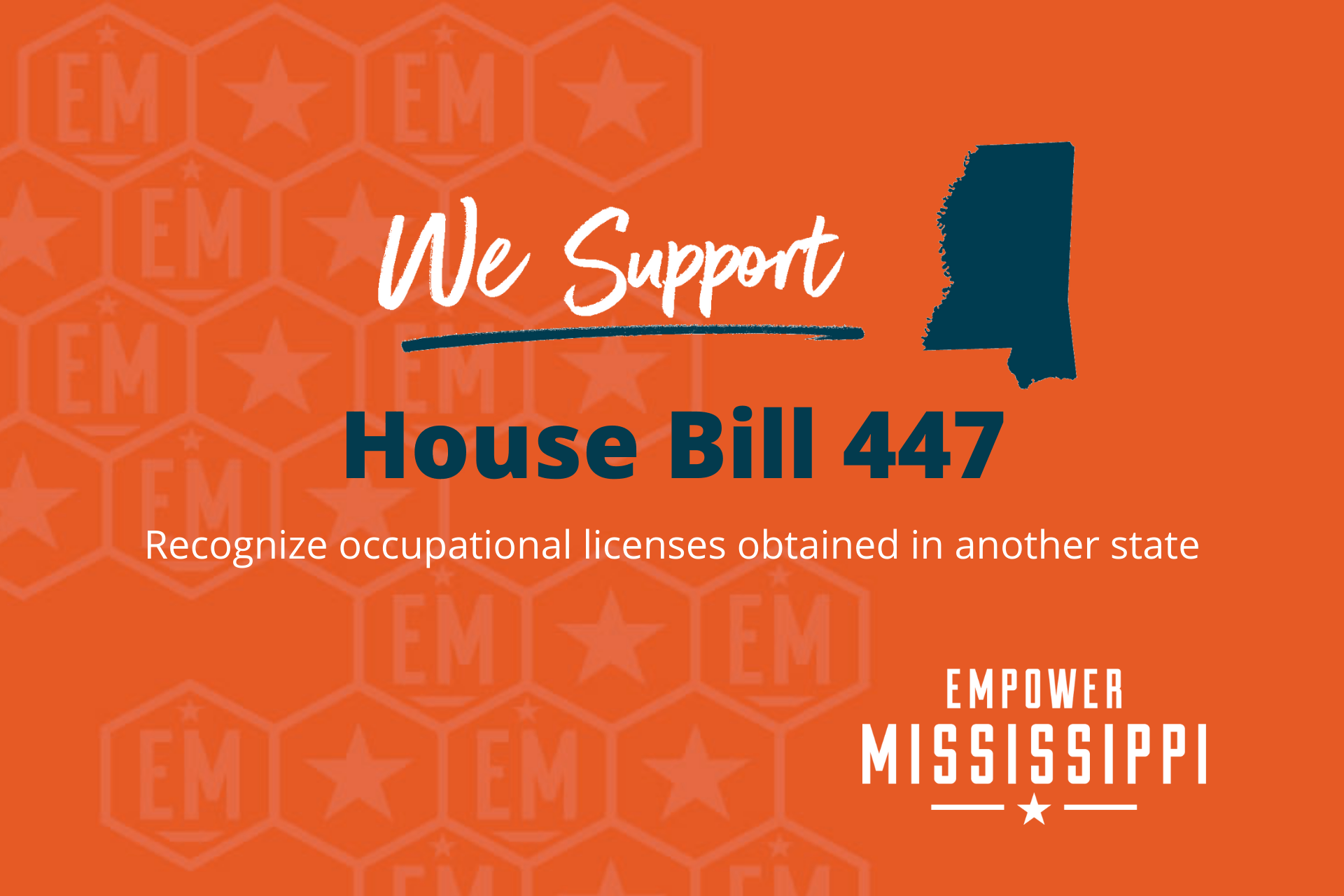 House Bill 447, sponsored by Rep. Becky Currie, would clarify that licensing boards must issue a license to a license-holder from another state who moves to Mississippi.

Last year, the legislature attempted to make it easier for qualified professionals to begin working when they move to Mississippi with the passage of universal recognition. The initial goal was to require the state to recognize occupational licenses obtained in another state.

This would make it easier to work in Mississippi, preventing those who move here from having to jump through new government hoops.

It has been referred to Workforce Development. You can read the bill here.