Freedom after 19 years in prison 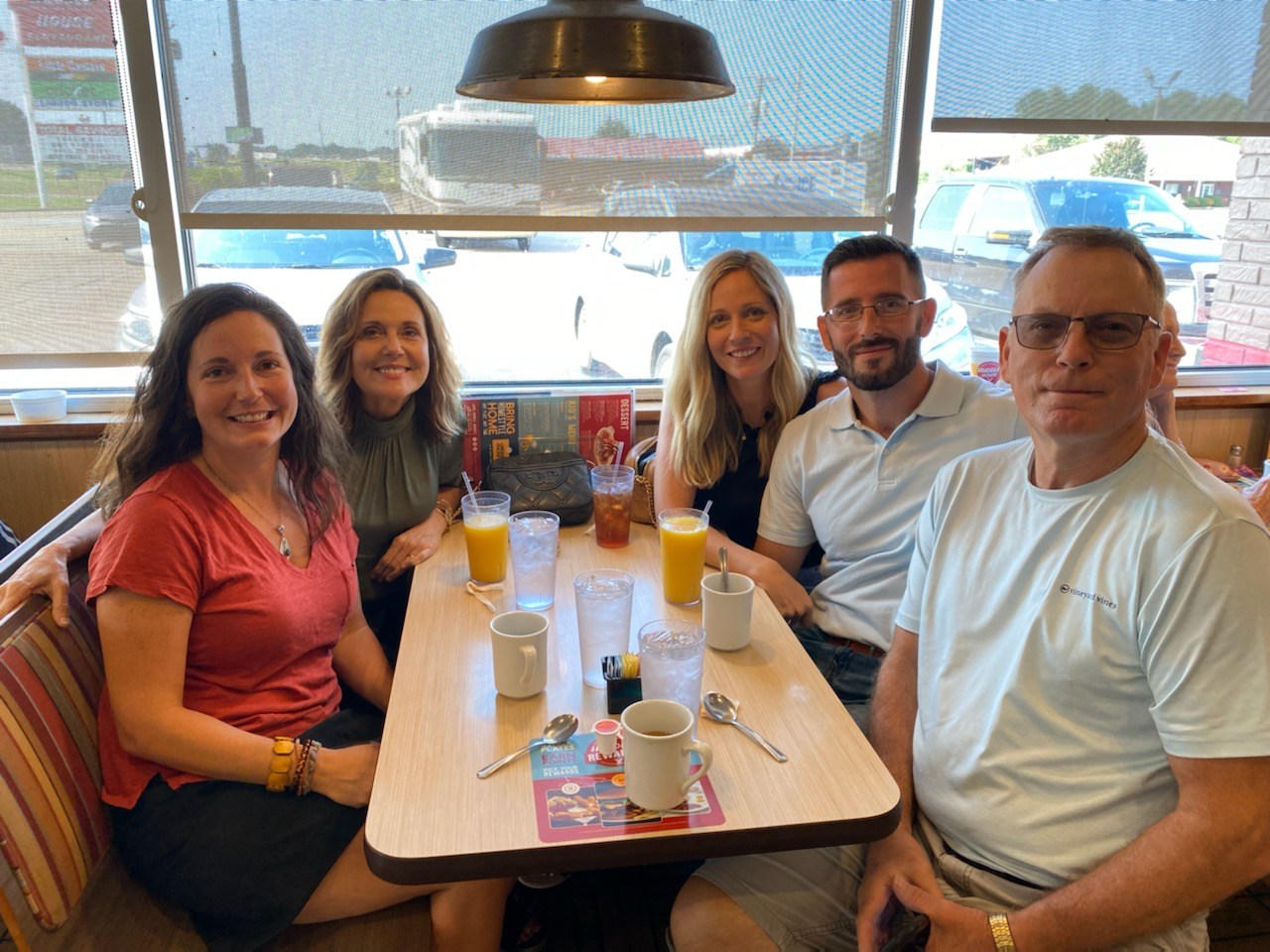 That’s how Michael Moore describes his release after serving 19 years in prison.

Michael became eligible for parole under the Mississippi Earned Parole Eligibility Act which was signed into law by Gov. Tate Reeves earlier this year. Until this law took effect, Moore had not been parole-eligible and was serving a 20-year mandatory sentence.

Michael’s life was filled with turmoil as a teenager growing up in Hernando, Mississippi. Through those dark times, he found himself battling addiction and involved in an armed robbery. He was not aware that his friend had a loaded gun in his possession when the two went to the convenience store.

“For 19 years all I wanted was to go home,” he said, “and now that it has happened it’s a very strange feeling. I am having to get to know everyone again. The life I left when I went to prison is no longer there. All the people I knew back then have grown up, gotten married, and had their own families. They are living different lives, so, for me, it feels like I’ve stepped into someone else’s life.”

While life in the free world is a dream come true, the barriers that those leaving prison face can sometimes seem insurmountable. Thankfully, Michael was able to face those barriers with the help of family and friends who are determined to help him succeed.

“I have a huge support group,” he said, “and I couldn’t do it without them. My family was able to help me get a job, get a vehicle, and pay the $1,800 fine that I had to pay to the courts as soon as I was released. Those are things that someone who is released and doesn’t have a support system like mine could never do. Those are reasons why some people could end up going back getting high and drinking.”

Michael is now working construction with a friend of the family and is excited about what the future holds.

“We work on commercial projects and smaller construction jobs,” he said, “and he also flips houses, so I get to work on those. The plan is for me to move up in his company.”

His new life is filled with many new experiences that, at times, he said can feel overwhelming.

“For example, the day I was released my family and I went to eat at Huddle House and when they handed me a menu, I looked at it and couldn’t make a decision. I handed it to my sister and asked her to just choose something for me. That, along with the physical closeness to my family was overwhelming. I have done without that intimacy for so long that it was almost too much.

“When I walked into Kroger for the first time to get coffee creamer and walked to the case where there were rows and rows of creamer, I had to walk away because it was too much.

“Life is so small in prison,” he said, “and I underestimated how big everything is in the free world. Sometimes I have to put on an act that it’s not overwhelming, but it has brought me to tears at times.”

He’s aware of his lack of life experience with the things that people in the free world use every day.

“Just like today, I came out of Target having to work the self-checkout machine,” he said. “I’d never seen one of those machines and I had no idea how to use it. The same thing goes for using a smartphone. I had never sent a text message in my life. Technology is so different today and it’s going to take getting used to.”

That’s where Moore said that reentry plans play a key role for those leaving incarceration.

“There should be some sort of normalization process for the guys who will be getting out soon,” he said. “There should be a unit where they can live and prepare their own food, choose their own clothes, cut their grass, and learn self-reliance. That would be helpful rather than coming out of the dungeon like I did.”

The “dungeon” as Michael called it was where he learned how to survive.

“I knew going into prison that I had to do mandatory time and there was no incentive to behave. In the county jail, I was living a life that was hard. I was doing drugs and I really didn’t care, but Parchman is where I was broken. I realized there that the only hope I had in my life was in God.”

Even though there was no incentive for his good behavior, Michael maintained a clean record.

“I allowed God to hold onto me when I couldn’t find the strength to hold on myself,” he said. “It was really hard at times because there was no incentive for me.”

The first glimmer of hope came in 2020 when SB 2123, which implemented long overdue parole reforms that would safely reduce the number of people in prison and incentivize those incarcerated to follow rules and participate in rehabilitative programs, was sent to the Governor’s desk to be signed into law.

“When the Governor vetoed that bill my mom had a stroke,” Michael said. “It was really hard on her, so when this bill passed nobody believed it. It felt like a punch in the stomach when I realized that it was real this time, and then I felt immediate fear because now it actually was real. I had all these doubts about if I could actually do it because I’d been told for so long that I couldn’t.”

Michael was able to survive thanks to the help of his job on the inside combined with the outside instructors who came in to teach classes.

“I worked in the administrative office,” he said, “and I worked alongside free world people so I was actually treated like a human being. That was also true with the people who came in to teach us classes. Just being treated like a human was incentive enough for me to want to do better. I saw men who had become stone cold rocks in prison broken and turned human again because they were looked at like human beings. There were so many times that we were treated as less than human so any time someone from the free world came in and looked at us like human beings it was a good feeling.”

What does the future hold for Michael? That question is exciting and scary at the same.

“I just want a normal life,” he said quietly.

Michael hopes for a career and wants to get married and have a family of his own.

“When I’m allowed to, I want to travel and just see things. I want a life away from drama, prison, pain, and worry.