Family excited for chance at early reconnection after new law 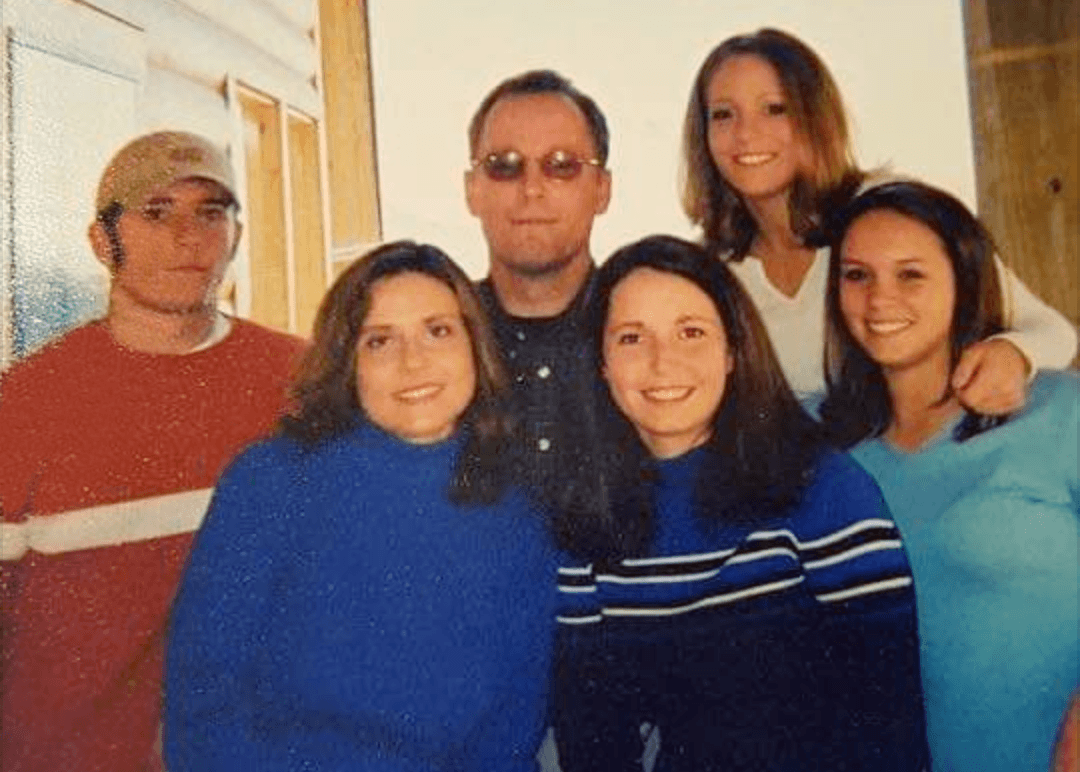 The Mississippi Earned Parole Eligibility Act was signed into law by Gov. Tate Reeves this spring. Senate Bill 2795 provides the opportunity for people like Richard Michael Moore to stand before the parole board and plead his case for a second chance.

Moore had not been eligible for parole and is 19 years into his 20-year sentence. Moore grew up in Desoto County with his mother and father and two sisters.

“My brother was very intelligent as a kid,” said his older sister Christy Stewart who now lives in Oregon. “He learned differently, though. At the age of five he threw his books into the pond because he didn’t like learning the material the way it was taught.”

Michael was artistic and preferred drawing and writing to learning through traditional learning styles.

“He was an artist,” said Christy.

At the age of 16, Michael’s close friend died tragically. It was something that he did not know how to handle.

“Michael went through a sort of identity crisis as a result,” Christy said. “His writings became very dark. He began to question whether or not God existed because of the death of his friend.”

It was during that time that Michael’s group of friends shifted.

“He began hanging out with a different group of kids,” Christy said.

His new friend group had a negative influence on his life, and he began participating in illegal behaviors.

“That’s when he got into drugs,” said Christy.

At the age of 17, Michael robbed the local paintball store after hours.

“My younger sister Kelly (Jones) started telling my parents that Michael was on drugs. She told them he was selling drugs from their front door in Hernando, but they didn’t want to believe it. They couldn’t imagine that Michael was involved in that kind of thing,” Christy said.

It wasn’t until their parents, Rick and Holly Moore, discovered marijuana in their house that they called the police. Michael was arrested and given the option to enlist in the National Guard and have the charges dropped.

“He went to the hotel where he was going to stay the night before he was supposed to start boot camp, and he left in the middle of the night,” said Christy. “He said he couldn’t do it. My brother was in the midst of a mental health crisis at that point.”

Michael fell deeper and deeper into despair. His behavior was different. He was dressing differently.

“They put him on an anti-depressant that sent him into manic episodes,” Christy said.

One afternoon Christy’s mom came home from work early and found Michael passed out in a pool of blood in the bathroom. He had attempted suicide by slitting his wrists.

“Things got darker and darker from that point,” Christy said.

Christy’s parents made the decision to ask Michael, now 18, to leave their home.

“They told him that if he didn’t want to follow the rules of the house that he couldn’t live there anymore.”

Michael moved out and across town into what Christy described as a “crack house” in Hernando. With no job and nothing productive to do, he spent his days in the house with various people doing drugs. One weekend Michael and one of his friends with whom he did drugs robbed two gas stations for drug money. In the first robbery, Michael’s friend held up the clerk with a BB gun and Michael did not have a weapon. In the second robbery, Michael’s friend used a loaded gun and Michael used an unloaded BB gun.

“Michael told me later that he didn’t know the guy was going to use a real gun,” said Christy, “but when they got there, and he realized what was going on my brother yelled out for everyone in the store to get out because he didn’t want anyone to get hurt. The guy shot the gun and Michael took off running because he was scared.”

“They negotiated a plea bargain. They charged the guy who shot the gun and were going to give Michael six months in a rehab program, but they snatched that offer back off the table” said Christy.”

Michael was sentenced to 20 years in prison and was not eligible for parole because he had been charged with a violent crime. He entered prison in 2002 and spent approximately six months off and on in solitary confinement during the early years of his sentence because he was under the age of 21.

“They did that for his safety,” said Christy, “but it affected him. He spent time in Unit 22 at Parchman which really dehumanized him.”

During his time at the Walnut Grove facility, he was most fearful for his life.

“That was a very violent place,” said Christy. “There, they had guys ages 18-22 locked up who were dealing with these life sentences. They had no incentive to do the right thing and so they had nothing to lose.  He saw many people die in there. That is not healthy for anyone. There is no rehabilitation.”

He has seen violence, drugs, and death.

“It is no way for someone to live,” said Christy.

While incarcerated Michael became a Christian and enrolled in Seminary. Today, he preaches once a week and has helped transform the lives of many of the inmates as well as their families.

With the passage of the Mississippi Parole Eligibility Act, people like Michael will receive the opportunity at a second chance.

“We were thrilled that the law passed,” said Christy, “but Michael remains skeptical until he has a release date. We’ve been devastated too many times in the past by MDOC to get our hopes up. My brother has always had the rough end of the stick, so he doesn’t trust anything until it happens.”

He will complete his sentence on August 1, 2022, but the new law could allow him to be released early.

“We are excited because he is near the end of his sentence, so we are making plans. My parents are going to rent an RV and pick him up and drive across the country,” said Christy. “He wants to come to Oregon where I live to visit and go on an extended hiking trip with my husband. I think the hiking trip is symbolic for him because every step he takes is one step further away from his past.”

At the age of 37, there are many new experiences that lie ahead for Michael.

“He’s never flown in an airplane. He has never had a cell phone, and he’s never had a family. It’s all a little terrifying for him,” said Christy. “He wants to get out and find out who the new Michael is. He’s done a lot of writing and wants to write his book.”

His plans also include working with at-risk youth and other inmates to offer hope and a better future.

“My brother has always felt like a weed planted in a bed of flowers,” Christy said, “but I’ve tried to remind him that weeds are beautiful too.”

Christy’s message to lawmakers is one of redemption.

“We’ve all made stupid mistakes as kids,” she said. “Giving these young people these steep sentences with no eligibility for parole is a waste. There is no great return on the investment. Eventually, they are going to come out, and what have we done to help them?”