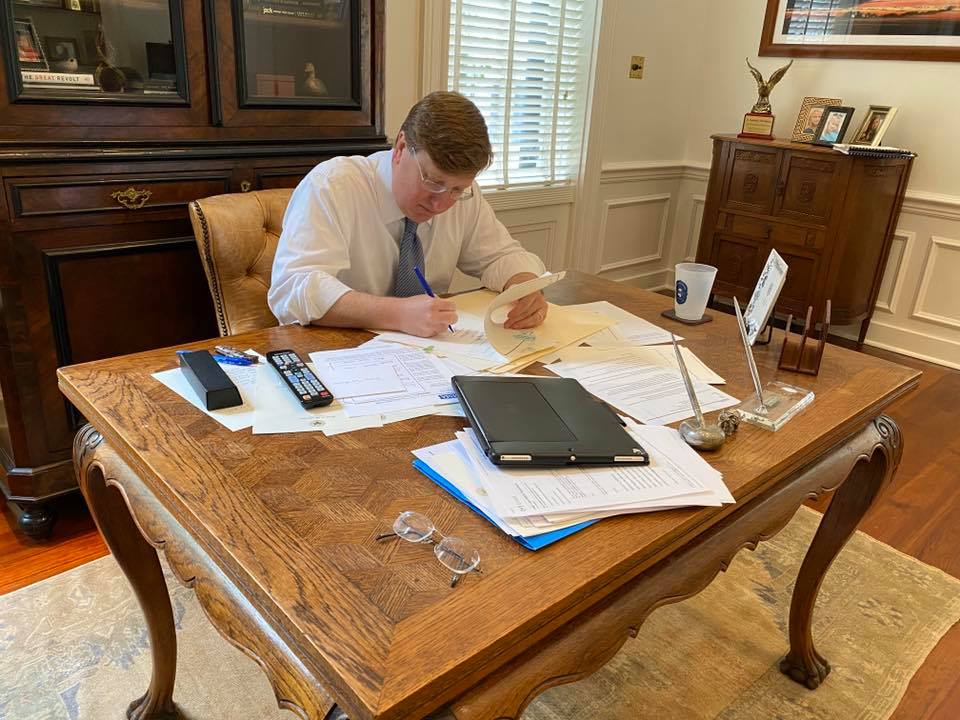 Today, Gov. Tate Reeves signed legislation that will expand parole eligibility for individuals who have earned an opportunity to have their cases reviewed as Mississippi continues to advance justice reform.

“Legislative leadership and stakeholders from across the criminal justice system worked very hard this year to craft meaningful parole reform that puts public safety first while providing opportunity for rehabilitated individuals to earn redemption,” said Empower Mississippi President Russ Latino. “In signing this bill, Gov. Reeves is helping to address the overcrowding problems created by the Clinton-Biden Crime Bill in the mid-1990s. It should be seen as a signal to the Department of Justice that we are prepared to get our own house in order, without costly federal intervention. This is a smart on crime, soft on taxpayer conservative reform.

“Among those who deserve immense credit in this process are Reps. Nick Bain and Kevin Horan, Sens. Juan Barnett, Brice Wiggins and Daniel Sparks, as well as Lt. Gov. Delbert Hosemann and Speaker Philip Gunn. Without their combined efforts, the bill would not have become law.”

Since 2018, Empower Mississippi has focused much energy on fixing an ailing criminal justice system in Mississippi. Mississippi has the second highest incarceration rate in the nation, and it comes at a substantial cost to the state, with over $3 billion spent on corrections in the last decade and a looming Department of Justice investigation that could cost billions more.

Proponents of parole reform, including Empower, have argued that parole reform would mean the state could safely alleviate overcrowding by allowing individuals who pose very little threat to earn second chances and apply its limited resources to the individuals who pose the biggest threat. Parole eligibility itself creates an incentive for good behavior and rehabilitation in prison.

A wide variety of conservative organizations and religious leaders have been active in calling for parole reform this year. Along with Empower Mississippi, coalition partners include the Catholic Diocese of Jackson, Prison Fellowship, the United Pentecostal Church, Mississippi Offender Reentry Experience, Clergy for Prison Reform, Americans for Tax Reform, American Conservative Union, Americans for Prosperity, R Street, and Stand Together.