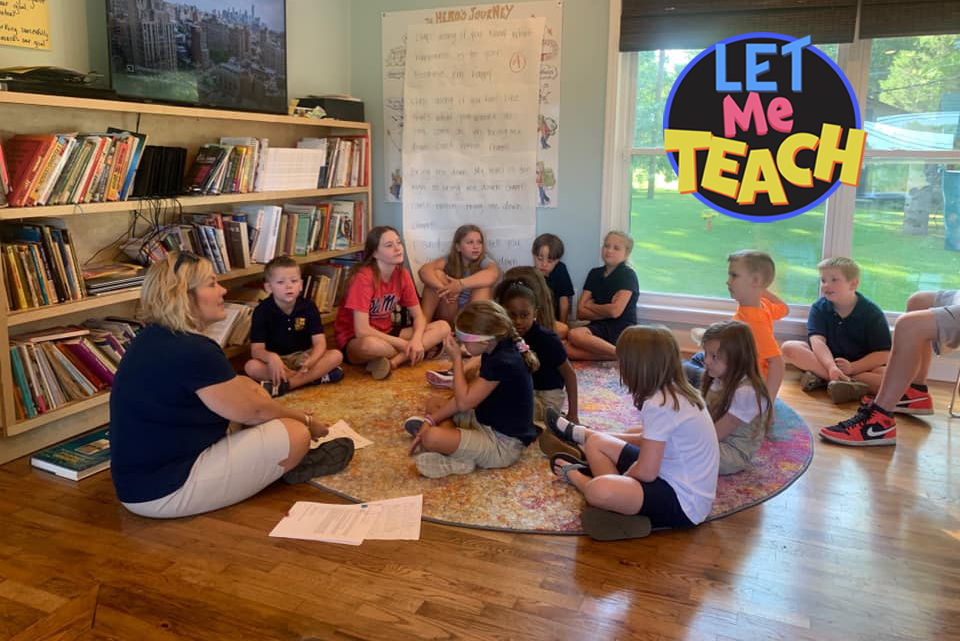 Education is Mississippi has become prescribed.

Donna “accidentally” found herself in education as she was faced with the decision of declaring a major at Ole Miss.

Now, 30 years later Donna couldn’t imagine herself doing anything else.

“I found out it was my calling. I couldn’t imagine doing anything else because I absolutely loved it. I loved the classroom and never wanted to be an administrator.”

Donna graduated in education in 1989 and later went on to obtain her master’s degree and then a doctorate in education.

“I started off teaching fifth grade and ended up in high school,” she said. “I am certified in special education and found that it was my calling. I absolutely adored teaching it on the high school level. My student recognized that I was there to help them. They had to work so much harder, and it was fulfilling for me to watch them accomplish their goals.”

As Donna’s career developed, she began to see how much focus was given to testing.

Sadly, Donna said, students don’t get to experience the joy of learning because everything is structured and there is no room for creativity in the classroom.

“I knew that was not the way it was supposed to be,” she said. “At Ole Miss we were taught how to teach right. We were taught exploration, choices and deep dives, but that’s not what happens in the classroom. I despise teaching to the test. Freedom of choice is everything in education.”

Donna continued to push back at Pontotoc High School where she worked.

Push Back from Administration

“I was known to be an advocate for the children,” she said, “and when a new administration came in with other ideas it became difficult. It was not about the kids. They did things for the school as an institution rather than the children and I couldn’t do it.”

Donna had a strong reputation for doing what was best for her students and it didn’t work well with her new administration. She was working with seniors in inclusion and resource classes getting them eligible to graduate.

“I was doing everything I could to help these kids graduate,” she said, “and my students knew it. They knew I cared about them and wanted them to succeed. They knew I was all in and so were they.”

As tensions rose with the administration, Donna was transferred to a kindergarten, self-contained classroom for students with special needs.

“They didn’t even ask me about moving. I was the teacher with the most seniority and they didn’t talk to me,” she said. “They wanted me out because I was watching out for the best interest of my students. I made calls to the state department when I saw things that weren’t right. When the decision by administration was made to take ninth-grade pre-algebra away from special education students, I called and asked why. These were wrong decisions being made by people who had never been in a classroom.”

Donna was moved to the elementary school where she made the best of her situation.

“I did what I could with them,” she said. “It was then that I started planning my escape. I started thinking about real estate.”

Donna was ready to retire, but she didn’t want to leave her 10-year-old son behind in the school system.

“I couldn’t leave him there,” she said. “There was so much pressure. The kids were stressed out because they had to meet the benchmarks. Children do not operate like that. They don’t have to learn to read by Christmas in kindergarten. If kids don’t learn to read by then, then it’s determined that something must be wrong with them. It’s drill, drill, drill – kill, kill, kill. The material is crammed down their throats.

“I remember when I was in school and when I learned to read it was magical. It’s not like that now. The love and joy of learning is completely sucked out of the classroom.”

A Better Way to Teach

Donna wanted more for her son. She began looking at homeschooling and through her research, she found the Acton Academy which is based in Texas. Acton Academy is a learner-driven model where students help each other and learn from each other. Upon further research, Donna decided she could open a school.

“It’s been wonderful to see how freeing learning can be when there is no pressure to take a test,” she said.

Donna started the school with 14 students and in a little over a year has grown to 27 students.

“We are in the process of moving into a new building now,” she noted. “I only wish I could help more students.”

Ivy Green Academy has given Donna the opportunity to stoke the fires of her passion.

“There was never any time to do fun things in the classroom, but that is totally different here,” she said.

What’s to become of the teachers and students still in the public school classrooms?

“Teachers have resigned themselves to the constraints,” she said. “The joy has been taken out of education for the sake of benchmarks and common assessments. It’s a system where teachers have to teach on a set calendar and if they haven’t gotten to something, the students still have to take a test on it even if they haven’t learned it yet.”

Donna said Mississippi is setting itself up for failure.

“I think every lawmaker in our state ought to have to take these state assessment tests,” she said. “They couldn’t pass them. It’s not normal knowledge.

“I’ve always said we should give accreditation on how well-adjusted and happy our students are five years after they graduate. Did we support them and help them find apprenticeships, trade programs, and colleges they were interested in? Did we do the things that help set them up for happy lives? That’s where accreditation should come from.

“We are doing an injustice to our kids every day.”