“We are in the community treating the people who live here” 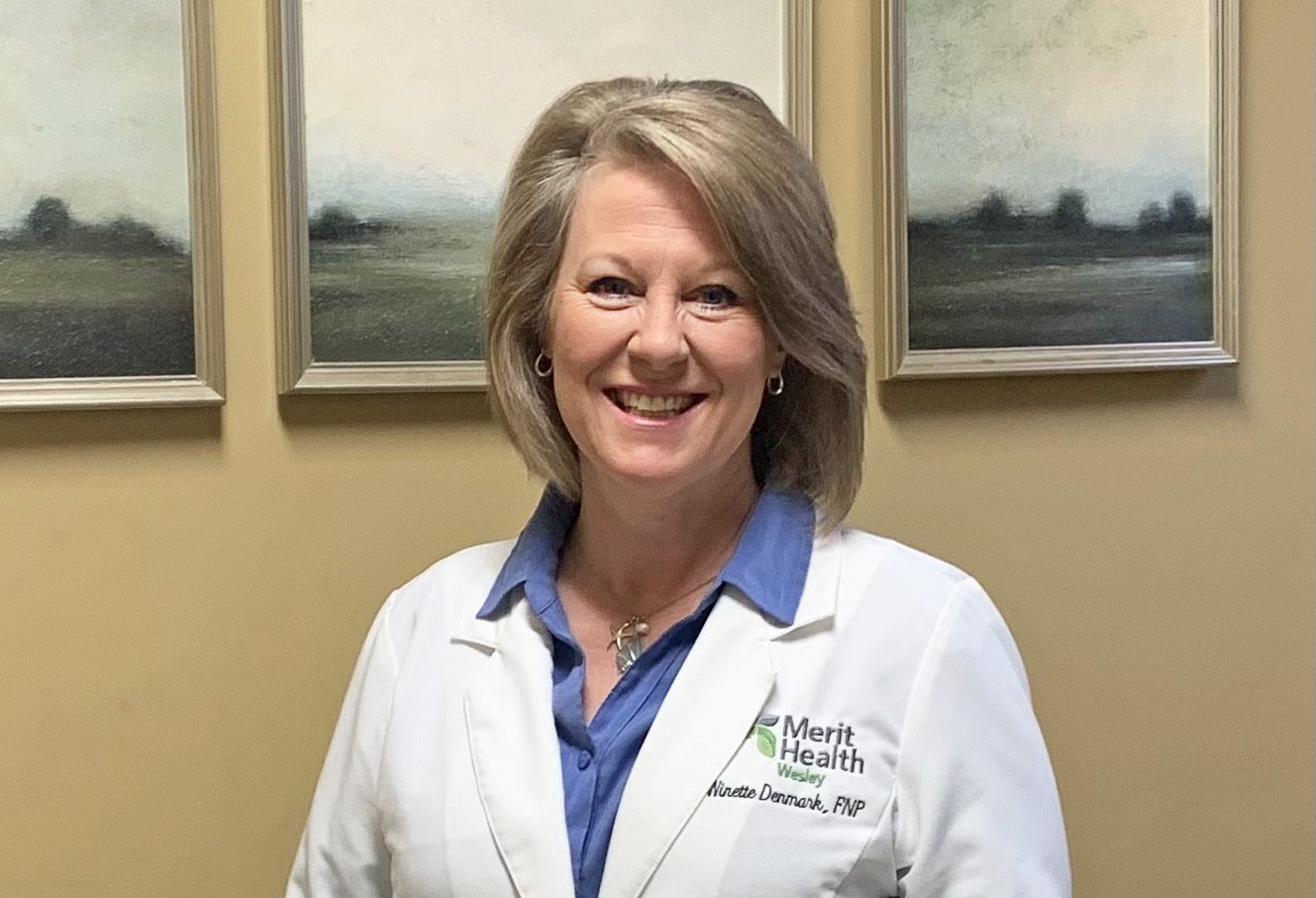 In rural South Mississippi a patient enters his primary care clinic. He is turning yellow, but he feels fine. He was sent to see his nurse practitioner from the hospital.

Winnette Denmark sees the patient and immediately calls a specialist. The patient is airlifted to Jackson and within hours is placed on a liver transplant list. He received the transplant and has gone on to lead a healthy life.

“We have story after story like that here in our clinic,” said Denmark who is a nurse practitioner at Merit Health Medical Group in Leakesville. “We see many rare situations in our clinic.”

Denmark’s nursing career led her just over the state line into Mobile, Alabama where she taught at the University of South Alabama. While she was there, she completed her nurse practitioner’s degree.

“I had worked as a staff nurse in Hattiesburg for several years before I began teaching,” she said.

It was during her time at USA that her father began experiencing some health problems of his own and she traveled with him to see a doctor because there are no practicing physicians in Greene County where they live. On their drive home Denmark realized, based on the questions her father was asking, that he didn’t understand the treatment or why it was important.

“There are a lot of people like my daddy,” she said, “and I realized that we had a great need in our county.”

Once she decided to open a clinic, she began doing the research.

“I went back to Wesley Hospital in Hattiesburg,” she said, “which was where I had worked as a nurse.”

They agreed to work with her if she found her own collaborating physician. State law requires that nurse practitioners pay a fee to a collaborative physician who reviews patient cases after they have been treated.

“I had met a doctor years ago in Laurel,” she said, “and he was semi-retired when I decided to open a clinic. We had become friends and I called him and asked if he would be my collaborative physician.”

The doctor agreed and the two would visit on a regular basis about her patients.

“I’m the type of person that I’m going to dig and research for my patients. I’m going to try to answer my own questions first. If I have a patient with a GI issue, I’m going to research it and then contact a GI doctor. Once I’ve done all that, if I still have questions, I’d call my collaborating physician and often times he’d say, ‘I just don’t know. You’ve done everything I would have done. It’s probably time to refer them to a specialist.’ I do all the work myself for my patients on the front end. Mine is an evidence-based practice.”

Denmark stressed the importance of a collaborative unit which she has established.

“It’s no different than what doctors do with their patients. We all collaborate together. If I have a question, I don’t know the answer to, I’m going to contact a physician who might have the answer. That’s exactly what doctors do – they contact a specialist if they can’t solve the problem.”

For Denmark, the most important thing is to be able to treat the whole patient.

“We are a primary care clinic, and we treat from head to toe,” she said. “We do not run cattle through our clinic. We are going to take time to get to know our patients, educate them, and answer any questions they have. I’ve found that you get much better results by slowing down a little bit and explaining all the medications you prescribe, how they work together, and why it’s important that the patient take them. You get much better results when your patients understand, and they trust that you really care about them.”

Denmark opened her clinic eight years ago with an agreement with Wesley Health Systems in Hattiesburg. The county is now home to three nurse practitioners. Denmark noted that the medical community there works well together.

“None of the nurse practitioners here have a physician in the facility with us,” she said. “We are all in the community treating the people who live here.”

In September 2015, early in Denmark’s practice, she was contacted by the State Board of Medicine and informed that her collaborative physician who was a physician at Wesley Health Systems in Hattiesburg was outside the 15-mile radius of her clinic and she would have to close her doors.

“We had patients who could not get refills on their prescriptions because we had to close for three days all because the doctor who reviewed my charts retrospectively was too far from my clinic which he had never visited in person,” she said. “It was a nightmare.”

Denmark’s attorney and her collaborative physician wrote letters to the board explaining that it was absolutely necessary for her clinic to open.

“They said that if anyone should be able to practice autonomously it was me,” she said.

Denmark’s patients needed her, but she couldn’t see them.

“While we were waiting for an answer, my collaborating physician drove from Hattiesburg down to my clinic. He brought a cup of coffee and his laptop and set up in our front office so I could see patients,” she said.

As long as the physician was physically in the building, Denmark’s doors could open.

“He didn’t see patients. He didn’t have to do anything but physically be there.”

The Board of Medicine approved Denmark’s request and allowed her to open.

“I have a lot of respect for the physicians I work with,” she said. “But I should be able to have full practice, so I don’t ever have to be closed down again. That’s my biggest fear is that they are going to come down on us again at some point because of some rule change and we will have to shut down again. My patients can’t afford that and neither can I.”

Denmark works well with her collaborating physician, but she insists that she should have the freedom to practice with full authority.

“My physician reviews charts in retrospect. He gets paid to review 20 random patients’ charts each month and I’ve never had one that he has disagreed with my treatment,” she said.

Denmark’s physician is paid through the hospital.

“There are nurse practitioners all over the state who are doing great things. We are stepping up and taking care of our state and we should be able to do that with full practice authority.”