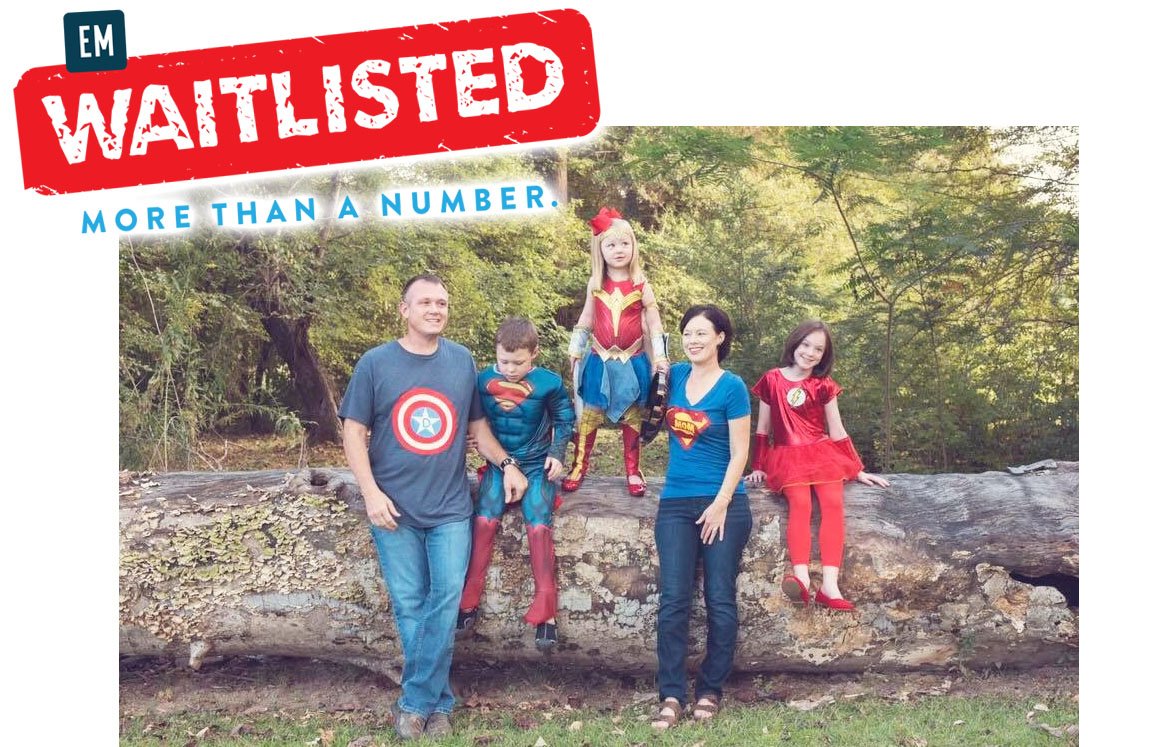 “We’ve been through three rounds of the lottery and have not received an ESA.  Mississippi really needs a complete overhaul when it comes to special education and assistance for special needs families.”

A polite, soft-spoken lady enters a coffee shop.  Wearing a t-shirt which reads “Faith Over Fear,” she quietly orders a cup of coffee before sitting down to share her story.

Stacy Ware, the epitome of the saying on her shirt, and her husband Daniel have three children: Meredith, 10; Zach, 8 and Peyton, 5.  The Wares’ two youngest children have both been diagnosed with autism – Zach a Level 3, the most severe form of the disorder, and Peyton a Level 2, a mid-level form of autism.

When it comes to her children and their education, Stacy chooses faith over fear daily.

Both Zach and Peyton attend the Spectrum Academy at New Summit School in Jackson.

“It’s been great for them,” said Stacy.

In her first four months at the school, Peyton went from speaking zero words to 100 words.

“Now she’s talking and reading sight words.  We couldn’t get that type of education in a regular school district.  On our way to school this morning, Peyton was singing and happy.  We’ve been told by the school that she’s probably going to be able to drop down to a Level 1,” said Stacy with a smile.

As Peyton continues to advance, the Wares’ son Zach is also making progress in school.  Zach was diagnosed at an early age with 47 XYY syndrome, a rare chromosomal disorder caused by the presence of an extra Y chromosome.  Normally, males have 46 chromosomes including one X and one Y.  There is a 50 percent chance that those who have 47 XYY syndrome will develop autism.  Zach is one of those diagnosed with the syndrome who was also diagnosed with autism.

“We didn’t know anything was wrong with Zach early on,” said Stacy.  “He wasn’t talking at age two, but his older sister was a late talker so we just figured he would talk soon enough.”

As the days passed, Zach remained quiet.  He did not babble as most toddlers do during their development.

“We tested his hearing and discovered he had a slight hearing loss,” Stacy noted, “but even with hearing aids he never talked.”

The Wares made an appointment for Zach at the Child Development Clinic at University Medical Center (UMC) in Jackson.

“It was a 10-month process to get in,” said Stacy. “Once we were in they did a complete genetic profile.”

It was through the bloodwork that doctors discovered Zach had 47 XYY syndrome.

“At that time Zach was the only pediatric case they had ever had at UMC,” Stacy said.  “Most of the time they don’t discover it until they are adults because it causes exaggerated growth.  The men tend to be very tall and have a long arm span.”

The Wares took their son to the The eXtraordinarY Kids Clinic at Children’s Hospital in Delaware for more specialized treatment.

As time came for Zach to enroll in school, the Wares enrolled their son in the public school in their hometown of Florence.

“He went through kindergarten and first grade there,” said Stacy, “and loved it.  He was loved by his school, but the district began to make changes.”

While Zach was in school, according to Stacy, the district office failed to recognize his potential and attempted to take away his special needs services.

“They saw no potential in him and just decided to take his speech and occupational therapy away.”

Stacy went to battle for her son, again choosing faith, as she fought for what was best for Zach.

“I had to fight them and tell them that was not acceptable,” she said.  “I’ve learned that as a parent you have to fight for everything.  You have to know all your rights and stay up to date on the laws and rules.”

She knew what was owed to her son by law and did not back down.

“I told them that they were required to give Zach all of his services,” she said.

The district restarted Zach’s services, but it was clear to the Wares that things were not improving for their son.  Stacy and her husband began looking for an education alternative for Zach.

“They weren’t teaching him anything at that point,” she said.  “They were just passing him on.”

They decided to enroll Zach in the Spectrum Academy at New Summit.  Through a very structured routine, instruction and therapy, they discovered that Zach enjoyed school.

“We found that he knew math, he knew his shapes and colors, and he knew letters,” said Stacy.  “He can now write his name and is learning to say words.  It’s very emotional to see your child write his name or be able to sit in a Sunday School class at church.  It makes it worth the tuition.”

The Wares, like many other families, find themselves struggling to pay the large tuition costs for not one but two children.  Zach’s tuition is $13,500 per year while Peyton’s tuition is $11,000 per year totaling $24,500 annually.

“That’s a new car each year,” said Stacy.  “People don’t have that kind of money to spend.  We’ve found ourselves burning through our savings account to pay for school.”

The family has applied for the state’s Special Needs Education Scholarship Account (ESA) which enables parents to direct their state education tax dollars to the educational setting and services of their choice.  The ESA can be used for tuition, therapy, textbooks, tutoring, transportation and other qualified expenses, and it is valued at $6,594 this school year.

Senate Bill 2695, titled The Equal Opportunity for Students With Special Needs Act, was signed into law in April 2015 by Governor Phil Bryant.  The program requires a line-item appropriation from the Legislature each year.  Last year, with the program at full capacity, 435 ESAs were available. The legislation authorized 500 seats in the first year of the program and an additional 500 new seats each year, bringing the total number of authorized seats to 2,000 this school year.  However, because the program continues to be level-funded by the Legislature, a slight increase in the value of the ESA accounts translates into a decrease in the number of ESAs available: 428 this school year.  Currently, ESAs are awarded by a lottery held twice a year because the number of families on the wait list (over 200 this summer) has far outgrown the number of ESAs available.

“We’ve been through three rounds of the lottery,” said Stacy, “and have not received an ESA.  Mississippi really needs a complete overhaul when it comes to special education and assistance for special needs families.”

Ware has studied the bill and talked to legislators and officials at MDE.

“It’s really a blame game,” she said.  “MDE blames the Legislature, and when I called the Legislature I spoke with the vice-chair of the Senate Appropriations Committee who told me he was unaware that there even was a wait list of families.  I told him I could provide any information he might need about the wait list because we were very familiar with it.  The way I look at it, we are paying tax money to a school that can’t help our children.  I want my children to learn and not sit in a classroom with a babysitter.”

The Wares find themselves praying regularly for a much-needed ESA.  Stacy said they plan on keeping their children enrolled in the Spectrum Academy because it is the best option for Zach and Peyton.

“Eventually we will go through our entire savings, but for now we continue to pray that we will be chosen in the next round of the lottery,” Stacy said, choosing faith over fear.