The Joneses: “Hoping We Will Be Next” 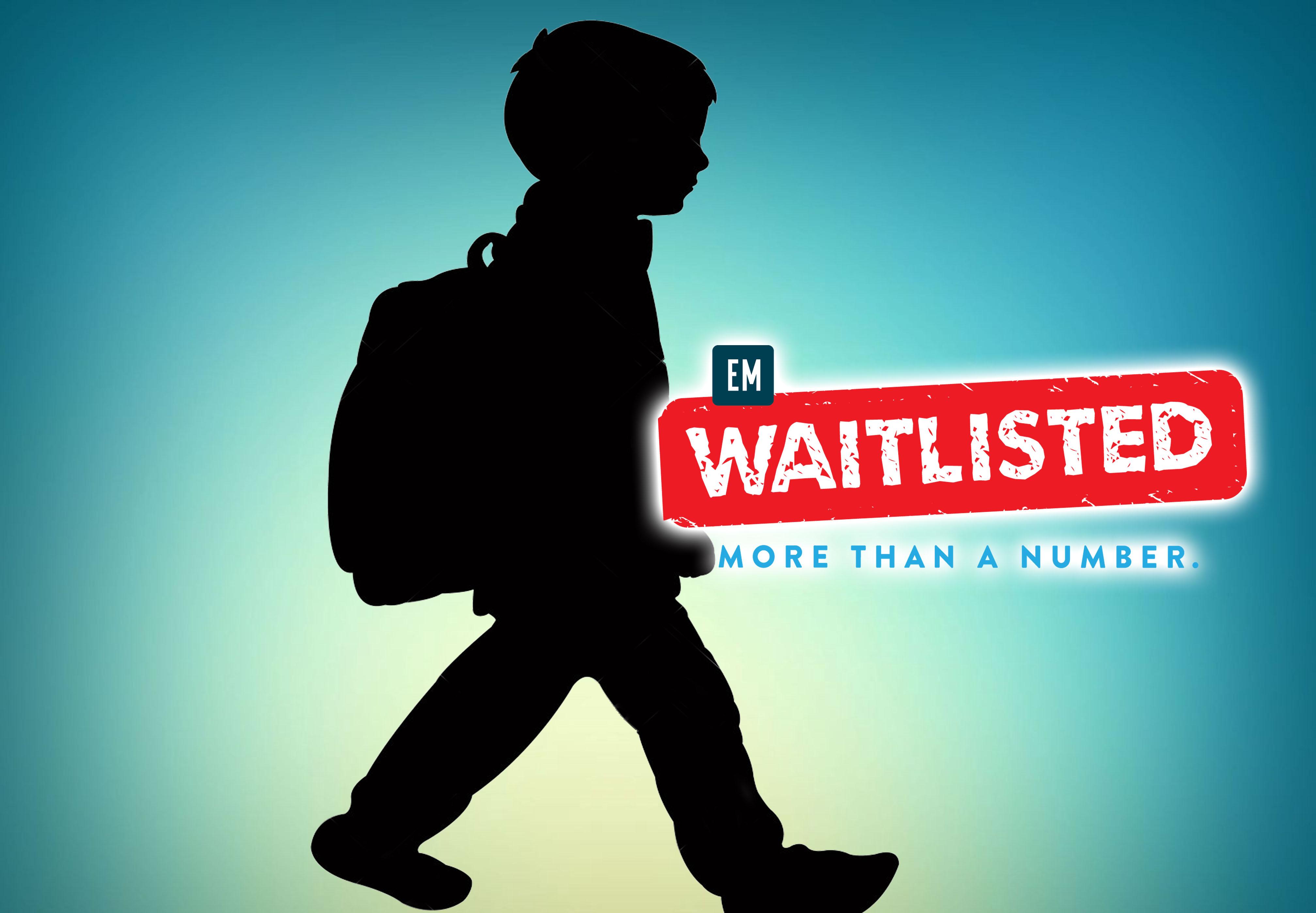 Yes, it’s really heartbreaking when you get that letter for a second time saying you did not get an ESA.

(Note: This story is about a public school teacher who wants an ESA, so she and her family asked to remain anonymous.)

For parents of children with special needs, sifting through loads of paperwork and learning about what options are available can seem like a daunting task. The amount of red tape paired with the process to ensure a child is given the services needed can seem overwhelming at times, and with little guidance parents are left to navigate the educational waters alone.

That was the experience for Mr. and Mrs. Jones of Rankin County. The Joneses have two children who struggle with learning disabilities. When the time came for their daughter, now age 10, to enroll in kindergarten they looked no further than the local public school.  At the time, they recognized that something was not quite right with their little girl.

“It takes a long time to get through the evaluation process when a teacher and a parent see that there is a deficiency in a child,” said Mrs. Jones, a public school teacher. “There is a lot of paperwork and the waiting is just too much.”

Their daughter was diagnosed with dyslexia and Auditory Processing Disorder (APD), a hearing problem that affects about five percent of school-aged children. Kids with this condition can’t process what they hear in the same way other kids do because their ears and brain don’t fully coordinate. Something interferes with the way the brain recognizes and interprets sounds, especially speech.

“With any background noise – shuffling of papers, air conditioner kicking on – even if students are perfectly quiet, our daughter has a hard time getting the information she needs from the teacher. As we were told by an audiologist, often a child looks like they have autism or ADHD when, in fact, it’s auditory processing disorder but they have given up trying to hear in the classroom.”

The Joneses had made every effort to get their daughter the treatment she needed, but it wasn’t enough for the school district.

“We had many doctors’ diagnoses,” said Mrs. Jones. “Even though we had spent lots of money out-of-pocket, the school district still had to go through their six-week process which seemed to waste everyone’s time when we already had people with lots of degrees giving us these rulings.”

The costs associated with helping their daughter thrive in the classroom were rising.

“At that time, the school did not offer the Roger Focus device to help her hear better in the classroom so that was another out-of-pocket expense for us as parents,” said Mrs. Jones. “Of course, we were going to make that happen and unfortunately it wasn’t covered by insurance. It was a really expensive process to get her what she needed.”

During her kindergarten year, the Joneses’ daughter began to struggle.

“We knew that with her entering kindergarten it was going to be a wait-and-see year. She had an amazing, loving teacher who treated our daughter like she was the only one she taught. Her teacher stayed in contact with us throughout the year, and we saw some improvements but towards the end of the year, her behavior manifested as defiant, shutting down and would not work. I had to go up to the school several times and just get her back working.”

During that year, their daughter underwent a dyslexia screening. She failed the screening but would have to wait another year for a full dyslexia evaluation which was not offered to students until they failed the first grade. Their daughter moved to first grade where, according to Mrs. Jones, she again had a wonderful teacher. During her first-grade year the Joneses took their daughter to see a psychometrist where she received an official, dyslexia ruling.

“We were thankful for the loving teachers she had,” Mrs. Jones said, “but nobody knew what to do. There is very little training offered to teachers to deal with these kinds of issues. We knew that she was not going to progress in that environment, and we had to make some decisions. It’s very unfortunate that we do very little training for teachers in how to help students who learn in a different way.”

The Joneses met with administrators at the school with few results.

“The meetings were unproductive,” said Mrs. Jones, “because we were asking for more services. It was going to cost them more, and we weren’t given what we needed.”

Mr. Jones began researching alternative education routes for their daughter and stumbled upon the dyslexia scholarship. Adopted by the legislature in 2012, the Dyslexia Therapy Scholarship became Mississippi’s first private choice program. The Dyslexia Therapy Scholarship may be used for tuition at one of six state-approved schools.  The Joneses secured a scholarship for their daughter enabling them to send her to New Summit School in Jackson.

Their daughter’s fourth grade math teacher is teaching her for the second time since she moved to New Summit.

“Her teacher said she is a different child now from the time she started at New Summit. She is animated and communicates with her friends,” said Mrs. Jones. “She loves school. Learning is still not easy, but it is met with a joy.”

Their daughter has regained her self-esteem and Mrs. Jones says she is confident knowing that everyone learns in a different way as evidenced daily in the classroom with her classmates.

“We felt like the first year at New Summit was a year to catch our breath and find a safe place. We’ve just seen an improvement with her as a student every year we’ve been at New Summit. We thank God every day for New Summit. We are so grateful that a school has purposed to meet the needs of learners who don’t learn as a typical child would. They recognize that you need a smaller environment and need pieces in place that public schools have not yet been able to provide,” said Mrs. Jones.

Now with the addition of their son, age 6, who is ADHD and dyslexic, the family finds themselves charting the same course as with their daughter and have added even more costs to the ever-growing education expenses for their children.

“The struggle wasn’t quite as intense with our son because we knew what to expect having just been through it with our daughter,” said Mrs. Jones. “Our biggest question was how do we get him to New Summit because we would now be paying two tuitions to private school that we had not anticipated.”

Thankfully, they are both able to use the dyslexia scholarship, but even so the cost for services and therapy is very expensive. The Joneses learned of additional help in the form of the Special Needs Education Scholarship Account (ESA) which would go further in covering their expenses. By law, they can’t participate in both programs at once, but the ESA offers around $1,500 more.

The Legislature authorized 500 seats in the first year of the Special Needs ESA program (2015) and an additional 500 new seats each year, bringing the total number of authorized seats to 2,000 this school year. However, because the program continues to be level-funded, a slight increase in the value of the ESA accounts translates into a decrease in the number of ESAs available: 428 this school year. The Joneses are one of over 200 families on a waiting list to receive one of the ESAs which are handed out by the Mississippi Department of Education in a lottery twice a year.

“With our son, when we applied for the ESA, we were trying to hold off on his testing for dyslexia because we knew that was going to be another major investment and we thought that if we got the ESA that would take care of everything,” Mrs. Jones said.

Yet, the Joneses remain on the wait list with little communication from the Mississippi Department of Education (MDE).

“The biggest thing MDE could do for this program is be up front with the process, what is needed, and how the names will be drawn,” said Mrs. Jones. “When we met with Empower Mississippi they let us know that the drawing would be held through a lottery. It was comforting to get information on how the ESA process worked.”

“A little more communication on their part would help us not feel like we are left in the dark,” she said. “They are not very forthcoming with information concerning the ESA.”

In fact, throughout the year as the Joneses were preparing their application packet for the ESA, the application on MDE’s website showed old dates.

“It remained on MDE’s website all last year with the wrong date,” Mrs. Jones said. “It showed the date from the previous school year, and we could not get anyone to confirm to us that if we were filling out the form with the wrong date we would be guaranteed that our application would not be rejected.”

They were left to fend for themselves and take a risk that the old application with the wrong date would suffice.

“We finally had to go with it,” said Mrs. Jones.

Once the applications were submitted, the wait began – again with little communication from MDE.

“Not having it clearly posted on the MDE website when the ESAs will be drawn and when you will be notified made for a lot of questions. I had to call and I’m sure, by the sound of the person’s voice at MDE, that they had gotten a lot of calls and were tired of fielding questions,” said Mrs. Jones.

Based on limited interactions with MDE officials, Mrs. Jones was able to gather that they would be notified by mail as to whether they had received the ESA.

“Yes, it’s really heartbreaking when you get that letter for a second time saying you did not get an ESA,” she said.  “The second time through since we were enrolled in New Summit made it a little easier to bear but it would be very nice help as we pay for school. For now, we are going to keep plugging away with the ESA and hopefully more will become available. If MDE would post it and communicate through the process that would help.”

Mrs. Jones also noted that holding the lottery at a better time would help families on the waitlist.

“Don’t wait until July 31 to hold the lottery,” she said. “Go ahead with it sooner in the summer because some of these private schools have kids trying to get in and they are losing their spots because they are waiting to find out if they have the funds or not. Not revealing the winners until school starts is outrageous.”

For the 2018-2019 school year, one lottery was held July 6 and another August 30 with notifications mailed to families shortly afterward.

For now, the Joneses continue to provide the best education possible to their children at their own expense.

“It would be huge if we could get the ESA,” said Mrs. Jones. “We will just continue to wait, hoping that we will be next.”