The Farnhams: Our Daughter Deserves an Education Too 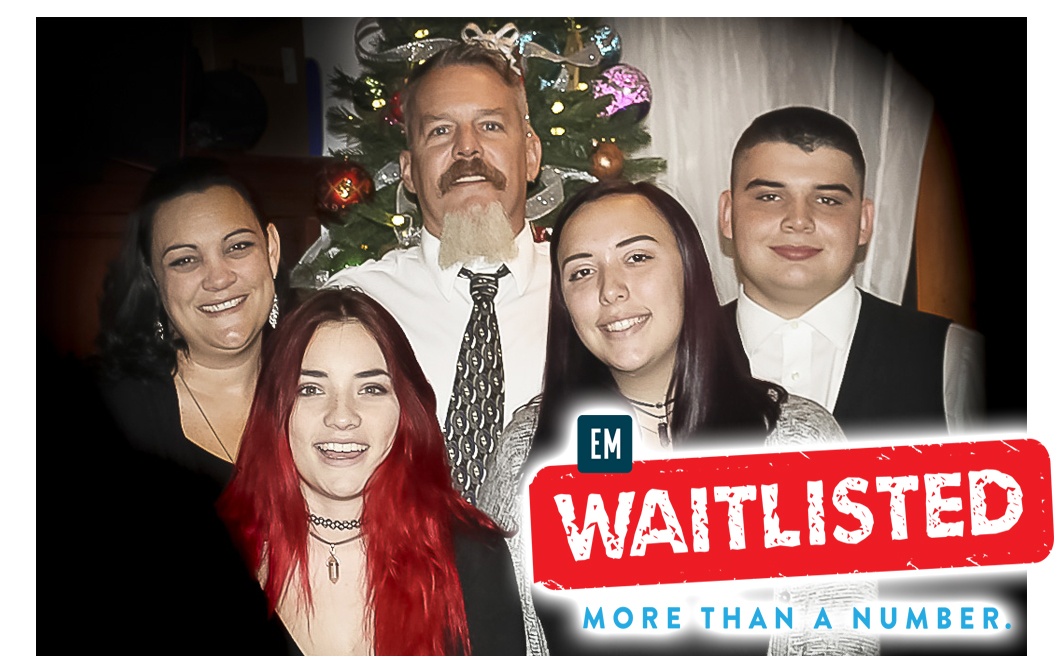 Jamie and Matthew Farnham of Ocean Springs are determined to do what is right for their youngest daughter, Cambry.

An educator working in an exceptional school for children who have severe and profound disabilities in Jackson County, Jamie left her job after recognizing the needs in her own daughter for a quality education to ensure her success.

Cambry was a student in the highly-rated Ocean Springs School District. Jamie’s two older children, Makayla and Michael are getting everything they need there.

Cambry, however, is one of those square peg students who does not fit in a round hole.

“Cambry has had an IEP (Individual Education Plan) since kindergarten. She has always struggled in her academic career,” said Jamie of her daughter who is now 16.

By fourth grade, Cambry’s struggles seemed insurmountable. Jamie and Cambry would spend about four or five hours a night on homework. To no avail.

Jamie noted that Cambry’s IEP never outlined specific accommodations. Cambry has a processing and language disorder, but never received dyslexia therapy services that would have benefited her.

“Cambry struggled with math and language,” said Jamie. “She just could not keep up, and the school wasn’t providing what she needed for her to be successful.”

At that point Jamie made the decision to pull Cambry from the district school and homeschool her. Jamie homeschooled her daughter for two years and said she experienced about four years of growth during that time, but Cambry wanted to be back in school with her friends.

Without the accommodations she needed, Cambry soon stopped progressing.

“I would send the district reasonable accommodations from the Department of Education,” Jamie said. “But she never received those accommodations and she was failing before they ever did anything.”

The struggles began to extend beyond academics and Cambry was experiencing health issues. She felt beat down, unsuccessful, sad, and frustrated. This led to behavior issues at school, something her mother says was never a problem when Cambry was younger.

“She quit doing things she liked such as drawing and playing the guitar,” Jamie said. “It got to the point that she enjoyed hanging out in in-school suspension. She became a different kid.”

It was at that point that Jamie realized something drastic had to be done to help her daughter. Jamie quit her job and began driving an hour every day to make sure her daughter got the education she needed and deserved.

Cambry is enrolled at Coast Education Solutions where she is receiving one-on-one instruction. Now in the 10th grade, she has discovered that she can be successful in the right educational environment.

Jamie recently learned of the state’s Education Scholarship Account (ESA). ESAs give parents the opportunity to direct their state education tax dollars to the private school of their choice and can also be used for tutoring, therapy, textbooks, transportation, and other education-related expenses.The Legislature authorized 500 seats in the first year of the ESA program (2015) and an additional 500 new seats each year. The original goal of the program was to give every eligible student the opportunity to benefit from the best educational setting available to him or her. However, the number of seats has never reached 500: only 428 are available for the 2018-2019 school year.

The Farnham family was one of over 200 families on the wait list in August. The ESAs are handed out by the Mississippi Department of Education (MDE) in a lottery twice a year as long as scholarships are available.

The Farnhams have been through several rounds of the lottery with no luck and remainwaitlisted. Yet they are determined to keep Cambry at Coast Education Solutions.

“This new setting for Cambry has made a world of difference,” said Jamie. “I feel like I have gotten my daughter back. She is happy, successful in her studies, and I have gotten to see her read with confidence.”

In fact, Cambry has begun helping with younger children at the school.

“Cambry is doing things at school that she never thought she would have been able to do,” Jamie noted. “Cambry is not able to be successful in a regular high school because she just cannot keep up, but she has found a place that has given her confidence and it’s a place where she is able to learn.”

Cambry still has many struggles ahead of her in life, Jamie said, but seeing her overcome the labels and the obstacles of the classroom has proven invaluable.

“It broke my heart,” said Jamie. “She’s not a kid with an intellectual disability, she has a learning disability, and she did not believe she was capable of being successful in school.”

The environment of Cambry’s classroom has played a major role in her educational success. She is in a room with no more than one other student at a time.

“Her teacher is positive and understands her disability,” said Jamie. “It makes a difference. Cambry isn’t walking into a general education classroom and hoping to get whatever is being taught. She’s got teachers who know and understand the way she learns.”

Jamie has joined the team at Coast Education Solutions as a teacher for students at the school.

“That’s what I’m doing now for work,” said Jamie. “When I gave up my job, I gave up my pay as a teacher with a master’s degree. I lost my retirement and we have to pay out-of-pocket for Cambry’s education.”

But the Farnhams recognize that the sacrifice has been extremely beneficial to their daughter and remain hopeful for Cambry’s future.

“My hope is to see Cambry realize her own worth,” said Jamie. “She sees she is capable of learning, and I want her to see that she can be successful and happy because she didn’t believe that before.”

In the meantime, the family is left waiting for Cambry to receive an ESA.

“It would relieve a financial burden for our family,” said Jamie, “but it’s something we are going to continue to do for now because there’s no way we could tell our daughter, ‘No, we are not going to provide this opportunity to you.’”