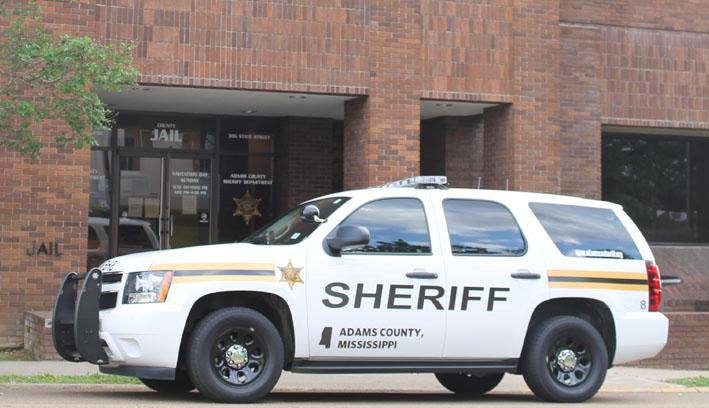 Like most officers, Adams County Sheriff Travis Patten felt a personal calling to the field of law enforcement.

“My mother moved us away from our home as she escaped my abusive father,” he said.  “When we moved I left behind my family and friends.  I was put on an island, and I knew I had a choice to make.”

Determined not to take the path that would ultimately lead to trouble, Patten learned at an early age what it meant to fight for the underdog. 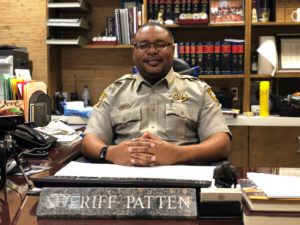 “That’s always been important to me,” he said, “because at one time I was the underdog.”

His heart for service led him to the highest law enforcement office in the county where he has made it his mission to help those in need.

“Over the years I have had a lot of loved ones locked up.  They go off to prison to serve their time, and when they get out they have nothing.  The idea of prison is to go in and learn how to change your behavior, but they are not getting reformed in prison.”

Recognizing that many people were in and out of prison repeating their criminal behavior because of economic circumstances that led them to jail in the first place, Patten began looking for better ways to serve and protect his community.

“These people need a hand up instead of a hand out,” he said.  “It’s great that prison gives them skills, but once they are released, they are going back to petty crimes.  It’s best to help them get gainful employment to help them from going back to illegal activity to provide for their families.”

People who have been incarcerated often face many barriers making it more difficult for them to find employment.  Once they are released from prison, they face loads of legal restrictions and many critical decisions including where they will live, where to look for a job, how to get from one place to another, and how to pay for the necessities.

Over 90 percent of people who are incarcerated will be released at some point and without the opportunity to find meaningful employment, they often return to lives of poverty and old habits.

To that end, Patten held the “Second-Chance” job fair earlier this year for inmates and employers to help the inmates find employment.  He enlisted the help of Alcorn State University to help inmates take a job-readiness test to identify their competencies to make them more employable when they are released.

“We had 35 employers here who were hiring people on the spot,” Patten said with a smile.  “I have not had the first phone call about any of the guys who were hired being in any trouble, and all of them are still employed.”

Patten said he believes that most of the people he arrests want better for themselves.

“Even people who commit criminal acts want to do good,” he said.  “Most of them want to do better, but they have taken the wrong path and it can be very difficult to change paths.”

The Sheriff has been able to use his position to help many inmates chart a new course.

“I have told our inmates that if they straighten up and can prove that they are willing to do right, I will vouch for them when they get out and look for a job,” Patten said.  “All some of our guys need is a shot to do right.  None of the employers who have hired our guys have told me they regretted it.”

For those who have been incarcerated, the opportunity to go to work is something that has proven invaluable.

“It gives them a new lease on life,” said Patten, “because they are not tagged as criminals.  They have gotten the opportunity to become gainfully employed and raise their families the right way.  They aren’t having to look over their shoulders because they are doing something illegal to provide for their families.  It takes that burden away from them.”

Patten said they have seen a decrease in the number of repeat offenders in the county jail.  He believes it’s the responsibility of his officer to walk alongside those they arrest to help them chart a new course.

“Our officers are walking hand in hand with the members of the community,” he said.  “We are going to arrest you if you are breaking the law, but we are also going to help you be better today than you were yesterday.  It’s important for us to help you up and out.”

Patten has instilled an attitude of respect in his officers.

“They know we are going to treat everyone with respect – that includes the people in our jail,” he said.  “I had a vision when I took office in 2016 that we would show the community how well we could thrive once we agreed to work together.”

Patten believes in a quality of life for everyone in his county and will continue the fight for the underdogs.

“We are working to fill in the gaps for those who are reentering our community.  It’s important to get out among the people and break down the barriers,” he said.

A smart approach, like that of Sheriff of Patten, offers the dignity of work to people who have made mistakes while saving taxpayer dollars and creating safer communities for everyone.