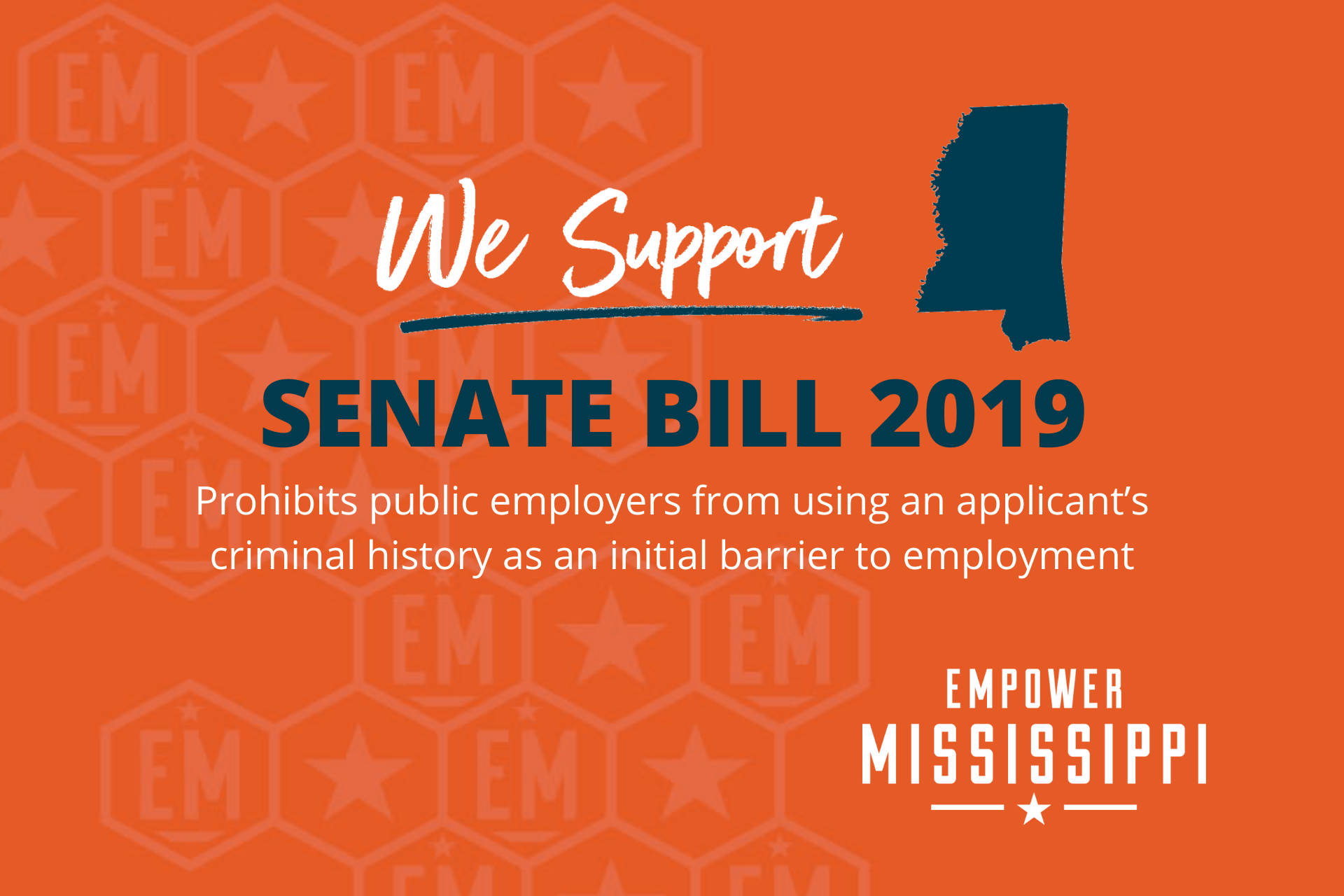 Senate Bill 2019, sponsored by Sen. Tammy Witherspoon, would prohibit public employers from using an applicant’s criminal history as an initial barrier to employment.

Birthed in 2004 through the work of All of Us or None, the Ban the Box campaign has been focused on allowing skills and qualifications to be the preliminary deciding factors for an applicant’s progression through the hiring process, as opposed to arrest and conviction history. The impact of this movement reached national heights as Congress passed the Fair Chance to Compete for Jobs Act of 2019, as a part of the larger National Defense Authorization Act to address the issue within federal hiring practices.

This would only apply to state and local government employers, not private employers.

Currently, over 100,000 Mississippians have some sort of criminal record that would appear on a background check. This bill, if adopted into law, would prevent that information from being disclosed until the applicant has signed a waiver to release the information, been considered for a specific position, or granted an interview.

Putting Mississippians back to work is and should continue to be a major focus. Mississippi currently ranks 5th in the lowest labor force participation rate in the country. To date, over 30 states and over 100 cities and counties have adopted some form of fair chance practices including our neighboring southern state of Louisiana

Mississippians with skills and expertise that are giving a fair chance to gainful employment without being overlooked due to stigma of past mistakes increase our workforce participation, grow our economy, and ultimately increase our public safety.

It has been referred to Labor. You can read the bill here.