Robert St. John: ‘Drug treatment and drug courts are methods that have been proven to be effective.’ 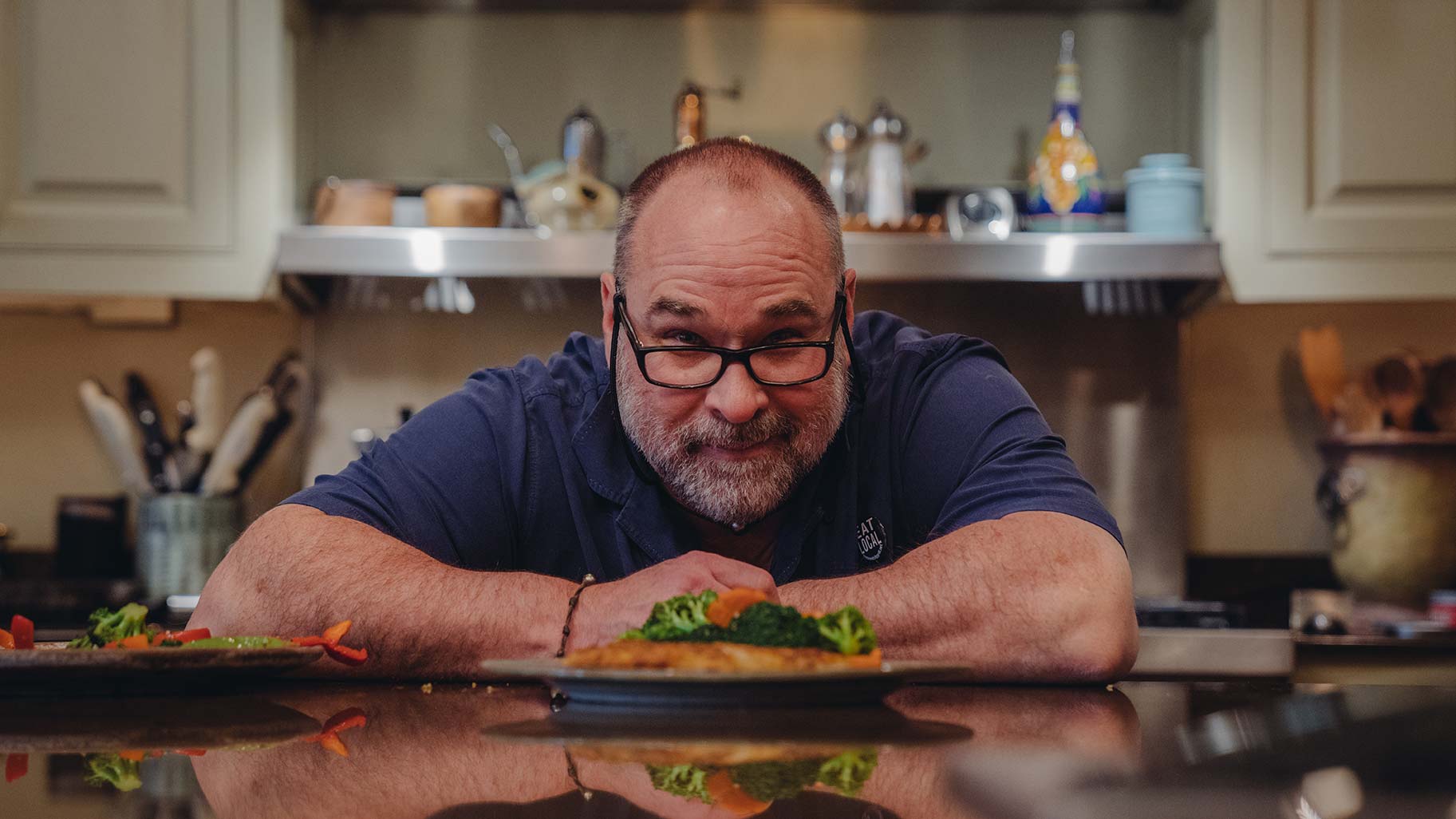 “As an employer for the past 32 years, we have hired hundreds who are in recovery and rarely have gotten burned. People who are working towards making things better in their life and practicing some type of 12-step recovery program have found dignity in work.”

You may know him as a famed restaurateur, author, activist, and local celebrity, but what you may not know about Robert St. John is that he is in recovery.

And he doesn’t attribute the beginning of his journey to recovery to an “ah-ha” moment, but a DUI.

St. John found himself in a treatment center battling his addiction.

“In 1983 people didn’t really know what a treatment center was,” he said.  “When I got there someone looked at me and told me, ‘You never have to drink again,’ and that was revelational.  My life, in my mind, had been set that drinking and partying was always going to be a part of it because I wasn’t going to stop drinking and using.  Then, my next thought was, ‘What do you do if you don’t drink or party?’”

St. John had resigned himself in those days, at the age of 21, to the notion that he would not live to see 30.

“At the rate I was going, I probably wouldn’t have seen the age of 25,” he said.

Recently, there’s been a change in thinking on how addiction is treated by our criminal justice system. While the old approach was to simply arrest and incarcerate people, evidence has shown that this approach does little to address the underlying issues that lead to addiction. This has led many jurisdictions to begin implementing diversion programs that instead provide treatment and recovery services to those whose criminal activity is driven by addiction.

The struggles St. John experienced in his own life and on his own road to recovery spurred him to be an encourager and supporter of others who are battling their own addictions.

“Addiction, whether drugs or alcohol, is considered a disease,” he said.  “We have compassion for people with cancer or diabetes.  This is the same type thing, but of course there’s a legal element in it because there is a danger to the public.  When you break it down, someone who is addicted in my experience really has no choice.  Once you are in the middle of that active addiction there’s no choice.  The compulsion that is there is a mental, spiritual, and physical thing that exists, and it can’t be denied.”

St. John noted that seeking a better approach to treatment for those struggling with addiction is key.

“Addiction doesn’t choose based on anything other than you have it or you don’t. I’m not talking about people who are selling drugs or have injured others in an accident,” he said.  “That’s an entirely different case.  But someone who is struggling with a health problem, a spiritual problem, a mental problem, and a physical problem all at once deserves to have a more humane way to deal with that.  Drug treatment and drug courts are a method that has been proven to be effective.”

An active participant of a 12-step program, St. John finds time to attend drug court graduations in his hometown of Hattiesburg and has seen graduates go on to lead productive lives.

“It’s been my experience as I have encountered those people over the three years that they are monitored, that an overwhelming majority stay clean and sober and move on with their lives which is much better than just getting thrown into the criminal justice system.  I’m a pretty hardcore conservative when it comes to crime and punishment, but there are gray areas, and this is a very gray area as it would be with any type of mental illness.  What I have witnessed is that treatment is extremely effective in helping someone stay off of drugs and away from alcohol long enough to clear their head and gain some life tools they can use going forward.”

Addiction, according to St. John, is an unforgiving, unrelenting disease.

“Addiction is a permanent thing,” he said.  “Once it’s happened, it has happened.  It’s like the cucumber that becomes a pickle.  Once you become a pickle, you can’t become a cucumber again.  That’s the way addiction is.  It’s like a train – the engine hits way before the caboose does.  Unless you’re an addict it’s hard for you to understand that.  It’s an all-consuming, spiritual malady that effects not only the addict but everyone they come in contact with and it never sleeps.”

Today, 36 years clean and sober, St. John continues to encourage others on the road to recovery – even hiring some along the way.

“As an employer for the past 32 years, we have hired hundreds who are in recovery and rarely have gotten burned.  People who are working towards making things better in their life and practicing some type of 12-step recovery program have found dignity in work,” he said.

And St. John said he has never seen hiring people who are in recovery as a risk.

“It’s never been scary for me because of my background.  I was getting clean and sober around the time Pine Grove came along,” he said.

Pine Grove Behavioral Health and Addiction Services in Hattiesburg was founded in 1984 and is a well-known treatment facility offering programs to effectively address the complexities of life and addiction.

“We hired a lot of people out of Pine Grove,” he said.  “At one point we had a former M.D. who was a successful practicing physician from Florida working for us a dishwasher for a year because that’s what he wanted to do to focus on his own health.  Addiction knows no boundaries.  It knows no income level or social structure.  It doesn’t choose based on anything other than you have it or you don’t.”

While St. John continues to live each day clean and sober, he recently had the opportunity to speak at a drug court graduation in Hattiesburg.

“I told them to go home after graduation and get out a piece of paper and write down what their best life at this point would look like.  I told them to dream big and overshoot their wildest imagination.  Then, fold up that paper and stick it in a drawer and don’t use,” he said.

St. John has far surpassed his wildest imagination in his own life and explained to the group that they could too.

“I’m not talking about worldly or material things.  I’m talking about relational things like a healthy marriage and being a great father.  See, all those years ago, I was worried about the party, but the party had been over a long time when I got to recovery.”

The treatment model implemented in drug court in Hattiesburg is one that St. John believes is successful.

“If we can implement it on a larger scale to help people struggling with addiction then that seems to make a lot of sense,” he said.  “Everyone should go to a drug court graduation at some time in their life.  Just go and sit in the back of the room and see the difference that program has made in those people’s lives – and in their families’ lives.  We think about the person, but with addiction the person sobers up, but the family has still been through hell for years and years and so the fact that you can sit there and see this recovery is an emotional, heartwarming thing that gives you hope.”

St. John noted that times have changed when it comes to drug use.  The availability in conjunction with the potency has made for a deadly combination.

“When I was younger heroin was something that was just the most out of range, hardcore, end-of-the-road thing there was,” he said, “and today that’s the cheaper alternative to other things that can be accessed as easily.  What we are dealing with today with narcotics and the availability is so much more potent.  Kids are putting these psychotropic drugs in their bodies and it’s a bad deal.

“That’s part of the reason I share my story now.  I’m 57.  I’m 27 years older than I ever thought I would become, and after 36 years in recovery I have seen dozens of my friends who didn’t make it.  It’s a fatal, serious disease.”

St. John’s message to those struggling with addiction and fighting for recovery?

“I want them to be able to accomplish everything God has planned for them and live to their maximum potential.  Then, help others behind them.  I believe everybody was meant to do something.  My wish is for them to find that thing they are supposed to do and do it the best way they can, and then help others who are coming behind them because that’s the key.  There’s a saying in 12-step recovery, ‘To keep it you have to give it away.’  A lot of people have a problem reconciling that but it’s absolute truth.  That’s why I share my story.”