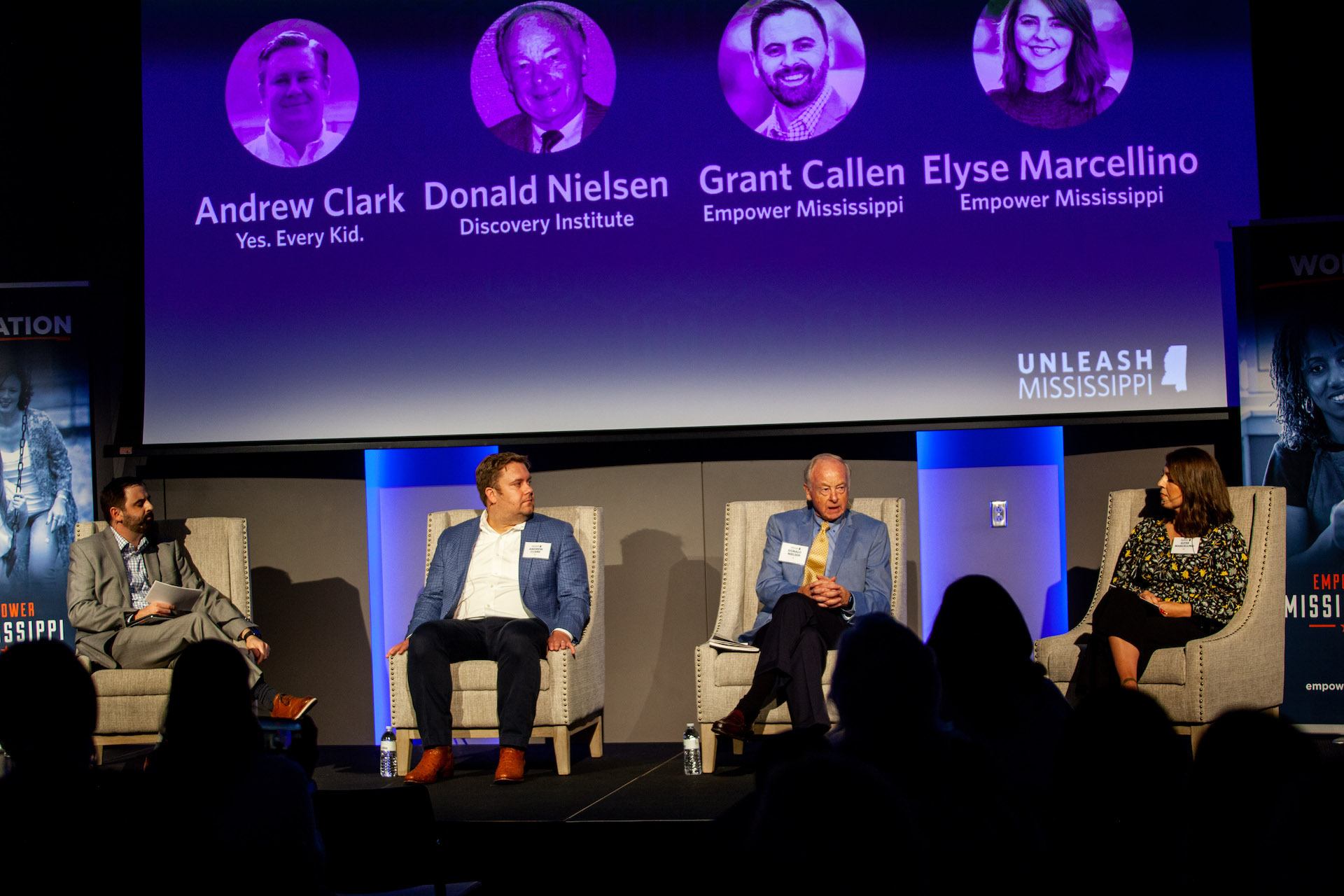 Nielsen is a Senior Fellow at the Discovery Institute, a long-time education advocate, and a former member of the Seattle School Board.

The entire purpose of our K-12 education system is to prepare young people for life. But is that the measure by which education decisions are based?

“The vision ought to be how do we create lifelong learners who are equipped to take on the world,” said Callen.

Unfortunately, that often isn’t the case

“We’ve created an incredible standardized education system,” Clark noted. “We organize kids by the year they are born, teach them the same stuff for 180 days, and expect the same outcomes. We expect them to thrive, but every kid is unique. They have different interests – different aptitudes.”

The education system in the United States, according to Nielsen, is obsolete – not broken.

“The public education system is operating exactly as it was set up to operate. It was designed to create children who had the capacity to work in the industrial revolution factories,” he said. “The whole thing started in 1904 and virtually every aspect of the system was established for that purpose.”

From the six-hour day, the 180-day school year, to a four-year high school that requires three years of history and four years of math, the same system, now obsolete, remains in place today.

The United States is no longer a world leader in education. Instead, the US comes in at number 26, and, Nielsen noted, that is because the rest of the world has changed and gotten better while the US is still operating on an old system.

“The US is losing ground globally, and Mississippi is at the bottom,” he said.

What is the solution in Mississippi?

Innovative, individualized education that recognizes and meets the specific needs of each child.

“Some districts are doing really good stuff – Corinth, Vicksburg, and Gulfport,” said Nielsen, “but we have a lot more districts than that in Mississippi.”

Critics quickly point to money as a solution, but when it comes to rethinking education, money is not the top priority.

“It’s not about money,” he continued. “We have tried to spend more money on schools and it doesn’t work. We have an $800 billion enterprise with 6 million employees and our academic achievement has not materially improved.”

How does Mississippi change how it educates children?

“This state has the greatest need and has the greatest capacity to do this. Mississippi has the opportunity to lead the country in the transformation of its public system,” Nielsen added. “If it does that, it will be the greatest economic development program you could initiate.”

By providing teachers with the freedom to educate their students, everyone wins.

“Families want a safe environment where their students are treated like whole human beings and not just a test score,” said Marcellino. “They want their children to be prepared for life.”

By inviting families into the process, it creates a more successful outcome. However, there are more Mississippi families who don’t have options or are not sure how to make a change.

“They need more information,” Marcelino continued. “We found that 50 percent of Mississippians believe education is on the wrong track. They believe that the purpose of education is to develop students’ minds and characters, foster in them a lifelong love of learning and equip them to find meaningful lives.”

Testing and accountability models do not put Mississippi on the right track.

“Testing and accountability are both valuable, but when they are conflated, they are very destructive,” he said. “Trying to control that from a centralized place is utter nonsense. You can’t control people. If you want to be successful, you have to trust people.”

Teachers entered the education field to educate children, not to be tied down by regulations and testing.

“Teachers feel constrained by the regulations that have been put on them,” said Marcellino, “but there is great potential in pulling back on oppressive, misguided regulations. Accountability has become top-down accountability. You can’t hold anyone accountable when the people closest to the problem don’t have the ability to do something about it. People want more local control to provide local solutions.”

Mississippi had the nation’s fastest-improving school system before the pandemic, but also…