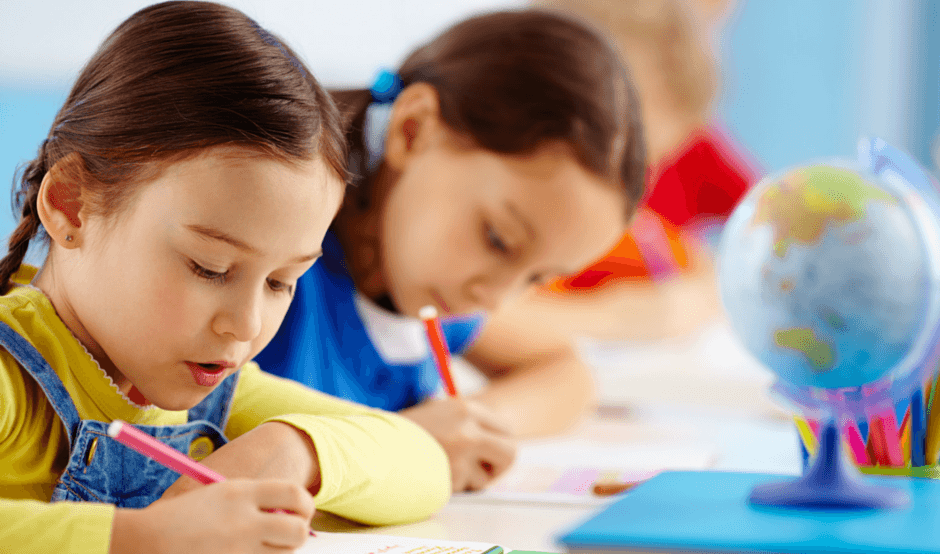 School choice creates effective education options that best fit the student’s needs by releasing them from a one size fits all education system. Whether it is a private school, public school, charter school, or any other form of education a parent chooses, school choice provides parents with new choices and introduces competition into the system by driving both success and innovation.

School choice critics often claim that there is too much ideology, too little research, or fixed results because of researchers “cherry-picking” students. But the research tells a different story. By using gold-standard research, researchers have been able to accurately analyze the effectiveness of choice programs.

The Win-Win report recently released by EdChoice covers the effectiveness of school choice by using methods new to education policy. While traditional research methods are based on comparing the effects of public and private schools on a student’s test scores, EdChoice was able to compile random-assignment research which ensures that the results were not misconstrued by factors such as demographics or parental motivation. When there are more applicants than available openings for a choice program a random lottery is used to choose who may participate. Why is this important? This randomization of participation creates an ideal random-assignment study. With this method, the students who win the lottery can be compared to those who don’t, thus insuring that any differences between the two groups is due solely to the participation in a choice program because nothing else separates the two.

The results were overwhelmingly in favor of choice programs. There were 18 studies of choice programs using the random-assignment methods. In 14 of those studies, some or all of the students showed significant improvement and positive results. In six of those studies, a significant increase in achievement was recorded by all students. Out of the 18 studies, only two showed no improvement in any direction for the students who entered the choice program. After looking into one case further, researchers found several errors in the methods of the study which, if corrected, would yield positive results. 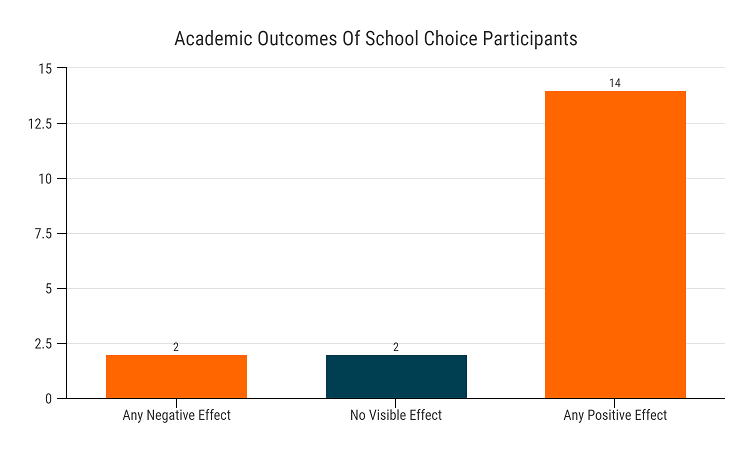 In two of the studies, both observing the Louisiana Scholarship Program, students showed negative outcomes in several academic areas. This can likely be explained due to the lack of private schools that participated in the choice program out of fear of looming regulations. The fear of regulatory control over participating schools limited the private schools that were willing to risk entering the program, thus ensuring that the schools who did were likely to be the lower performing schools with little to lose. However, by the third year of the program the negative outcomes had been reversed.

Similarly, we see a significant improvement in graduation rates after evaluating the results of the D.C. voucher program. Students who participated in a choice program had an 82 percent graduation rate, which is 12 percentage points higher than those not selected to participate.

There are a variety of options that empower parents to make the best decision for their kids including more education options, education scholarship accounts, and tax credit scholarships. We support school choice because we believe no one is better suited at choosing the best education for a child than that child’s parents. Even though so few options are available today, the research clearly confirms that parents are capable of making the right choice.