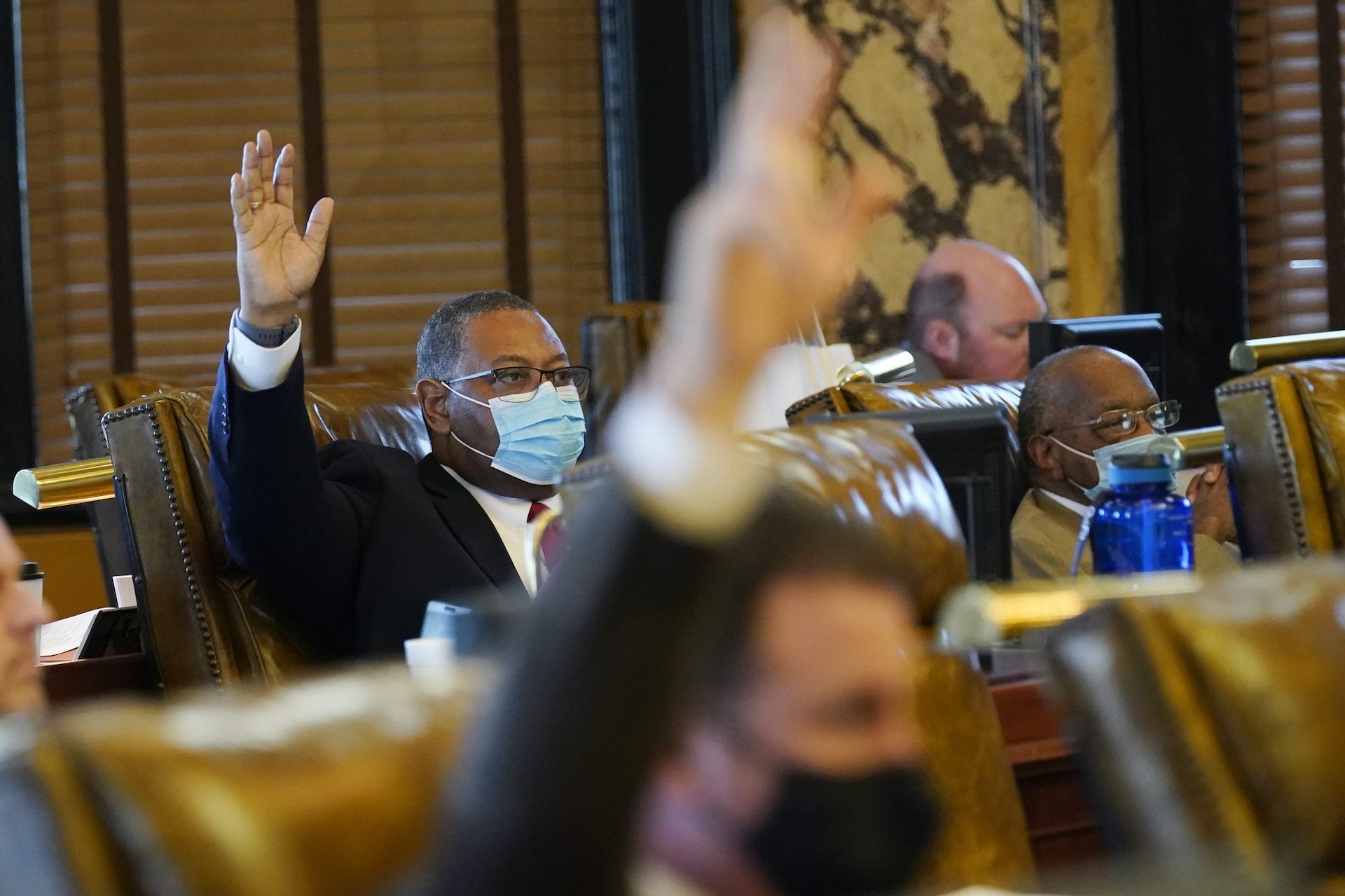 In 1969, astronauts Neil Armstrong and Buzz Aldrin became the first men to walk on the moon. That same year, the Code of Federal Regulations—the record of all regulations adopted by U.S. federal agencies—contained roughly 400,000 regulatory restrictions on Americans.

Since that fateful moon walk, man has continued to push the boundaries of what is possible, both as a matter of science and rulemaking. Technology continues to evolve, often making life more comfortable. But regulation just keeps growing and becoming more complex. By 2019, we reached more than 1 million federal restrictions, spread across 103 million words.

Of course, federal agencies are not the only ones making new rules. In Mississippi, there are approximately 116,000 regulatory restrictions. To put that in perspective, reading William Faulkner’s “As I Lay Dying” 157 times would get you close to 8.9 million words worth of Mississippi regulations. It would probably be easier to understand, too.

Economists have estimated that had the accumulation of federal regulation stopped in 1980, the U.S. economy would have been $4 trillion larger by 2012. In down-to-earth terms, that represents an additional $13,000 each year for every man, woman and child in America.

Many people assume that every regulation is designed to protect them and their families. Indeed, well-purposed regulation directed at real risks can serve that function. However, there are a number of defects with how regulations are created that thwart that purpose, even hurting the people who can least afford it.

For one, well-meaning regulators are not as accountable for their actions as elected public officials. Regulators are so specialized that they can miss the big picture, including how their rules interact with rules crafted by other agencies. They frequently build on top of outdated bodies of regulation, instead of taking a fresh start that keeps pace with the modern economy.

Rule makers also tend to receive the most feedback from people who are already established in the industries they regulate. While partly unavoidable, it can create “regulatory capture,” where the focus of rules becomes protecting the status quo for powerful insiders, as opposed to truly serving the entire public, or providing an even playing field for every business and industry. In some situations, regulation becomes a barrier for people struggling to simply grab ahold of the economic ladder.

New research from the Mercatus Center at George Mason University highlights the extent of these inequities. Federal regulation between 1997 and 2015 is estimated to have led to 68 fewer businesses and 904 lost jobs each year in Mississippi. An estimated 86,000 more Mississippians are living in poverty as a result of this regulatory growth. A growing regulatory code corresponds with higher prices, and also with higher income inequality, thereby fraying the social fabric.

To the credit of lawmakers in recent years, Mississippi has begun to look for smart regulatory reforms aimed at creating an economic environment that works for the people, and not just the well-connected.

A series of meaningful reforms to expand access to quality health care and make it easier for Mississippians to find work have advanced in the legislature this session. But every attempt to rein in unwieldy rules comes with an intense special interest who fears its ox being gored. Thus, progress is slow.

The Magnolia State needs an audacious goal—like the one that saw Idaho decide nearly 40 percent of its regulatory restrictions were no longer necessary—to rally around.

Fifty years ago, mankind went to the moon with the technology of that era. When NASA landed a new rover on Mars in February, the technology had changed dramatically. Computers that once filled rooms have been reduced to the size of a phone. This willingness to evolve allowed us to go farther, faster, and with less risk.

Instead of building on outdated regulatory frameworks, Mississippi needs to evolve its approach to achieve new heights.

This column appeared in the Daily Journal on March 28, 2021.