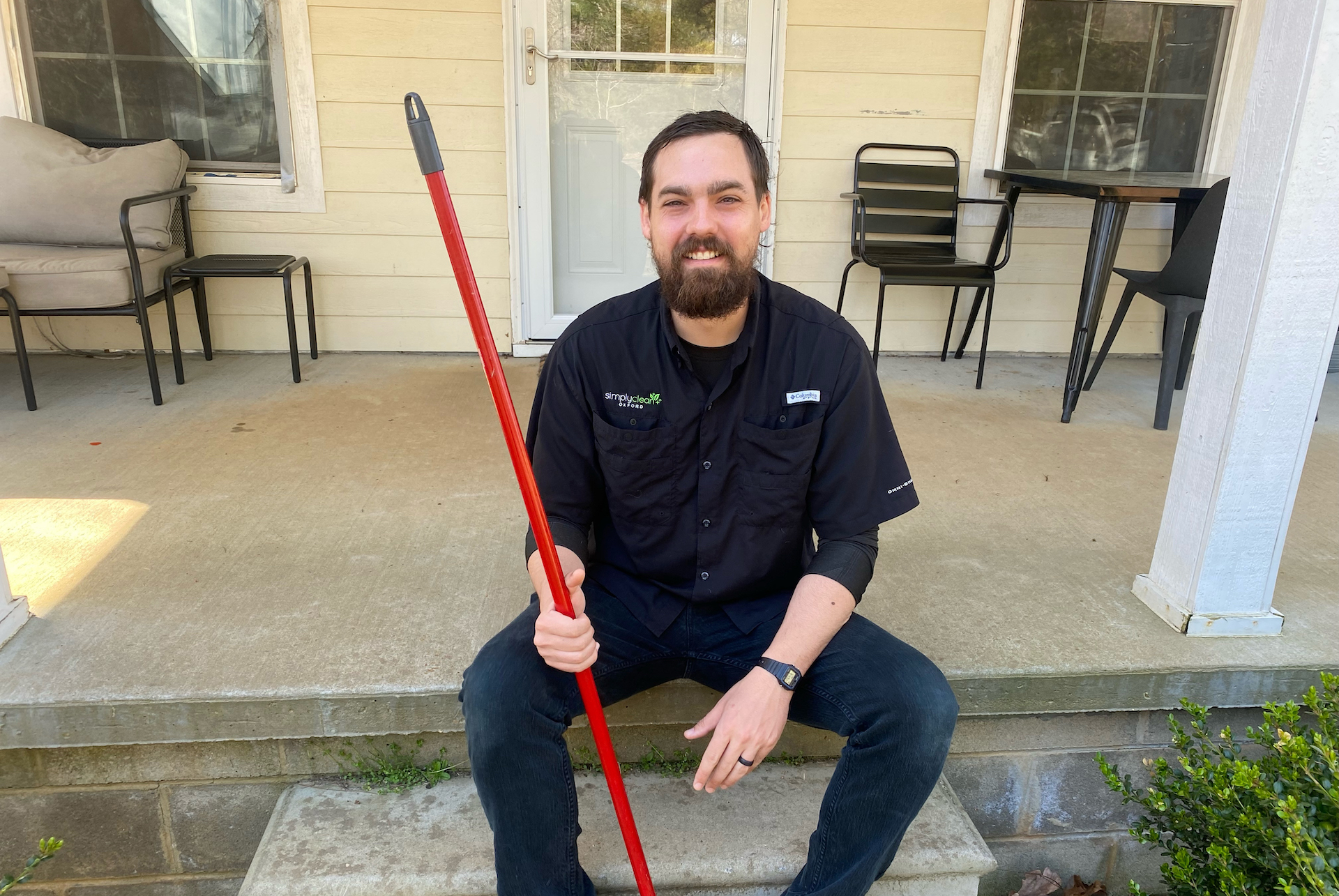 So many things are factored into that word for someone who is coming out of addiction – recovering from trauma, recovering emotionally, recovering physically.

Ryan Nicholas was addicted to opioids at age 20. He would spend the next five years battling his addiction. Ryan got the help he needed to get back on track.

“I went through treatment, and it was what I needed,” he said, “but once I was out of treatment, I was trying to find a job and it was discouraging.”

Ryan struggled to find work, and for someone who was in a daily battle to survive the weight of his circumstance grew heavy.

“I felt like all of my friends were ahead of me,” he said. “They had jobs and were doing well, and I was behind. I was lucky to have the support of my family and friends during that time.”

Desperate for work, Ryan began mowing yards and was doing well, but the work dried up in the winter months. Out of desperation, he said, he began cleaning houses.

“It became a whole thing,” he continued. “In Oxford, there are a lot of rentals for game day weekends, and I would go through and clean houses.”

From that humble beginning in 2015, Ryan’s business “Simply Clean” was born. Ryan and his wife Sarah are in their sixth year and the growth has been steady.

“We’ve been pretty intentional about our business,” he said, “and we’ve seen it do very well here in Oxford. Simply Clean would not operate without my wife Sarah.”

Ryan’s mission is to provide those who have had interaction with the criminal justice system or issues with addiction a second chance.

“It’s given me a lot of purpose in my life because I’m able to help people and also grow a business,” he said. “Hiring people who need a second chance is good for them and it’s good for us. They are smart, capable, and hardworking. I see it as a win/win.”

For those like Ryan, the opportunity to work is precious.

“It gives them purpose,” he said, “and our employees are happy to have a job and to be treated decently.”

And the importance of second chances is personal.

“I believe in them because I had one. I actually had many more than one,” he said, “but it’s something that, based on my own experience, is needed. It’s cool when I really stop and think about it and the people that have gotten a second chance here, but for the most part I keep my head down and go to work every day. This business is the greatest accomplishment of my life.”

Ryan stressed the need to incentivize businesses to hire people looking for a second chance.

“There are a lot of potential employees and talent out there who are not working because employers don’t want to take the risk.  A lot of times that risk is not real.  We’ve cleaned over 20,000 homes since we started our business and had only three instances of theft and about 80 percent of our staff have a criminal history either related to drugs or theft.”

As Ryan looks to the future of his business, his goal is simple.

“I want to be successful and be a positive force in our community,” he said. “When we started compared to now looks vastly different. It’s been an amazing, long, hard road and I’m incredibly proud of it.”