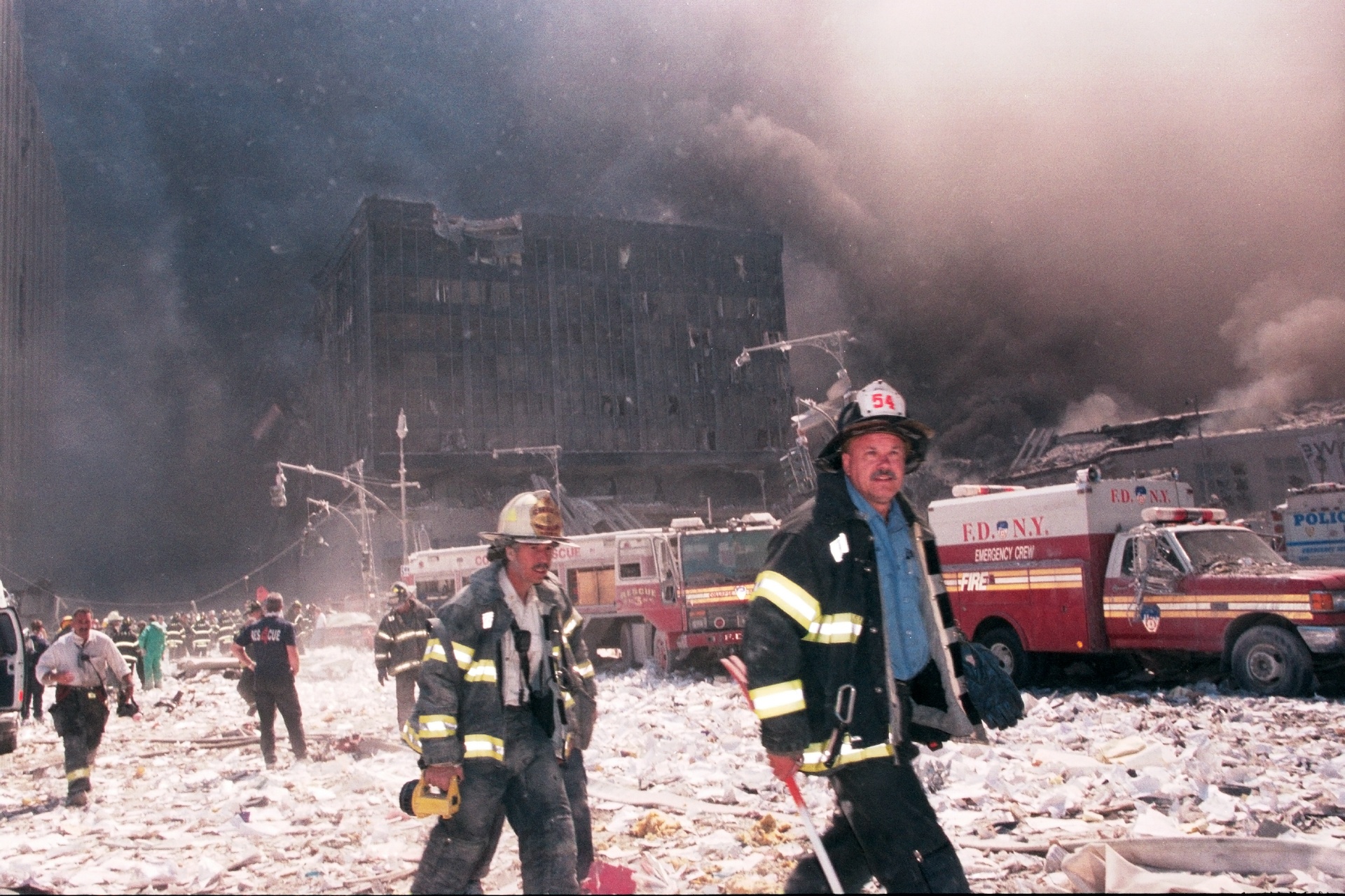 Lt. Col. Jerry Don Dickerson was at work inside the Pentagon on September 11, 2001, when an American Airlines plane carrying his childhood friend Joe Ferguson crashed into the side of the building.

Both men grew up in the small Mississippi town of Durant. Linked in life, they would forever be linked in tragedy — two of 2,977 people that lost their lives because of the terrorist attacks of 9/11. In the years that followed, 6,715 American soldiers would pay the ultimate sacrifice in Afghanistan and Iraq.

On the morning of September 11, I sat in my college dorm room fixated on a 13-inch TV/VCR combo, watching horrifying images of jetliners turned missiles slamming into the architectural symbols of America’s strength. There was fire and chaos and death.

I’d spent the previous summer in New York doing an internship at the United Nations. On my 19th birthday that summer, I made my way to the World Trade Center and up to the observation deck in the South Tower. “The Top of the World.” Now it was simply gone.

As the magnitude of the event sunk in over the next few days and weeks, sorrow gave way to anger, and anger turned to unified resolve. In that darkness, we found what connected us all as Americans.

It’s hard to believe it has been 20 years. I still vividly remember George W. Bush standing on a pile of rubble, his arm around the shoulder of a fireman with a bullhorn in hand. He reminded those responsible that America would be heard. A month later, he strode to the mound of Yankee Stadium to throw out the first pitch of Game 3 of the World Series. It was a strike down the middle of the plate and the stadium erupted in USA chants.

One event reminded us that we weren’t beaten, the other, that things could be normal again.

A couple of months after the attacks, I flew to New York for a student conference — one of only a handful of people on board. When I arrived at La Guardia, there were armed soldiers with machine guns in the airport. I had the thought that this is what it must be like to live in a war-torn country.

One night, our group made its way to Ground Zero. It was still smoldering. Around the sight, there were tall walls erected and nets draped over buildings. The walls were covered with pictures and tributes honoring the dead.

It was a sobering experience and one that has been the subject of frequent reflection in the two decades that have followed. On September 10, people tucked their children into bed. The next morning, they woke for breakfast. They kissed their husbands and wives goodbye. They got on subways and buses and planes to go do their jobs. They rode elevators to the top of skyscrapers. They strolled into fire and police stations. It was to be another day. And now they were pictures on a wall.

Still, I think about it. Americans felt vulnerable on September 11, like who we were as a people was in jeopardy. We were reminded of our fragility. But we also saw incredible expressions of love, compassion, and resilience in the face of adversity. The day is in many ways a perfect microcosm of both the best and worst of humanity.

America faces different adversity today. The ‘enemy’ is not external. The ‘enemy’ is us. The social fabric of our country is unraveling in so many ways. But if there is a lesson to be learned from 9/11, it’s that people from very different backgrounds can tackle big challenges if we stop fixating on what divides us and focus on what unites us. And that gives me some hope.