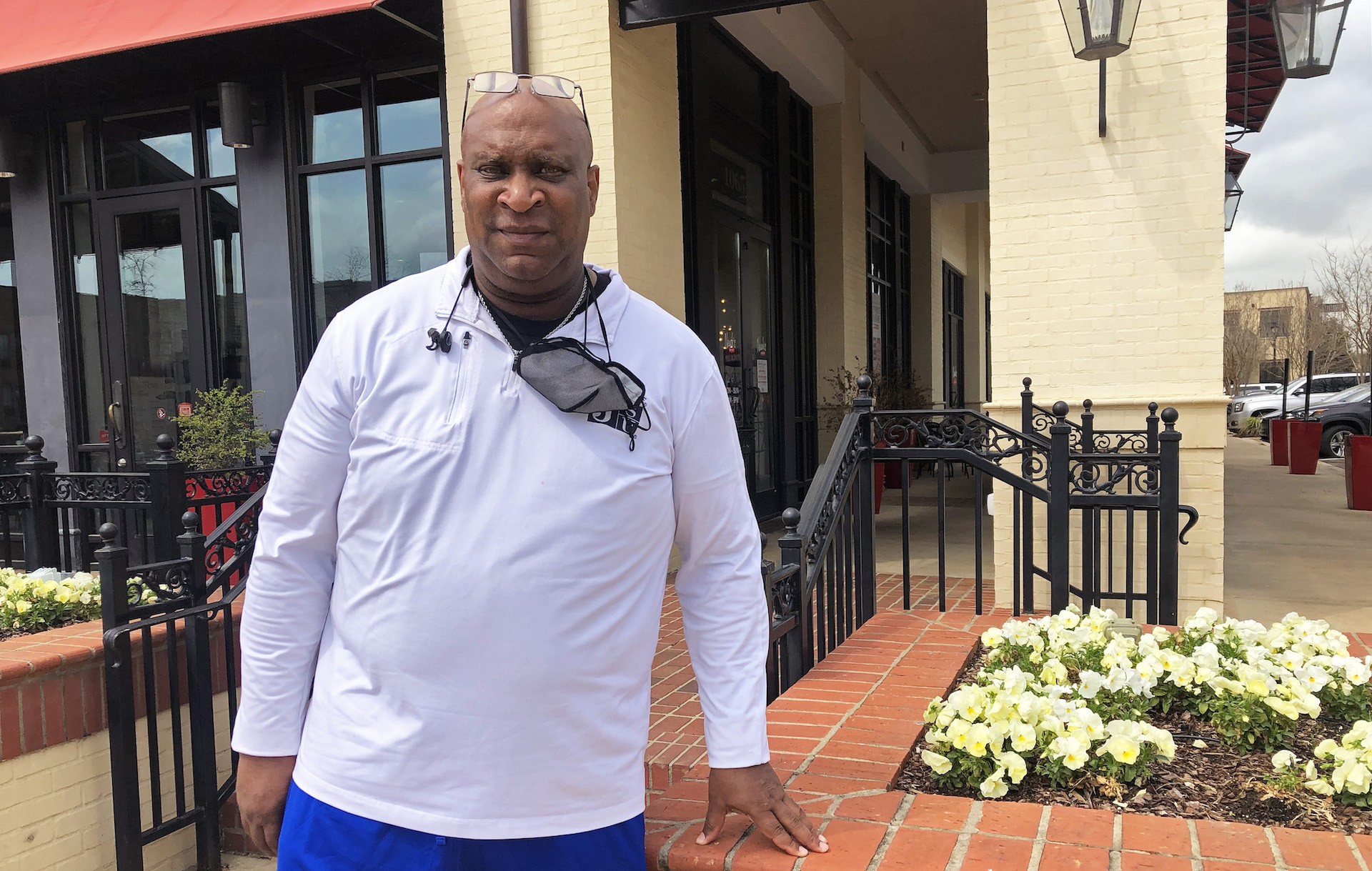 “Every profession is evolving, and law enforcement is no different.”

Lt. Kevin Lavine of the Hinds County Sheriff’s Department recognizes that the “run hard and lock ‘em all up” strategy is no longer a viable one in the state of Mississippi.

“I’ve been in law enforcement for over 30 years,” he said, “and it’s time for us to embrace something new.”

Lavine began his career in 1989 as a military police officer. After Desert Storm, he returned home to Jackson where he joined the Jackson Police Department in 1991.

“My passion was working with narcotics because I hated drugs and I wanted to remove them from our community,” he said. “I started working with the street level narcotics unit around 1995 and was very successful.”

Lavine quickly became known by members of the department as well as members of the community as a “drug eradicator.” He set out to rebuild communities and focus on improving community/police relations.

“Part of that includes trust. I developed a trust with the people who were trying to do good things in their neighborhoods. I had the grandmother of one of the biggest drug dealers in the neighborhood who would call me any time he moved to a new location. That’s how I built it in the neighborhood.”

Lavine’s military background and his aggressive tactics worked and quickly gained him the nickname “Cat Eye” in the neighborhood.

“My motto was, ‘High speed. Low drag.’ I came in as a bulldog,” he said. “I saw a perp and I went after him and arrested him. That was all I cared about. I wanted to get you off the street and give people their neighborhoods back.”

He survived four attempts on his life by neighborhood drug dealers as well as threats made against his family.

Several years later Lavine began to recognize that the “lock ‘em up” way might not be the best solution to the war on drugs. He spent some time away from the streets when he went to work for the Mississippi Gaming Commission doing recognizance work.

“I had to reel myself in,” he said, “and when I retired, I began looking at how we could go at the drug war from another direction.”

Lavine went back to school and received his Master’s degree in criminology from Jackson State University. Today he is a criminal justice professor at JSU.

“I came in knowing one way,” he said, “but I’ve realized that there is a better way.”

“I was trained by Sheriff Lee Vance,” he said, “and when you think about it, he came on in 1986 so whoever trained him learned it in the ‘70s. When Lee trained me in the ‘90s, he was training me on methodology from the 1970s. We have been taught an outdated methodology. It’s not law enforcement’s fault, but we stick to what we learn. It’s difficult to embrace something new because that means we have to acknowledge what we don’t know, and we have to ease up on the ‘tough on crime’ persona.”

Through the years of policing as well as through his own deeper study, Lavine recognized that for non-violent drug offenders locking them up was not the way to win the battle.

“When I got into graduate school programs and began looking at theoretical perspectives to explain crime, I didn’t know that some people are deviant due to biological, physiological, and sociological circumstances. For example, alcohol addiction is a genetic gene. We are dealing with people who are in circumstances outside of their control. Some of these people we are seeing now are the crack babies of those we were locking up back then. They have psychological problems. Some of these people really just want help. Those people don’t need to be in jail.

“We still have an old mindset of warehousing people,” he said. “We may be getting programs in jail to teach people a trade, but there are more drugs in the jails than there are on the streets and they are more dangerous. You are not doing the people in the jails any favors. We need to treat these people because they are sick. They have a drug addiction. We need to embrace alternative sentencing guidelines and spending more on treatment.

“We need to spend more time in court diversion programs and putting them back in society as productive citizens.”

Lavine said he believes that by treating addiction as a medical issue also reduces overcrowding in prisons.

“It also allows you to use programs like correctional counseling to help individuals function in society. Those programs can be operated outside of the prison. Then you have people with their families where they have support. They pay for an ankle monitor, and they pay for probation and parole. That should be a no-brainer,” he said. “There is no statistic that proves that jails reduce crime.”

Lavine’s shift in thinking has helped him see addiction from another perspective – one he hopes his fellow law enforcement officers might consider.

“In order for us to change the way we fight this battle, there has to be total agency buy-in from the top down,” he said. “You can come up with all of this you want, but if there is no buy-in it will not work. This is a biological problem, and it needs to be treated that way. Let’s have a real discussion with open minds.”