My kids are in public school. I support school choice. 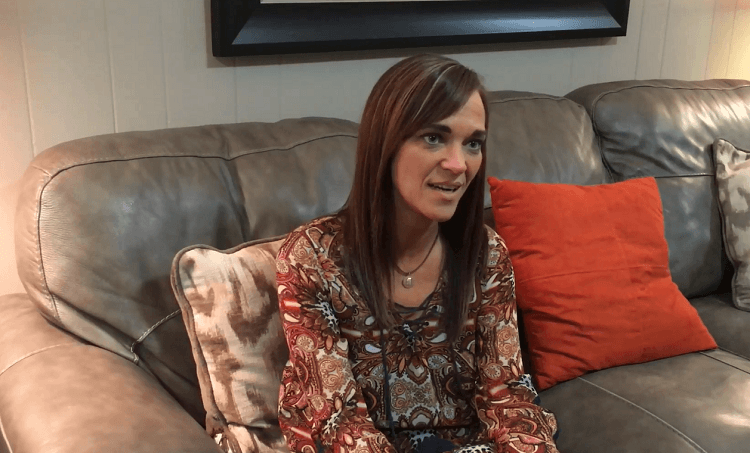 Amanda Felder has always wanted the best for her son Max. When he was younger, that meant paying for private school tuition at Magnolia Speech School. It also meant a yearlong transition in a smaller private school. And today, it means attending his local district school.

We visited with Amanda two years ago. At the time, her family was struggling to pay for tuition to Magnolia, but it was the only option they had. Even though they live in the highly rated Clinton School District, the district was not providing Max with the services he needed.

From a young age, Max was developing at a different pace than most children. He had speech issues and was not able to communicate with others. And he was on the autism spectrum. As a result, his frustration would set in and the meltdowns began simply because he could not tell his mom or dad what was on his mind.

The family thought that perhaps socializing at a daycare center would benefit Max. However, he quickly became unable to stay in daycare because of the attention he demanded.

When Max was two, he began to receive speech therapy from Hinds County as part of an early intervention program. But the family ran into problems when the program shifted from the county health department to the district school at age three.

After Max was evaluated by Clinton, the school district concluded that Max did not need any services based on their evaluation. This wasn’t good enough for Amanda.

“He scores high on tests so it’s very hard to get somebody to believe your child has a disability,” Amanda said. “There is nothing wrong with his ability to read something, analyze it, and answer it. But try asking him something and it is like pulling teeth to get him to respond. As parents, we were devastated because we knew he had problems.”

Amanda knew she had no choice but to enroll Max in a school where he would be able to receive the services he needed. And that school was Magnolia Speech School.

The results could not have been better. Magnolia Speech School understood Max and knew how to help him. He learned in an environment that fit his challenges and he received the education that was right for his learning style.

For three years, from ages three through five, Max grew at Magnolia and his life was transformed.

“Max can hold a conversation now,” Amanda said. “Two years ago, he couldn’t. This has made a huge difference. Now he can have a conversation with anybody. Now when the doctor asks him a question, he can answer for himself. As small as that sounds, it’s a big deal. I attribute all of that to Magnolia. Not only what they did for him there but how they helped us in guiding him.”

“My daughter had to drop dance classes,” Amanda added. “She loves performing arts and I had to take that away from her at 11 years old and sit on the floor and cry with her because I had to tell her I couldn’t afford it. She sacrificed for her brother and that is something no kid should have to do.”

Still, they wouldn’t have it any other way.

“Without Magnolia, Max would not be doing what he is doing,” Amanda said. “I know that in my heart.”

For Amanda, the goal has always been to transition Max to the district school when he was ready.

Because of the progress Max made over his three years at Magnolia Speech School, Amanda was able to send him to Mt. Salus Christian School for first grade. She chose the private school in Clinton because of the small size. She wanted to wait and make sure he was ready for the larger district school, fearing that he might regress in the new environment with significantly less personal attention.

She was willing to wait until it was the right time for Max, regardless of how long that might be. But it only took one year.

“After his first semester at Mt. Salus I saw he was doing really well,” Amanda said. “So I began talking with him about how he’d feel going to public school. He was nervous at first, but I was able to warm him up. We were able to visit the school before school started and he was excited. He didn’t shut down as he had in the past.”

This fall, she enrolled Max in the local district school. And he loves it.

The frustrations and meltdowns of years ago have gone away. He even made honor roll in his first semester.

Amanda knows Max would not be where he is without Magnolia Speech School. And she knows he needed to start in the smaller setting Mt. Salus provided.

Even if this was not the plan Amanda always had.

“I grew up in public school, my whole family attended public school, and I stayed here for the schools,” Amanda added. “I had no intention of my kids being anything but public school kids. I didn’t know anything about private school. But then life throws you a curveball.”

Though the legislature adopted the education scholarship account for students with special needs in 2015 as Max was entering kindergarten, the family never qualified because the local district never provided him with an Individualized Education Plan.

Nevertheless, Amanda has exercised school choice simply because she chose schools based on her child’s needs, though it often required sacrifices.

“No two children are the same and I think every child may need a different educational experience,” Amanda said. “My two children are completely different. They both needed educational choices. For my oldest child, public school was the right way to go. For my youngest child who had special needs, public school couldn’t meet his needs and I had no choice but to go elsewhere for four years to get him the help he needed whether we could afford it or not.”