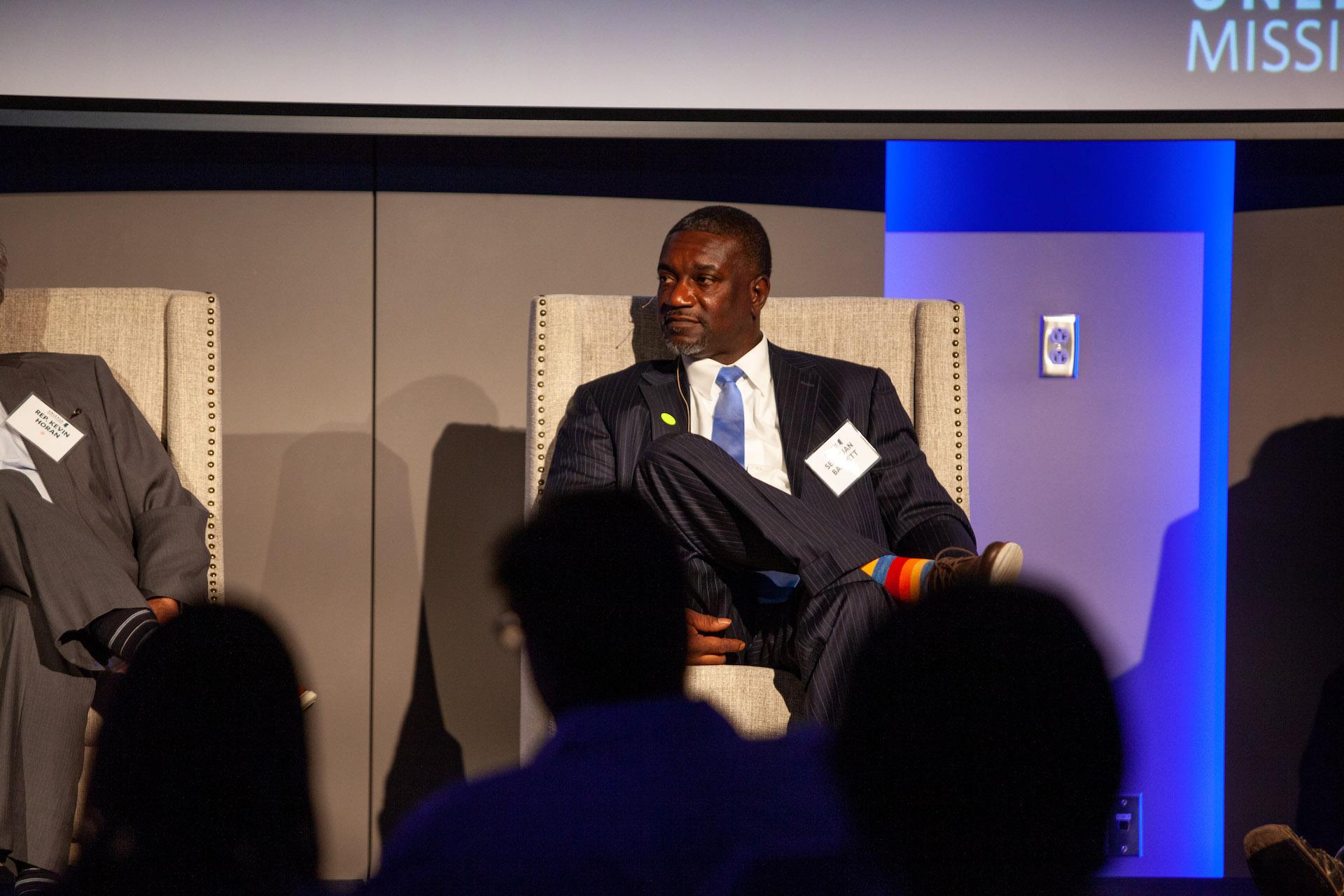 He was sitting in a Mississippi courtroom where he had been called for jury duty.

As court officials made the rounds for jury selection, the judge asked if there was anyone in the room who was not able to serve. Juan Barnett raised his hand and was asked to take a seat across the room.

“Mr. Barnett, why can’t you serve on this jury,” the judge asked.

Barnett’s response came from a place of devastation, pain, and bitterness. He was serving his country, overseas in Iraq at the age of 19 when he got a phone call that forever changed his life.

“I was sitting in an Army communication van manning it when the phone rang on a Wednesday,” he said.

The voice on the other end of the line said, “Spec. Barnett, I am sorry to inform you that your father has passed away.”

“This just can’t be,” Barnett said. “Are you talking about Willie Barnett? Everyone in my family is named Willie Barnett. Are you sure it isn’t Willie B. Barnett?

“I finally had to ask what the age was of the individual to be sure it was my father.”

It devastated Barnett when he was able to confirm that his father had died.

“I managed to call home and ask Mom what happened, and she told me my father was murdered,” Barnett said quietly.

Barnett boarded a military plane and headed home to South Mississippi to be with his family.

“Being the oldest I had to be there to bury my father. Then I had to leave my mother, two brothers, and a sister at home to go back and finish my obligations which was something I had promised my father I would do,” Barnett said. “It was terrible.”

As Barnett grieved his grief turned to anger when he received word that the person who had killed his father did not serve much time in jail.

“That bothered me,” he said.

“It never got any better for me until I had a time by myself with the Lord and He told me, ‘Juan, if you expect to move from this to place to another place, then you have to learn how to forgive.’

A leading voice as Chairman of the Senate Corrections Committee

Today, Barnett serves as Chairman of the Corrections Committee in the Mississippi Senate and has become a champion for criminal justice reform.

“I’m not saying that everyone is innocent,” he said. “There are some that should be incarcerated for the rest of their lives, but there are also individuals who, I think, need a second chance in life. The individual who asked me to forgive is the same individual who wakes me up every morning and gives me a second chance at life regardless of how I lie down the night before.”

Barnett has been able to find forgiveness through his own pain and offer hope and redemption to thousands of Mississippians who are behind bars.

“It’s important for me to tell my story to show that people can and often do make mistakes, but there should be forgiveness and letting people who have made mistakes know that we believe in you,” Barnett said.

In recent weeks, the Biden administration has twice made education news. First,…

The idea of limiting regulations, or red tape, is more than just…