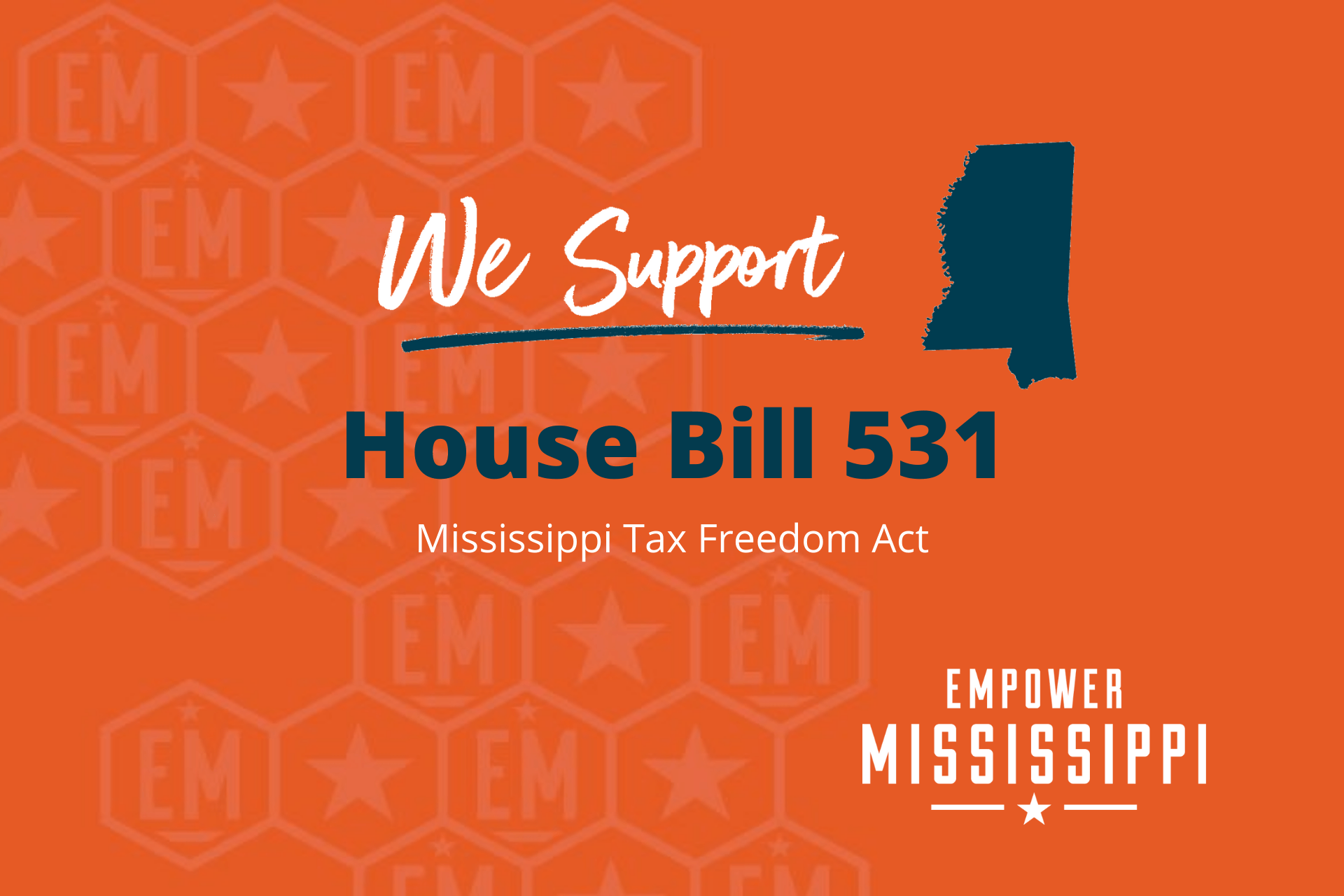 The increases in exemptions mean that most Mississippi workers would pay little to no income taxes in year one of the plan. The remainder of the income tax elimination would occur in subsequent years by allowing for a reasonable rate of growth in government spending but applying any revenue collected over that rate of growth to increase the exemption until the tax was completely repealed.

Like last year’s bill, there is a sales tax offset provision designed to replace some of the revenue lost through eliminating the income tax, but the offset is much smaller this year—a full percentage point lower. Additionally, this year’s bill includes none of the special interest sales tax rate increases that drew fire from certain industries.

One particularly popular provision in last year’s bill was a plan to reduce the grocery tax by half. A similar provision is included in this year’s bill, with a reduction of the grocery tax rate from 7 percent to 4 percent over time. Added this year is a plan to supplement counties from the state to allow for a 50 percent reduction in car tags. Lastly, the bill has been designed with mechanisms to make local taxing districts whole by increasing certain diversions derived both from the general sales tax and grocery tax.

It has passed the House and is headed to the Senate. You can read the bill here.