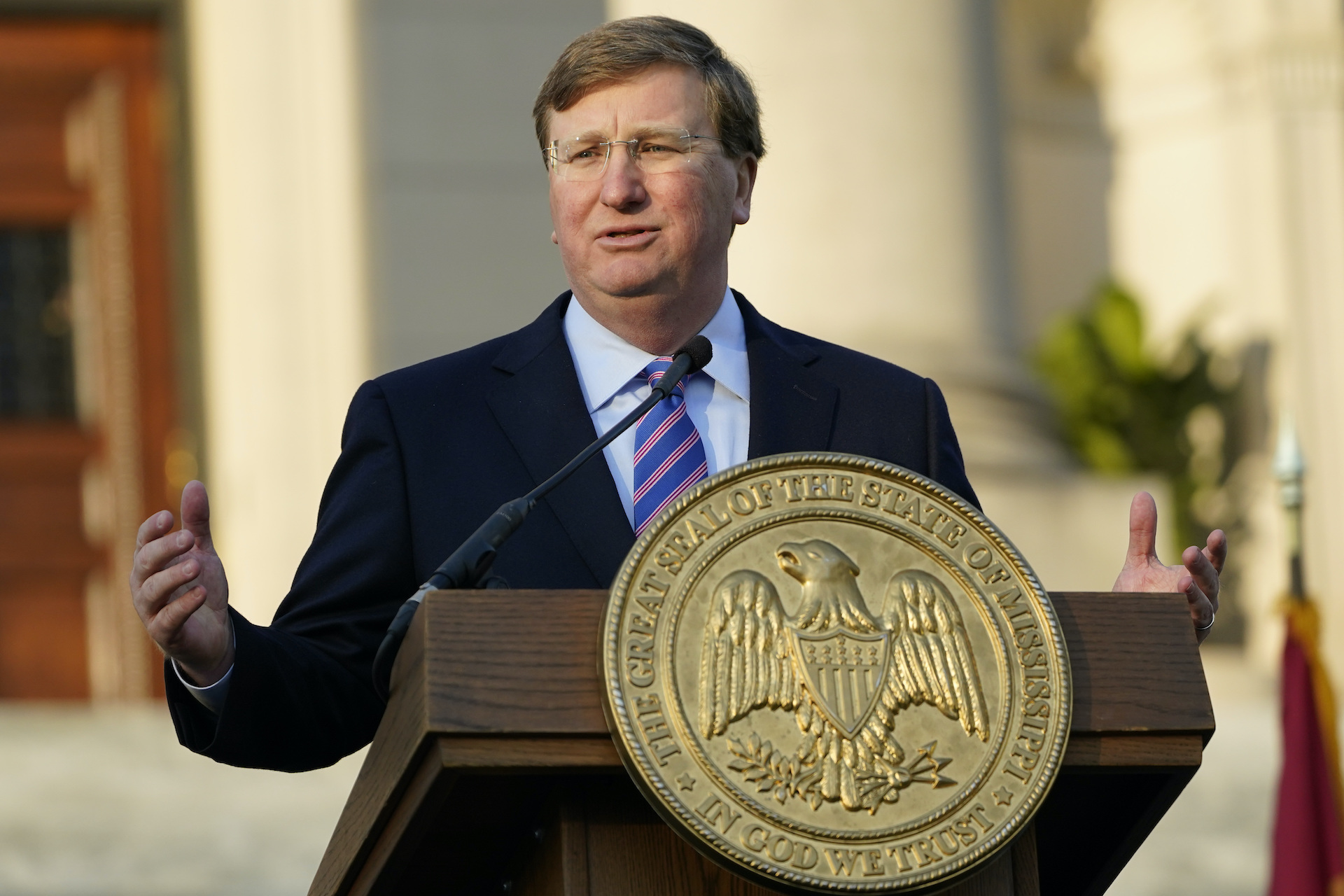 With just three days to go before a final deadline to agree to a tax reform proposal in this legislative session, Gov. Tate Reeves has proposed a plan to fully eliminate the income tax within eight years.

Under Reeves’ proposal, Mississippi would create a flat tax of 3.5 percent in the first year of the plan. This would have the effect of reducing the tax rate on all income. Under Mississippi’s current tax structure, the second $5,000 of income is taxed at 4 percent and all income over $10,000 is taxed at 5 percent. Reducing the tax rate to 3.5 percent on all income over $5,000 would result in a tax cut of over $500 million next year.

Reeves’ plan then calls for reducing the tax rate by half a percentage point a year for seven years, resulting in the complete elimination of the income tax and making Mississippi the tenth state to operate without one.

“Mississippi has an extraordinary opportunity to advance transformational tax reform and the Governor’s plan boldly seizes upon this moment in time,” said Empower Mississippi President Russ Latino. “For two years we’ve debated and scrutinized the idea of eliminating the income tax. The proof is in the pudding, with states without income taxes dramatically outperforming the nation in economic and population growth. For two years, we’ve watched as revenue to government climbed while it became more expensive for Mississippi families to buy groceries. The path forward is clear and urgent. Now is the time.”

Reeves has long supported income tax elimination and outlined that goal in his Executive Budget Recommendation last fall and in the State of the State address in January. In his press conference today, he reiterated that income tax elimination remained a significant priority and he was prepared to use all tools at his disposal. It has been widely speculated that this could include the use of the governor’s authority to call special sessions once the regular legislative session has concluded.

This session, both chambers have been discussing tax relief, with the House adopting a plan to eliminate the income tax early in the session. It has since proposed multiple alternatives in an effort to negotiate with the Senate, including a proposal yesterday to start by cutting $100 million in taxes a year for the next six years.

In turn, the Senate has offered a plan that would reduce the top marginal rate from 5 percent to 4.6 percent over four years, and then eliminate the 4 percent tax bracket over the next four years. The Senate has also proposed some short-term relief that includes a temporary moratorium on the gas tax and one-time rebates but has been resistant to setting as a goal the complete repeal of the income tax.

The House and Senate have until Saturday to agree on a conference report to deliver tax reform this session. It is possible that the rules could be suspended if an agreement were reached at a later date or that the Governor would call a special session.