From addiction and despair to a new life 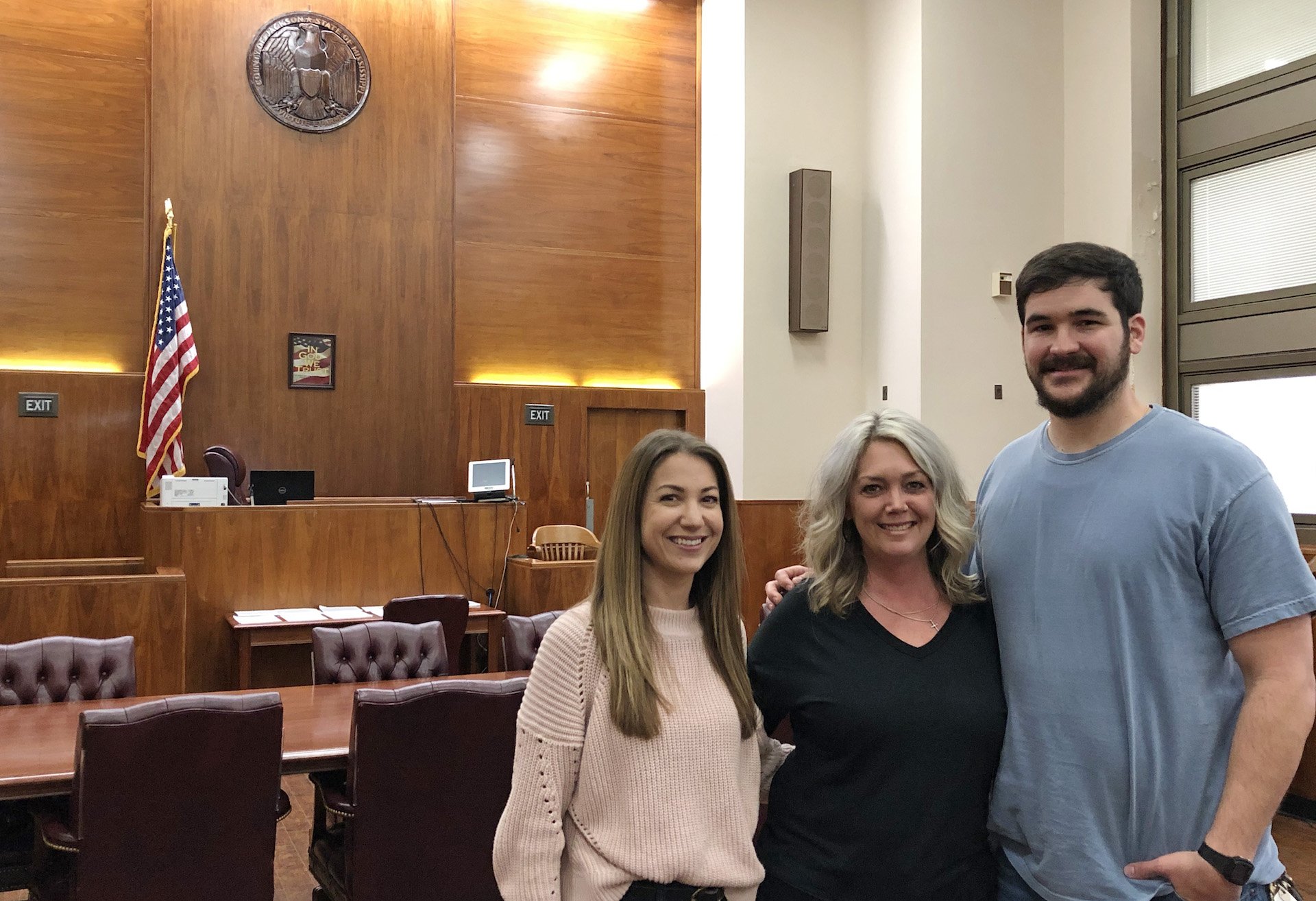 That’s what Mary Hirsch thought she was destined to be after spending years in and out of jail, a nine-month stay in prison, and losing everything in her life that she held dear.

How could she turn her life around? There was no hope for her, she thought.

That was until she was sentenced to drug court in Jackson County on the Mississippi Gulf Coast.

“I was not going to drug court,” she said. “It was something they offered to me a couple of times before I finally agreed to go.”

By the time she agreed to drug court, Mary said she didn’t want to live life anymore.

The story is similar for Hunter Bickham. A 10-year drug user, Hunter also found himself behind bars with no one willing to bail him wait.

This time was different. This time his parents were unwilling to bail him out like they had so many times before.

Bickham spent 30 days in jail and was later sentenced to drug court in Jackson County. 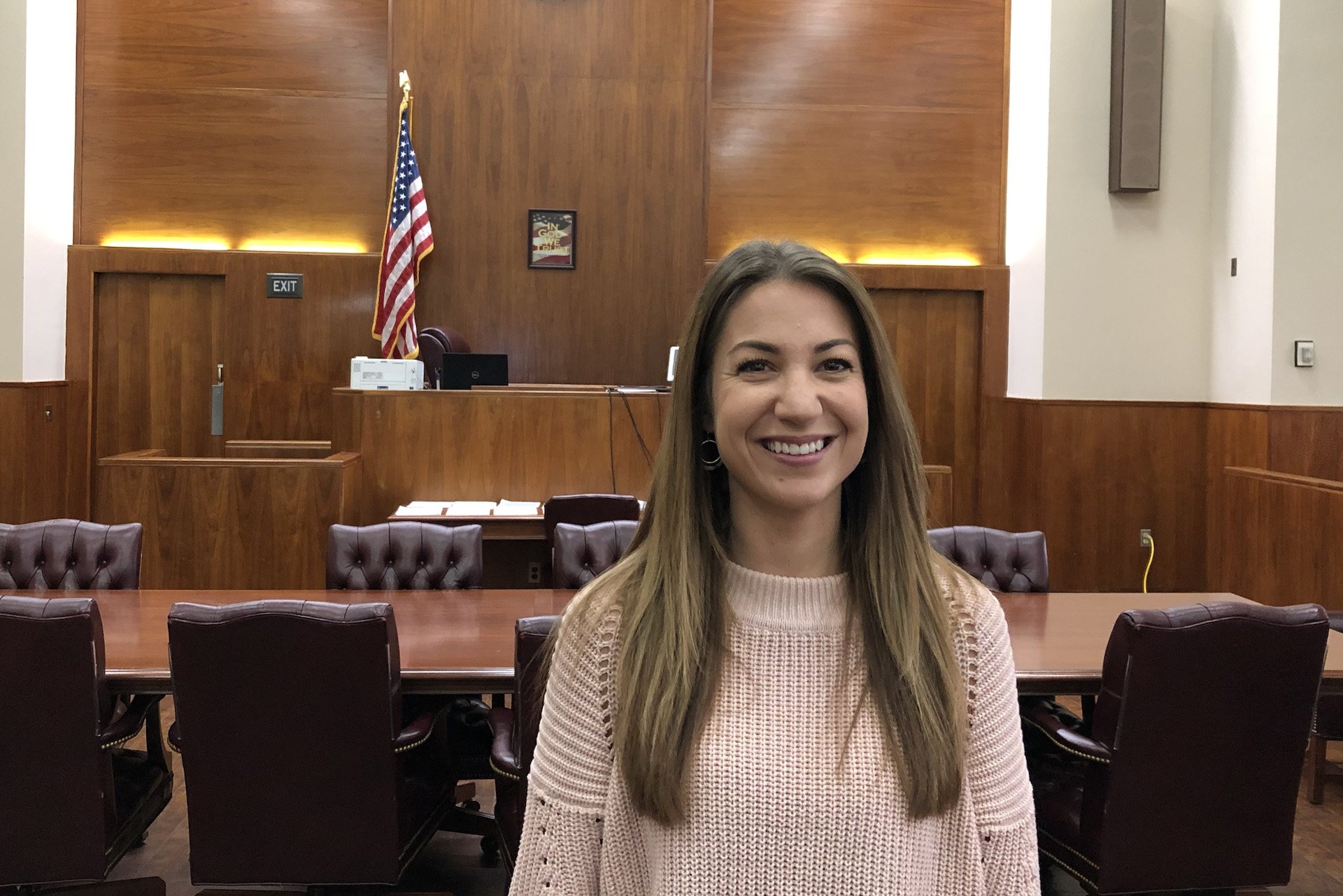 A pretty, soft-spoken young girl finishes high school and heads to college full of excitement. She was ready for a new chapter in life and to stretch her wings and experience the freedoms that come with leaving the house.

“I got into drugs pretty soon into college,” she said. “It was something that I did every day. I don’t think I realized how deep I was into addiction at that point.”

“It got out of hand. Everything went downhill so fast,” she said. “I quit teaching and was living on the streets.”

She was stealing from her parents – anything that she could sell to buy the next hit.

“It was pretty bad. My parents pressed charges the last time and I went to jail.”

When Mary finally agreed after several offers to go to drug court, she was at rock bottom.

At the time Mary wasn’t ready.

And she didn’t. In the early days of her sentence, Mary was breaking the rules and found herself on her way to prison in Rankin County.

Prison is a last resort for the drug court, but it was the only thing at that time that would get Mary’s attention.

“It was the worst experience,” Mary said. “Prison is awful. It’s all addicts who didn’t get a chance to go to rehab.”

Mary was assigned to A&D (alcohol and drug treatment). It’s a well-known secret that A&D does nothing to help those struggling with addiction.

“It’s a joke,” Mary said. “A&D is where the most drugs are in prison. It’s terrible because all those who are in A&D are using while they are there. It’s also where the drug dealers go on their own because they know it’s where they can make the most money.”

“Prison ought to be a viable, safe sanction that we can use as a last resort,” said Christy, “but it’s not. When we do have to send them there, we hold our breath. When we’ve exhausted all our other options, we have no choice but to send them and we shouldn’t be afraid for their safety. It’s a polluted, corrupt system.”

During her time in prison, Mary was committed to not using drugs.

“It was hard, but I decided I was not going to use,” she said.

Mary spent nine months in prison and returned to drug court with a new determination to turn her life around. 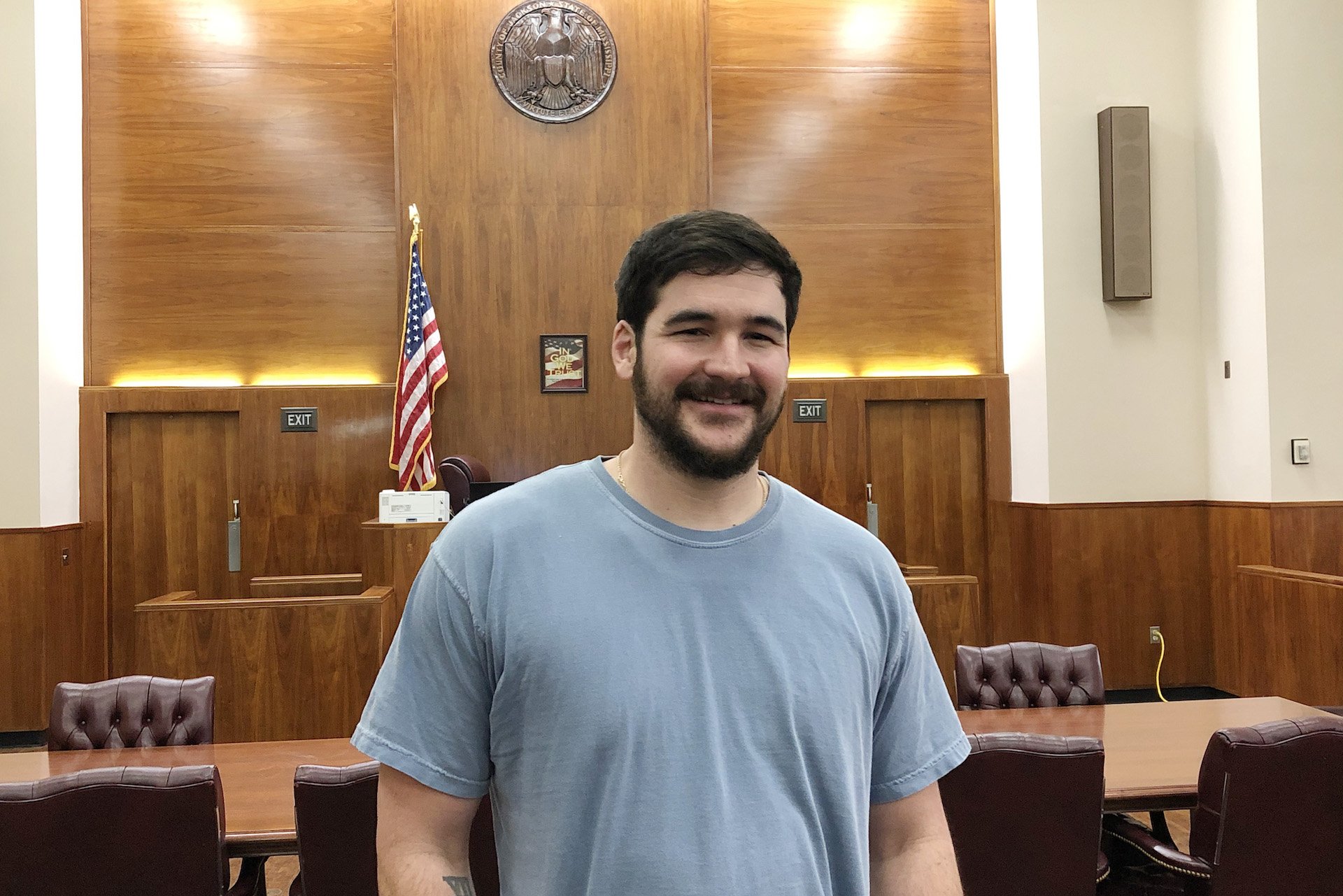 As a teenager growing up on the Gulf Coast, Hunter enjoyed the freedoms of living a life free from consequence.

“I was unknowingly enabled,” he said.

Hunter found himself experimenting with drugs. He carried the burdens of OCD and anxiety coupled with peer pressure and a genetic history of addiction in his family.

The drug use became a 10-year addiction that grabbed hold and took him to an extremely dark, lonely place.

“I was stealing from my dad – whatever I could find that I could pawn and make money to buy the next hit,” he said.

Hunter’s father, exhausted with the situation and not knowing what else to do, pressed charges against his son and had him arrested for stealing from the family’s home. Hunter found himself in jail.

“I was hallucinating while I was in jail because I was still on drugs at the time,” he said.  “I was going through my own psychological hell at that point.”

Hunter went to sleep and by the time he woke up the next day, the reality of the situation began to sink in.

“It was the beginning of a new chapter,” he said.

Hunter had been in rehab many times before but for the wrong reasons. As he sat inside his jail cell, this time was different. This time he wanted to do it for himself.

“All the times before it was because someone else wanted me to do it,” he said. “This time I wasn’t trying to outsmart someone. This time it was for me.”

Hunter agreed to drug court – something that he had run from many times before.

“There were always people telling me not to do it – that they were out to get me. Well, looking back on it, those were the people who were deep in the throes of their own addiction,” he said.

For Hunter drug court was different because there was someone to which he was accountable, and he knew that jail was just around the corner. Hunter began living day by day.

“I didn’t know if I was going to make it,” he said. “The sponsorship part of it helped me. I saw that there were people who really cared about our recovery and that this wasn’t just another program. It helped me to start believing in myself.”

Hunter’s sponsor played an important role in his recovery.

“I’d always heard that it helps to talk to someone when you’re having old thoughts creep in, but I never had actually done that until now. And it actually does help,” he said. “It’s helped just to be able to get some of that stuff out and to have someone to talk it through with. It made me accountable.”

“Drug court has taught me to speak up. It’s helped me gain my confidence.”

Today, Mary and Hunter find themselves on a path that they never believed was possible. They have restored relationships with their families and have hopes for the future.

“It sounds crazy, but the biggest hope I had when I was using was that I’d be able to get a legitimate prescription for pills that I could use the rest of my life,” Hunter said. “It’s crazy how life changes.”

Today, Hunter’s life looks much different. He has a job working at the local television station and has just started filming a movie.

“I’m living the dream,” he smiled.

For Mary, making her family proud has been a great reward.

“They are so proud of me,” she smiled. “They tell me weekly how proud they are of how far I’ve come.”

Mary works as a support counselor for drug court and hopes to go back to teaching. She’s also enjoying time with her daughter.

“I hope she can learn from me. I’ve been able to stay clean and sober. I hope she understands that you can lose everything so quickly. I’m so thankful for where I am now.”

They both agree that drug court saved their lives.

Hunter has been clean and sober for seven years and Mary for four years.

“We need to rethink the system,” Hunter said. “Addiction is a progressive disease. Nothing is going to change by locking people up and then letting them out. They only fall harder each time. We need to be thinking about rehabilitation and not incarceration.

“We also need about 100 more Miss Christy’s who care about people who are dealing with addiction. We need to send her to Jackson to tell them what works.”