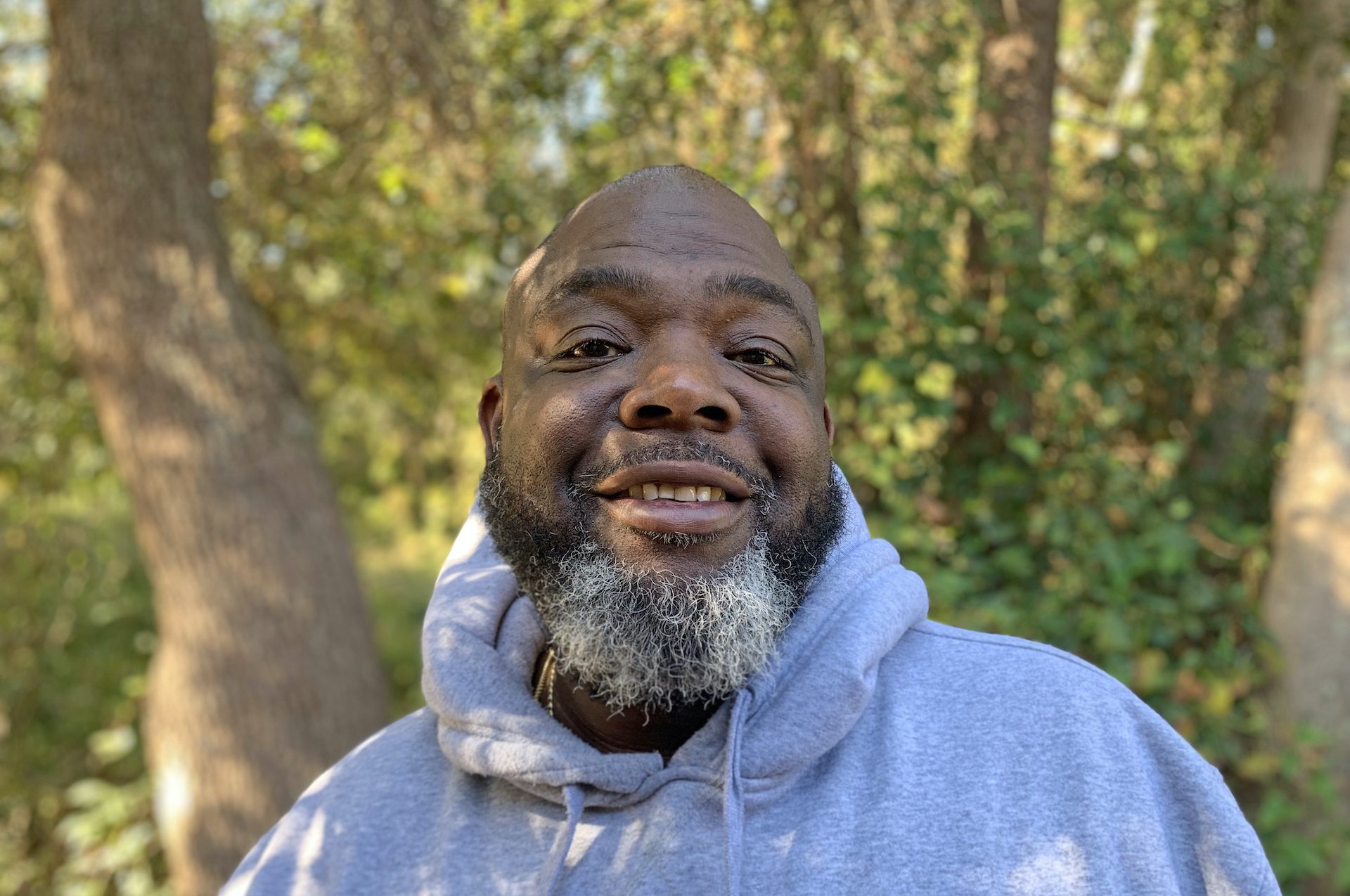 Genesis Wess sat behind bars for 19 years waiting for a second chance – something he wasn’t sure he’d ever get.

Genesis grew up poor. He knew he wanted better but was misled. He thought that what he was looking for could be found on the streets of Moss Point where he lived.

“My parents worked low-paying jobs and we were poor, and kids are mean. I wore what my mama could provide, but I found myself in a shameful state because I wanted what other kids had. My mom did the best she could with what she had.”

Genesis was hanging out with the wrong crowd and found himself using drugs.

“I took on a lifestyle because I wanted to be accepted and the drugs became a full-blown habit for me,” he said. “I didn’t understand who I was. The drugs made me selfish, they made me a selfish, deceitful person.”

Genesis recalled a childhood friend who grew up in a similar situation.

“He went off and came back with nice clothes and jewelry and all kinds of things,” Genesis said. “I didn’t understand where he got that stuff and I asked him, and he told me crack. He said he got $20 every time he sold that rock.  Here I was over here trying to cut crass to make a little money, but he was making money and able to buy the things he wanted, so I decided then that I wanted to do that too.”

Genesis worked hard mowing yards and saved up his money like most young boys, but unlike most, he saved up his money to buy drugs. He decided that he could buy the drugs and sell them to make the money for the things he needed that were hard to come by at home.

What started as a quick way to make money turned into a lifetime struggle with addiction.

“I started out chasing a lifestyle, but it quickly turned to keeping up a drug addiction,” he said. “I was spiraling out of control as a teenager.”

Genesis spent time in and out of jail. He was arrested for possession of paraphernalia and later for robbery, but he was able to beat those charges.

“I saw that I was about to get out of it, and thought I was good,” he said.

That wasn’t the case. Genesis landed in Parchman because of distribution and robbery charges, and while in prison, he was determined to do better.

Behind the prison walls

“There isn’t anybody behind the prison wall who won’t tell you they want to do better,” he said. “Everyone wants to do better.”

Genesis was assigned to drug treatment classes while in prison.

“Those treatment classes are not taken seriously,” he said. “Sometimes they don’t even have them, and then other times they just don’t even care if you’re there or not.”

When he was released, he went back to his old way of life because he was struggling with an addiction and back in his old environment. Not long after, he was arrested on a felony conspiracy to distribute cocaine charge. This time it was a federal case, and he found himself sentenced to 22 years in federal prison.

“I went in defeated,” he said. “I spent the first 15 years in prison as a defiant person because I was mad. I lived that lifestyle for 15 years.”

During that time, Genesis began to realize that there was more to life.

“I got tired of living that life,” he said. “I was tired of doing the same thing and coming up with the same result.

“Everything changed with God.”

Genesis committed his life to Christ in 2015 and began to turn his life around.

“It was hard. I survived by the grace of God, but there were some trying moments.”

Genesis would spend the next several years becoming a stronger Christian and spending time studying his Bible.

In 2018 Genesis and others in the prison began to hear about the First Step Act. The First Step Act was signed into law on December 21, 2018, by President Donald Trump. It was designed to reduce recidivism, decrease the federal inmate population, and maintain public safety.

Under the First Step Act, Genesis was eligible for early release, but he wasn’t hopeful.

“We’d heard things like that before,” he said, “but we watched the president sign the bill and we saw Matthew Charles on CNN.”

Matthew Charles was the first person released under the First Step Act.

“He was a career offender,” said Genesis, “and I knew that if he had a chance, then maybe I did too.”

Months went by and Genesis heard nothing.

“There were plenty of guys that I knew who were getting out. They were talking to their lawyers and they were being released, but I didn’t hear anything,” he said.

Genesis asked his late mother in a phone conversation to contact his lawyer for him.

“She told me we weren’t going to be bothering that man and just to wait my turn.”

One afternoon Genesis heard from his lawyer who, unbeknownst to him, had been working on his case since the First Step Act was signed into law.

“It was like immediate release once I heard from my lawyer,” he said.

Genesis was released from prison on April 5, 2019 – 19 years after he entered the prison system.

“It was overwhelming,” he said. “I had been away from society for so long that it was like everything was moving too fast.”

Genesis went home to live with his elderly parents in Ocean Springs. Ninety days later he had an ID and four months after that was able to get a job.

“It was hard,” he said, “because nobody wants to hire you, and I couldn’t get any kind of government assistance because of the drug offense. I finally found a job working for a cab company in Biloxi.”

Genesis heard of an opening with Sevita Health – a company dedicated to helping people with disabilities live independently.

“I told my family, ‘They ain’t going to hire me,’” said Genesis.

Genesis interviewed with Jamie Farnham, Program Director at Sevita Health, and got the job.

“It’s important as an employer that we find the best possible candidate for the job,” said Jamie. “Our organization provides care to individuals with intellectual disabilities and so the hiring process for me has a lot to do with personality and the desire to help others rather than experience, education or someone’s past. Genesis’ situation was the first opportunity I had to provide someone with a second chance employment and his honesty in the interview process made me willing to take a chance on him and I have not been disappointed with that decision.”

In his role, Genesis works daily with individuals helping them.

“I’ve been blown away by the guys I work with,” he said. “I never dreamed I’d be in a place like this working with these people. It’s all God. These guys make me appreciate life. I look at them and they make me realize that if they can make it every single day, that while I may feel like I’m struggling out here sometimes I can do it too. It’s a full-time ministry. It’s given me patience and humbleness and it gives me a purpose.”

“Genesis has been a huge asset to the programs I manage and the people we serve,” said Jamie. “He comes to work happy and has pride in the job he is doing. Having Genesis with us has been an absolute joy. The energy he brings to providing the individuals we serve with the quality of life they deserve is amazing to watch.”

At age 44, Genesis has turned the page and beginning a new chapter in life.

“It’s just a part of the story,” he said. “Everybody deserves a chance, and you never know when somebody is ready to accept that chance to change.”