Day by Day Waiting for Jerrad 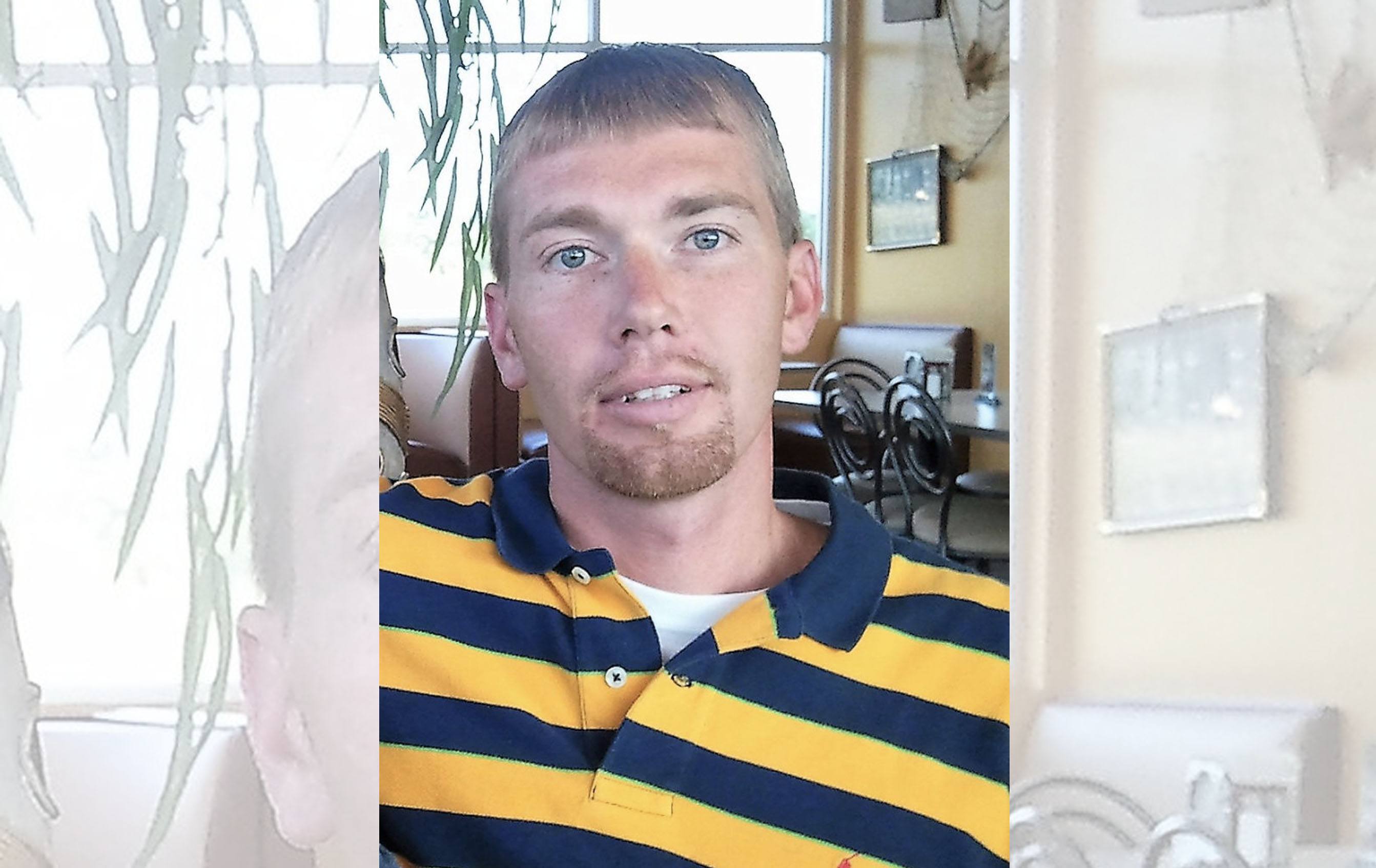 Ava and Noel Ellsberry of Perkinston are anxiously awaiting the homecoming of their son Jerrad.  But that day is still years away.

Jerrad is serving an eight-year sentence for a nonviolent drug offense because it was his third drug-related conviction. This means he’s not 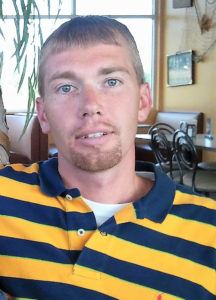 Jerrad Ellsberry is serving an eight year, day for day sentence for a non-violent offense.

eligible for parole or early release, and must serve the sentence ‘day-for-day.’ Jerrad was advised in the Spring of 2017 that under a new law, he qualified to petition the sentencing judge to allow him to go before the parole board for consideration.  However, the judge denied the request. And as he sits in a prison cell in South Mississippi, Jerrad’s parents can’t help but worry as the number of prison deaths in August reached 16.

Jerrad’s criminal offenses stemmed from addiction issues according to his parents.  “He is a smart, intelligent person,” Ava said. “He has made some stupid mistakes, but he also had a series of events in his life that did not help matters.”

In 2005 Jerrad pled guilty to drug possession with intent. That felony on his record made it extremely difficult for Jerrad to find stable employment.

“He could not get a stable job after his first conviction,” Ava said.  A local business owner fired Jerrad after 4 months of employment because someone informed him that Jerrad had been in jail because of drugs.

Jerrad returned to drugs and, according to his mother, became addicted.  In April 2007, Jerrad went to Texas where things only worsened. His struggle with addiction led to an arrest.  After his second conviction for drug possession with intent, Jerrad was transported back to Mississippi to serve his prison sentence.

“In December 2008, MDOC (Mississippi Department of Corrections) paroled Jerrad to Texas.  However, when Texas was notified to come get him, Texas replied on two separate occasions to “Release Our Detainer”.  Due to Texas’ decision to release their detainer, Jerrad remained in jail while officials in Mississippi reconsidered his parole for release to the streets of Mississippi.  “MDOC finally made the decision 7 months later (July 2009) to release him”, Ava said.

Once released, Jerrad enrolled at the Gulf Coast Community College Perkinston campus where he completed an associate degree as well as a technical degree for commercial and residential maintenance in May 2010.  Jerrad got a job immediately after graduation and was on track to rebuilding his life.

It was on a weekend trip to the coast that things took a drastic turn.  While traveling Jerrad pulled over alongside the highway with car trouble.  An officer stopped to help and discovered a warrant for Jerrad’s arrest.

“When the officer ran Jerrad’s information, it came up that he was a fugitive from Texas,” Ava said.

Jerrad was arrested and sent back to Texas.  Ava vented frustration saying that her son had been following the rules and regularly checking in with his parole officer in Mississippi.

“The State of Texas had all the information they needed to reach Jerrad through the parole office as well as his address and phone numbers, but they did not attempt to locate him.  They just listed him as a fugitive,” she said.

Texas authorities were little help, telling the Ellsberrys that a “mistake” had been made when they released the detainer to MDOC.  Jerrad had no choice but to serve out the remainder of his sentence.

“Jerrad was released from Texas in January 2012, returned to Mississippi, and had a job by April 2012.  He was gainfully employed and doing well,” said Ava.”

He was on his way to a better life when a string of life-altering events occurred.  A few short weeks after the birth of his son on December 4, 2012, Jerrad was laid off from his job on Christmas Eve.

“Fast-forward to New Year’s Eve,” Ava said, “and Jerrad rode to the coast with Josh, a close friend from middle school.”

While on the coast, Josh and Jerrad were involved in a head-on collision.  Jerrad was trapped in the passenger seat of the vehicle for a few hours while crews worked to extract him.  As he sat bloodied and bruised, his best friend died in his lap.

“Jerrad had to sit in that car and watch his best friend, laying across Jerrad’s lap, die before his eyes,” Ava said as her voice shook.

Jerrad was transported to the hospital where he was admitted into intensive care.  “Just a few days later he was released from the hospital on pain medication,” said Ava.  Several days later, Jerrad was driving his vehicle when a deer ran out in front of him. Jerrad swerved to miss the deer, causing him to run off the road totaling his car.  “Those events set him on a downward spiral. He again turned to drug use and involvement with drugs. It’s no excuse for what he did, but it’s just the truth. In his mind, he felt like he had no hope.  His job was gone, his medical insurance had ended at midnight of New Year’s Eve — just minutes before he arrived at the hospital — his vehicle was totaled, and his unemployment benefits would end in a couple of months,” Ava said.

Jerrad was arrested for drug possession with intent on July 8, 2013 and in September 2015 of that year he pled guilty and was sentenced with a habitual enhancement.

The habitual enhancement is a law which denies individuals parole eligibility  and opportunities to earn time off their prison terms for participating in rehabilitative programming and work training.

“He was sentenced to eight years day-for-day even though one of his convictions was from Texas,” said Ava.

Jerrad served time at several prisons throughout the state before being sent to the Stone County Correctional Facility.  He was, as his mother described, a model prisoner getting along with inmates, courteous to the guards, working at the facility, and never having any discipline issues at the facility.  However, Jerrad was transferred to the South Mississippi Correctional Institution.

“He was informed without detail that he was too friendly with the guards and was moved to the South Mississippi Correctional Institution (SMCI),” Ava said.

For fear of retribution, Ava said Jerrad would not elaborate on the conditions at SMCI.  Jerrad has been moved from SMCI to Marion-Walthall Regional Correctional Facility effective September 6, 2018.

In the Spring of 2017 while Jerrad was at SCRCF case managers called Jerrad and the eligible day for day offenders into a meeting to advise them that under the new law they qualified to petition the sentencing judge to allow them to go before the parole board to be considered for parole.

Jerrad petitioned the judge and after several months of advocating for himself, he was denied the opportunity to go before the parole board–the sentencing judge denied his request.

Recently, Mississippi’s habitual enhancement has received more scrutiny for imposing long prison terms on individuals based on prior convictions, regardless of the nature of the offense or the time that’s elapsed since their last conviction.

Mississippi currently pays to house hundreds of individuals for long prison terms under this habitual enhancement law, which denies judges the discretion to provide alternatives to incarceration, like drug treatment. The law also denies people sentenced with a habitual enhancement incentives to participate in rehabilitative programming while incarcerated.

Ava believes her son, like many drug offenders, deserves the opportunity to get the help he needs in a treatment facility.

“Jerrad would not only benefit if he were treated, but the state would also benefit from the money saved by housing all these prisoners who really need treatment instead of being locked up,” Ava said.  “If we could get these people fighting addiction into an environment where they are truly able to live free of drugs that would be time better served. Jerrad wants to be able to work, feed and care for his children, and be a productive member of society.”

“Jerrad’s only criminal activity has been drug-related,” she said.  “His charges are non-violent and there needs to be a different category where people suffering from drug addiction are able to get the help they need.”

Until then, Jerrad is left with no other option but to sit inside the prison walls and serve the remainder of his sentence.  His family is also left doing time as they pray for his safety and swift return home.

In recent weeks, the Biden administration has twice made education news. First,…

The idea of limiting regulations, or red tape, is more than just…