But how will we fund government without income taxes? 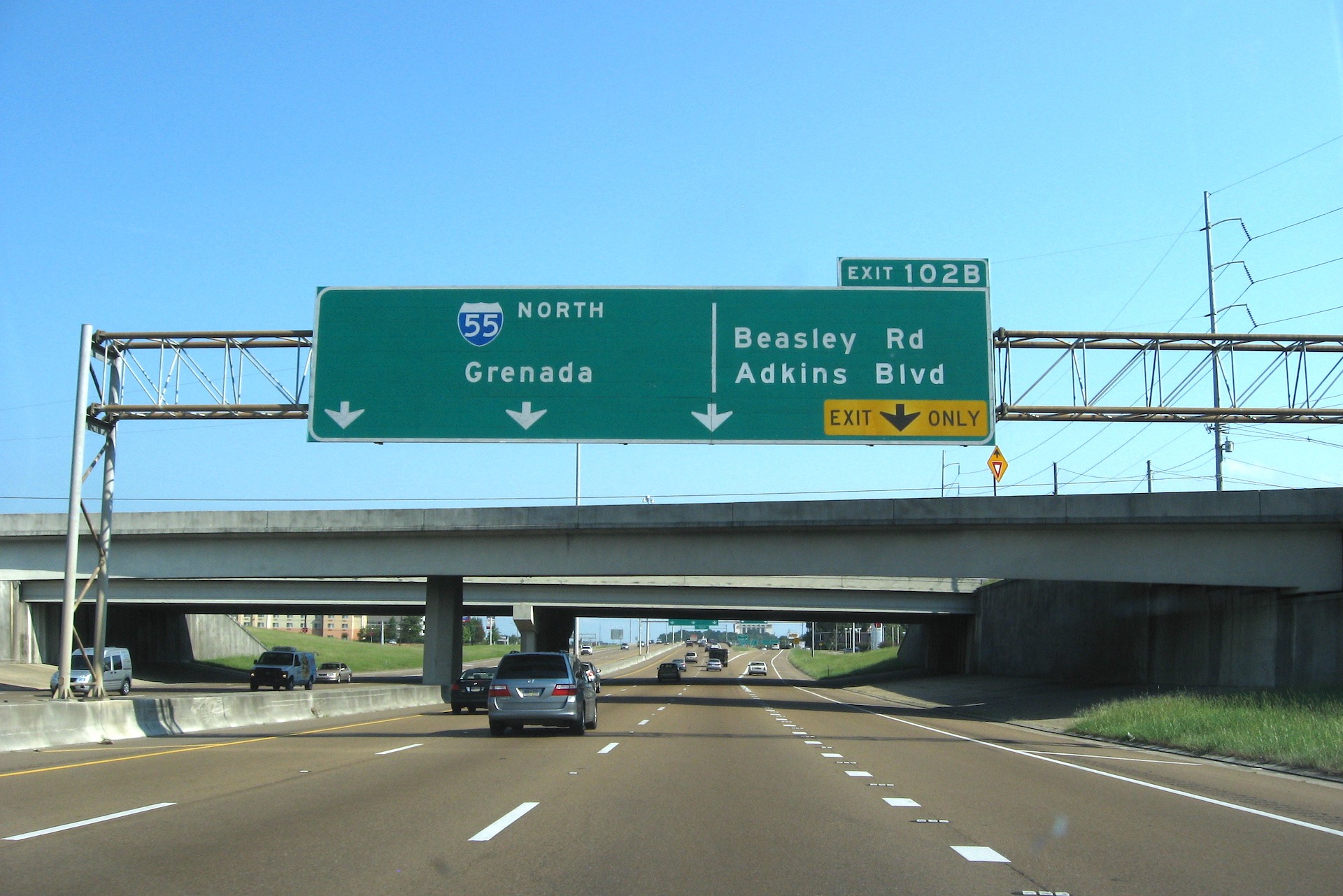 One of the primary concerns around eliminating the income tax in Mississippi revolves around the impact on state revenue. More to the point, how will government pay for core functions and services that citizens have come to rely on?

Fortunately, there are nine income tax free states with varying revenue models that can be looked to as examples.

In this article, I’ll look at state revenue levels and growth in each of the nine states without income taxes as compared to Mississippi. What will quickly become apparent is that Mississippi already collects a considerable amount of tax revenue relative to the size of its economy, but that tax revenue growth has occurred at a much greater pace in non-income tax states.

This phenomenon is a byproduct of the fact that non-income tax states have experienced exponentially greater growth in both population and state GDP over the last decade.

Let’s start with the baseline. Total tax collections in Mississippi were nearly $8.3 billion in 2019. As a percentage of our gross domestic product — the state’s total economy including government spending — tax collections were north of 8%. This puts Mississippi’s tax burden as a percentage of our overall economy in the top twenty in the country. 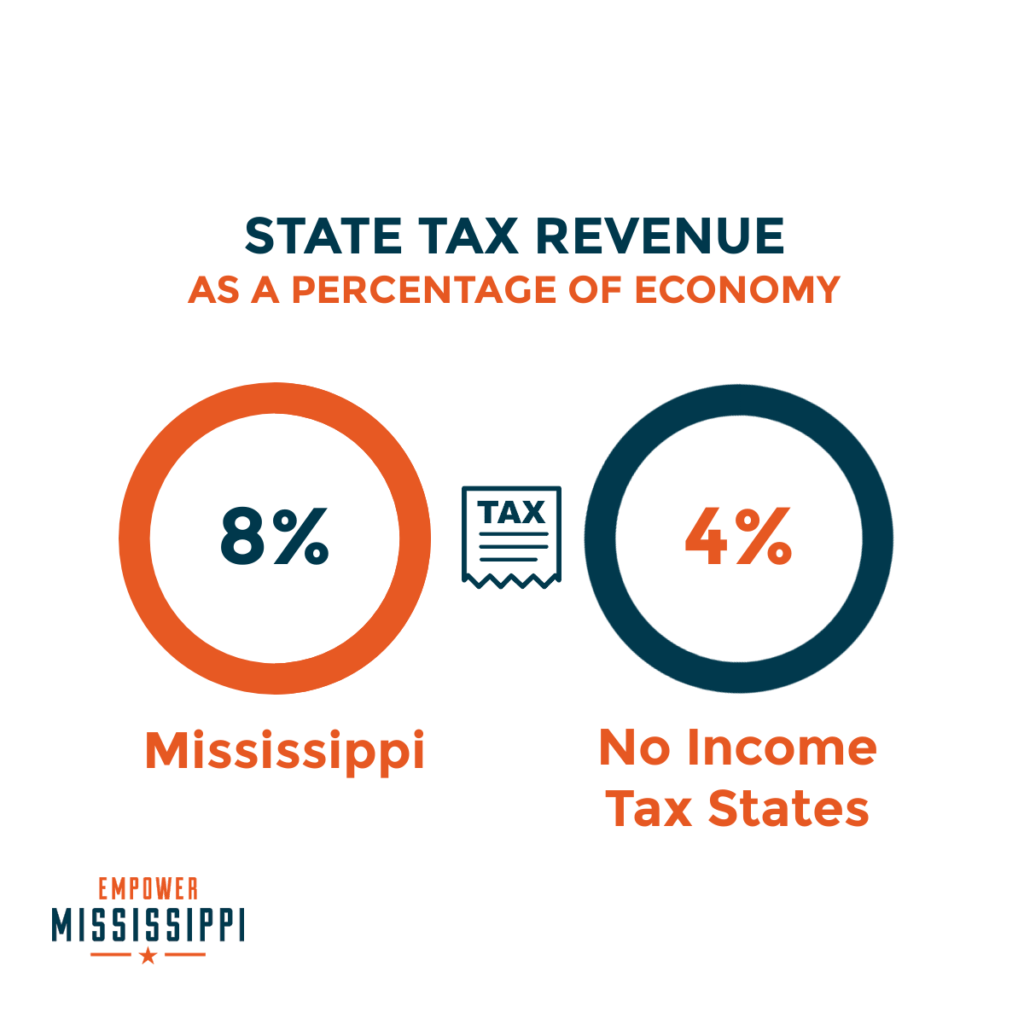 This means that the tax burdens in non-income tax states is roughly half of the tax burden in Mississippi, and a much higher percentage of earnings get directly reinvested into families, businesses and communities in those states. But what does it mean for the ability to fund the increasing demands of government? Revenue growth can shed some light on that question.

In 2010, total state tax revenue in Mississippi was $6.26 billion, increasing by 32.2% to the 2019 total of $8.3 billion. A nearly one-third increase in revenue collection certainly far eclipsing population growth plus inflation over the same period of time. 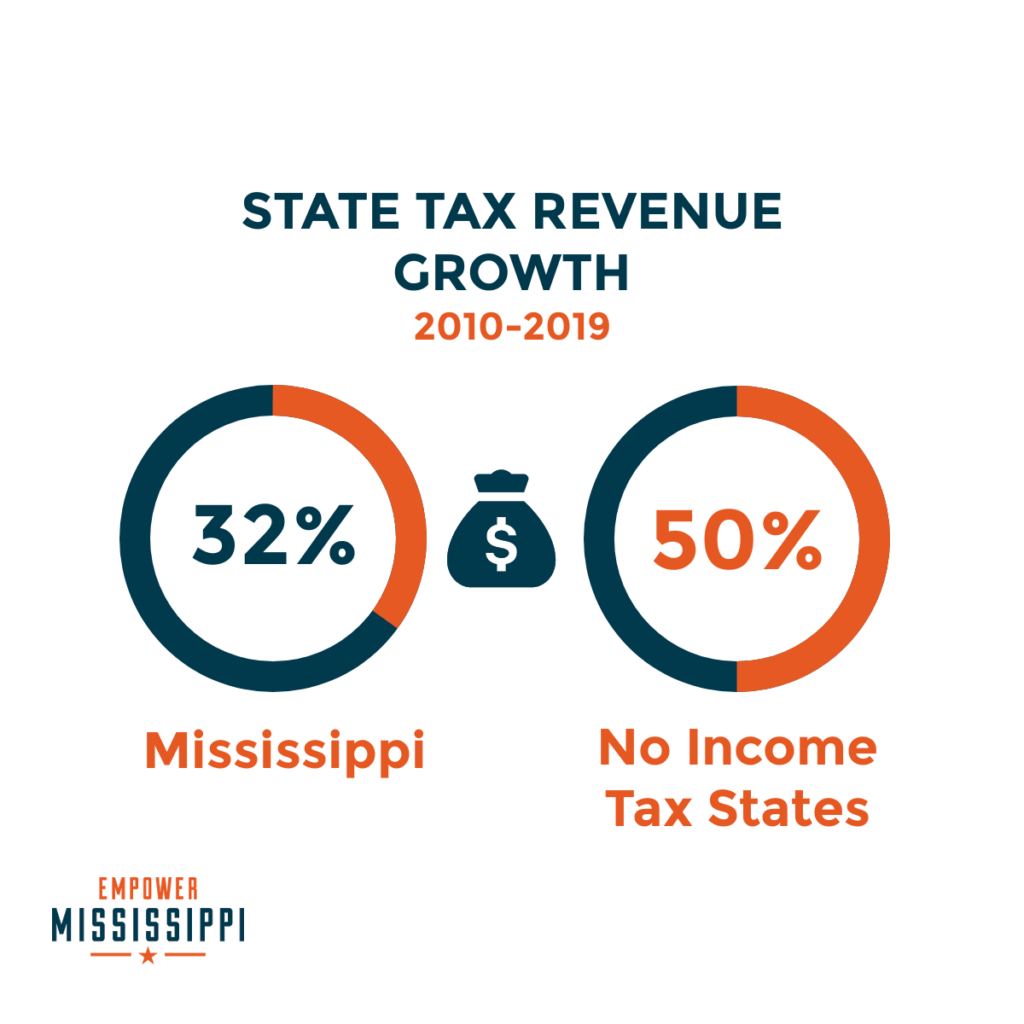 The revenue growth in these states is attributable primarily to growth in population and economic growth. In our last installation we looked at a wide variety of economic and population growth indicators, comparing non-income tax states to Mississippi.

While non-income tax states outperformed Mississippi pretty much across the board, two categories were especially telling: population and GDP growth. These were categories that not only left Mississippi in the dust, but the nation on the whole.

Non-income tax states experienced real GDP growth over 30% in the last decade, a rate 36% above national average and nearly 15-times that of the real growth of Mississippi’s economy.

The rapid economic growth of non-income tax states is no doubt largely attributable to population expansion, but also a byproduct of increased expendable income and resulting increased consumption of good and services. Low tax burdens with simultaneous increased revenues are a byproduct.

In our next installation on this topic, we will take a deeper dive explaining the different tax structures used in non-income tax states, the advantages of consumption taxes over income taxes, and offer some analysis on the effect of shifting toward consumption taxes in Mississippi.

Note on Data Sources: All data discussed herein was pulled from the Saint Louis Federal Reserve’s economic data and research on states, which in turn comes from a variety of sources, including the U.S. Census Bureau, the Bureau of Labor Statistics, and the Bureau of Economic Analysis.

Note on Comparisons: The data provides a series of proof points, but is not intended to be comprehensive or to replace more rigorous dynamic economic modeling. There are obvious distinctions between each of the states studied that should be considered by lawmakers contemplating the elimination of income taxes.

Within a decade, the U.S. health care system is projected to face…