“As a parent, you want the best for your child” 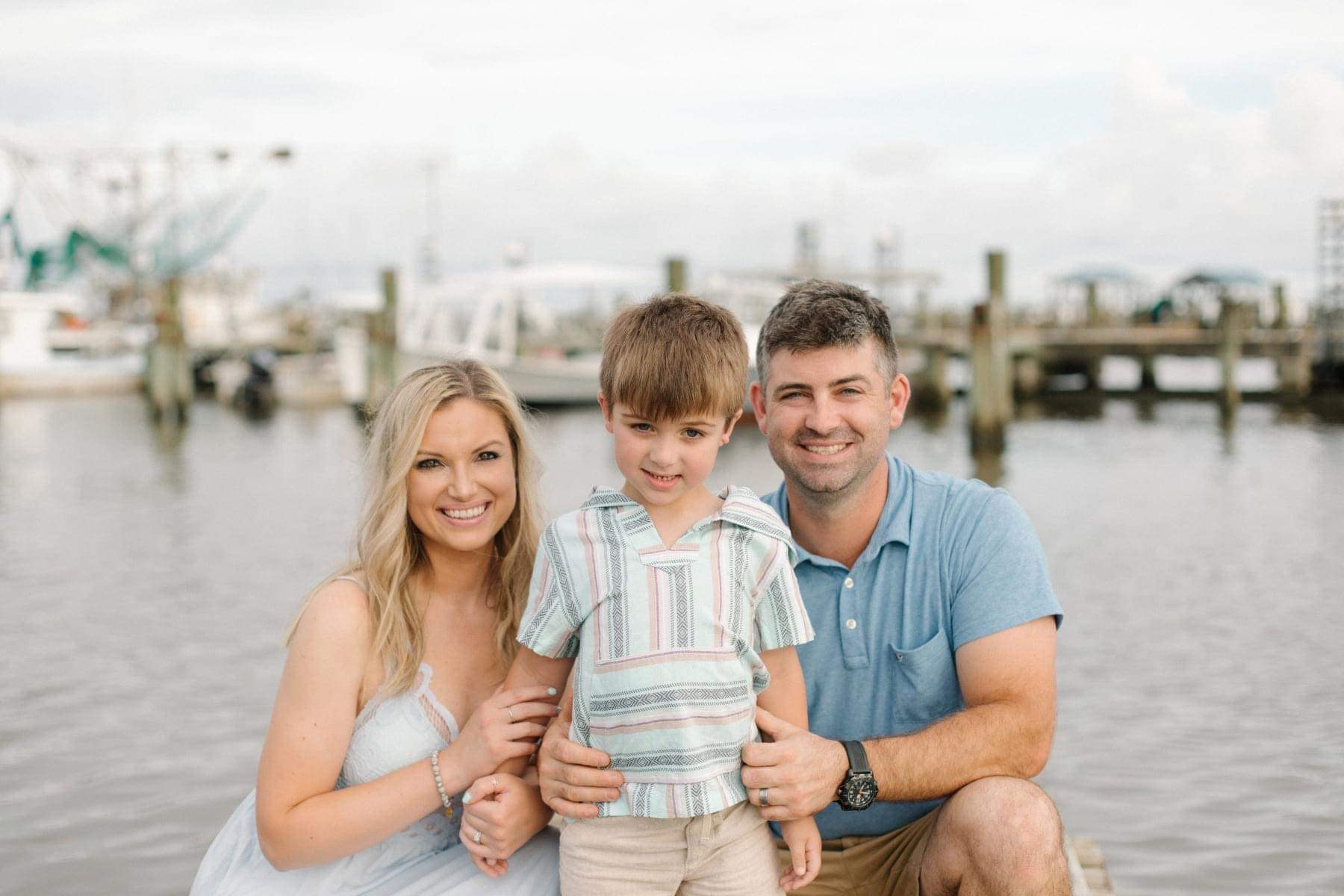 Starting school is often an exciting, anticipated right of passage for a child, but for some parents – parents like Josh and Elizabeth Saucier – it’s an upcoming milestone for their son that comes with a deep sense of anxiety.

“Nolan stopped talking at 18 months,” said Elizabeth. “Before that, he was saying four to five words and hitting all of his milestones.”

Elizabeth took Nolan to his pediatrician.

“We started thinking that he had hearing problems, but the more questions she asked the more we realized that there was something else there.”

Nolan was referred to a developmental pediatrician in Mobile. By age 2 he was diagnosed with autism.

“I immediately started crying because I didn’t know what to expect,” Elizabeth said. “I knew that I didn’t want a tough life for my son. As a parent, you want the best for your child.”

They enrolled Nolan in speech and occupational therapies and identified a small school that would work for him.

“He’s progressing well,” Elizabeth said. “He’s been verbal since he was 3.”

Today, Nolan is 5 and will graduate from The Children’s Center for Communication at Development at the University of Southern Mississippi in Long Beach. While Elizabeth and Josh are proud of their son and his accomplishments so early in his life, there is a sense of anxiety for what the future holds.

“Nolan has a hard time with transitions,” Elizabeth said, “and I worry about that for him with any school. My fear is how he will adjust to the changes. I’m looking for a smaller class for Nolan to help keep him from getting overwhelmed and to give him more one on one time with the teacher.”

The idea of placing Nolan is a traditional classroom was nearly frightening for Elizabeth.

“I just don’t think he is ready to go to a regular school and be in a classroom with 25-30 kids. Right now, he is in a class of four and I just can’t see him in that large class setting.”

“I have the fear that people won’t understand what Nolan goes through and that other parents in the class will get mad if he is struggling and disrupts the class. I just hope that no matter where he goes, people are understanding.”

Elizabeth has scoured the Mississippi Gulf Coast looking for options for Nolan.

“There is a private school in Gulfport called the Child Development Center for children with autism, but Nolan doesn’t qualify because he is high-functioning,” she said.

Elizabeth is determined that her son will not slip through the cracks. She has made it her mission to find a setting which works for Nolan.

“Not all kids are the same,” she said. “They each have their own struggles. Nolan has more struggles than the average child, but we are going to find the best place for him.”

Elizabeth has identified several options on the coast that would work. One of those options is Coast Episcopal School in Long Beach where she found a transitional kindergarten class.

“The class size is small with seven or eight kids,” she said, “and it’s perfect because I really wanted to hold Nolan back a year because I thought he wasn’t ready.”

The transitional kindergarten is exactly what Elizabeth was hoping for because it is for students who are not yet ready for kindergarten.

Elizabeth visited the class and saw a teacher who made accommodations for the different needs of her students.

“There was one child in the class who had a special seat that helped him with what must have been his need to fidget,” she said. “I watched the teacher get his seat out and help him with it and for the first time I could picture Nolan in a classroom,” Elizabeth said of the Coast Episcopal option.

She has continued to tour several other private school options along the coast.

“We want to give Nolan the best opportunity to succeed, and we feel like that is in a private school setting,” Elizabeth said.

Elizabeth has applied for the state’s Education Scholarship Account program which is designed to direct a portion of parents’ tax dollars to the education setting that best suits their child.

“The ESA would be a blessing because private school is expensive,” Elizabeth said. “There are so many expenses that go along with a child who has been diagnosed with autism that parents of typical children don’t have. We have therapy bills and other expenses.”

While there are plenty of excellent public schools available on the Mississippi Gulf Coast, Elizabeth and Josh agree that they are not the best fit for Nolan.

“My brother and I were blessed to be typical children and attend school in the Long Beach School District,” Elizabeth said, “but not all kids learn the same and it wouldn’t be an option for Nolan. Parents know what’s best for their children. We know Nolan’s struggles and his strengths. We know what works for him when he is having a meltdown. We are more aware of what works for him than anyone else.”

“By offering the ESA, it levels the field for all children to have access to more education opportunities,” Deborah said.

Deborah is a staunch supporter of the Long Beach School District where she taught for over 26 years but recognizes the need for options for every child.

“Some children need a smaller class size that may be found at a private school,” she said, “and the ESA opens up more choices for families. We have excellent schools on the Mississippi Gulf Coast and parents should be able to choose the one that works best for their child.”

Elizabeth’s hope for Nolan is that he is happy and healthy.

“I want him to lead a happy life with the least amount of struggles.”